Texas DPS arrests one in connection to riots at State Capitol, others sought

Officials said the suspects were captured on camera assaulting a State Trooper during the Austin protests. 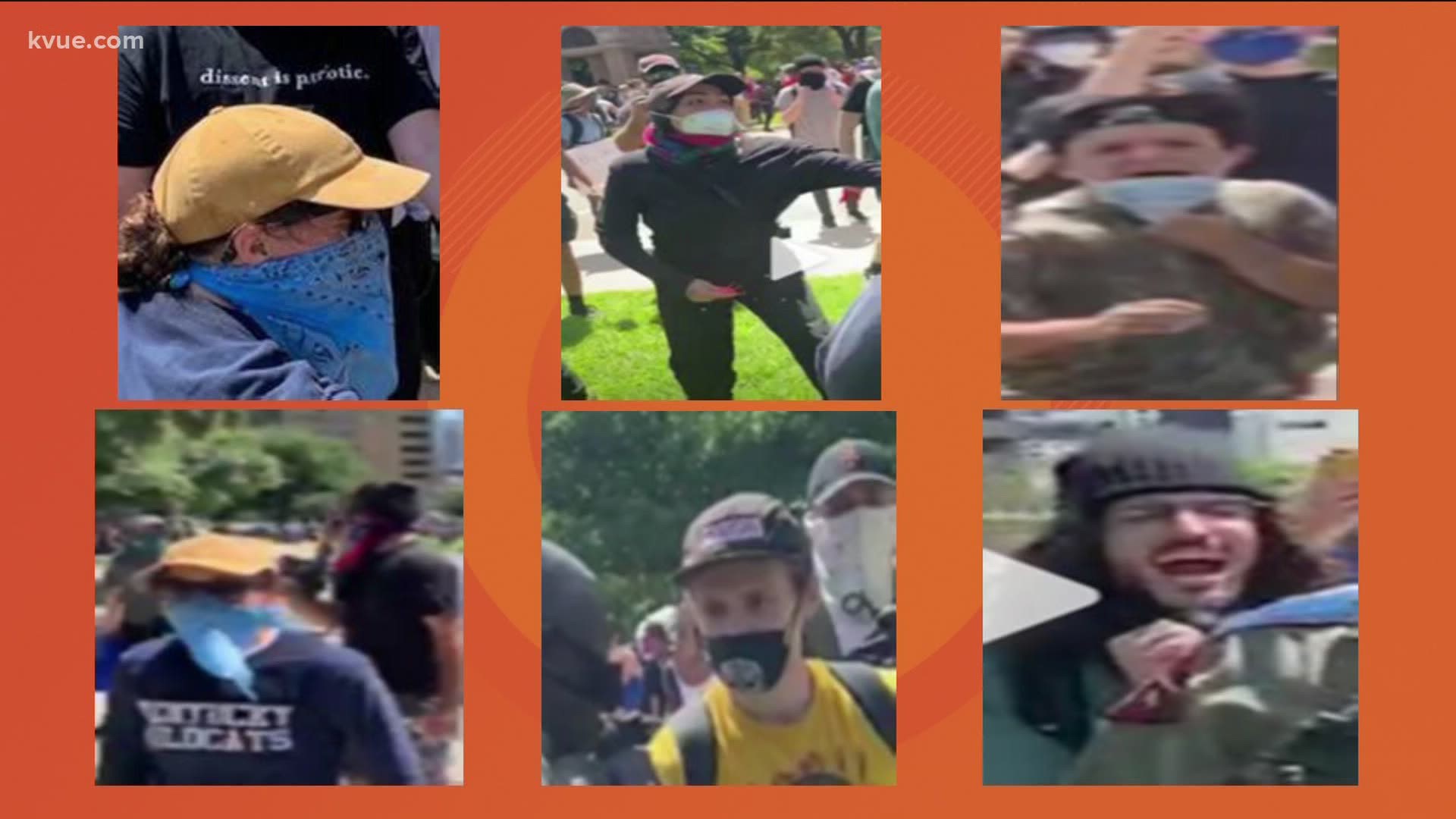 AUSTIN, Texas — The Texas DPS is seeking the public's help in identifying several individuals it believes could be involved in a riot that took place at the Texas State Capitol during the Austin protests.

Officials said a riot ensued on May 30 around 3:30 p.m. outside the Capitol, during which several State Troopers were assaulted. Officials said the Capitol building itself was damaged, along with other monuments and fixtures. A number of DPS patrol vehicles were also damaged and several Troopers were injured.

Several people involved were captured on video and in photos during the active assault of one of the Troopers, the DPS said.

Tips can be made anonymously and could earn you a cash reward.

On June 23, the DPS arrested one individual in connection to the vandalism and damages caused.

After reviewing hundreds of hours of video, special agents obtained an arrest warrant for Keegan Dalton Godsey, 23, of Austin. He was arrested for felony criminal mischief, riot and interference with public duties. He was booked in the Travis County Jail on Tuesday.

According to court documents, officials believe Godsey spray-painted "f--- the police" on the center south entrance doors of the capitol building. Damage costs were estimated at $12,710.