Funeral services for Officer Justin Putnam will be delayed until coronavirus restrictions are lifted. 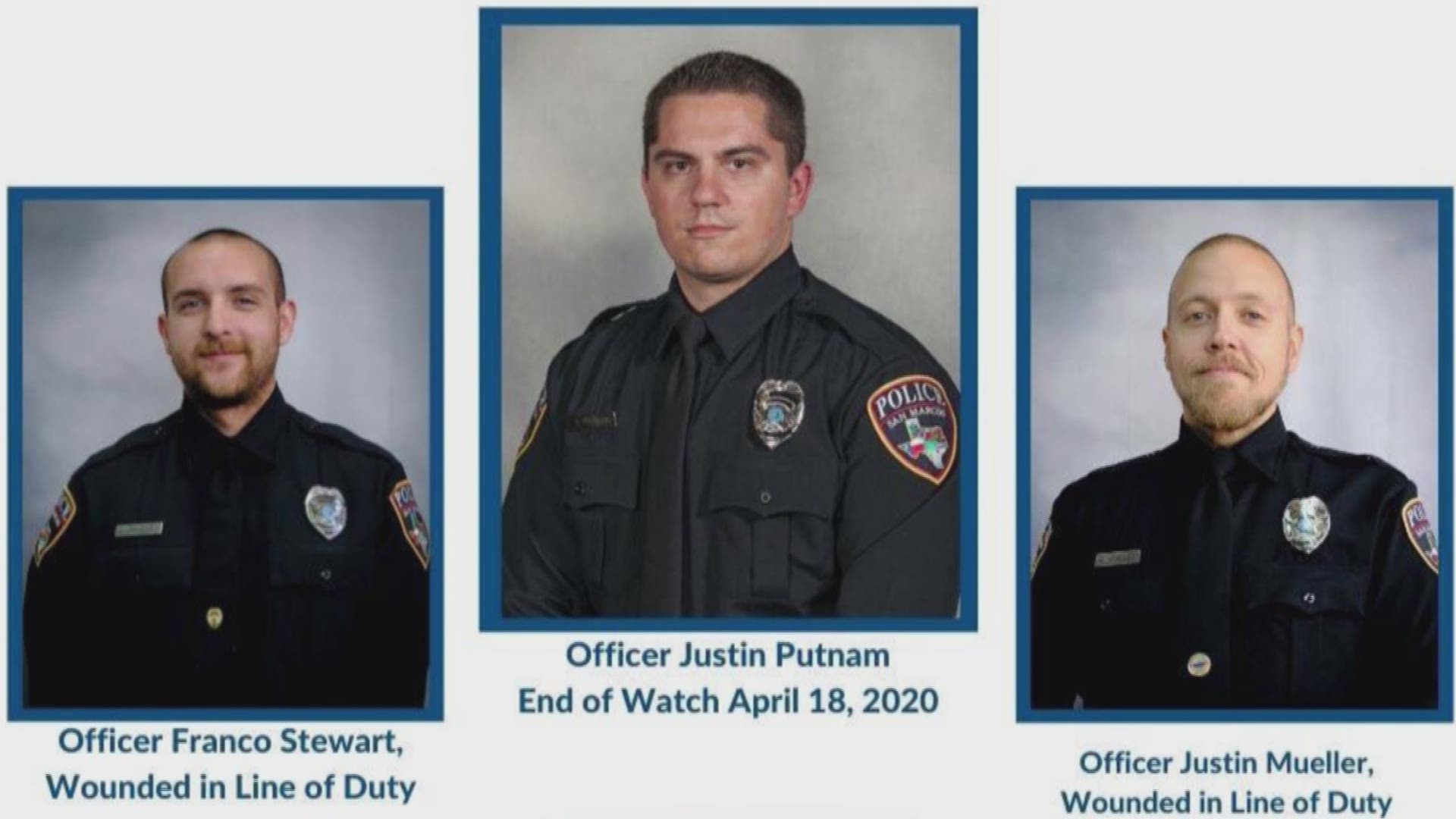 Officials say Jose Alfredo Perez DeLaCruz, 46, was an undocumented immigrant from Mexico who had been in the United States since the late 1990s.

“We continue to extend our thanks and appreciation to the Texas Rangers for their diligent work on this case and to our neighboring law enforcement jurisdictions and the community for their support and assistance as our SMPD family recovers from this tremendous loss,” said Interim Police Chief Bob Klett.

Officials said the case remains active, and they could not find any additional criminal records for DeLaCruz, who may have had several aliases. Officers Franco Stewart and Justin Mueller, who survived the shooting, have both been released from the hospital.

They say that when the officers responded to a domestic violence call, DeLaCruz ambushed them with a rifle while wearing body armor before dying of a self-inflicted gunshot wound.

Funeral services for Officer Putnam will be delayed until coronavirus restrictions are lifted. Donations for Putnam's family and the wounded officers can be made here.

RELATED: 'About this well.' Officer injured in San Marcos ambush is responsive, texting with friends

RELATED: 'He was such a family man' | Family of fallen San Marcos officer remembers him as protector, family man, jokester