Police in Castle Hills tried pulling over the driver when they suspected the vehicle he was driving was stolen, but he kept going. It ended when the engine blew. 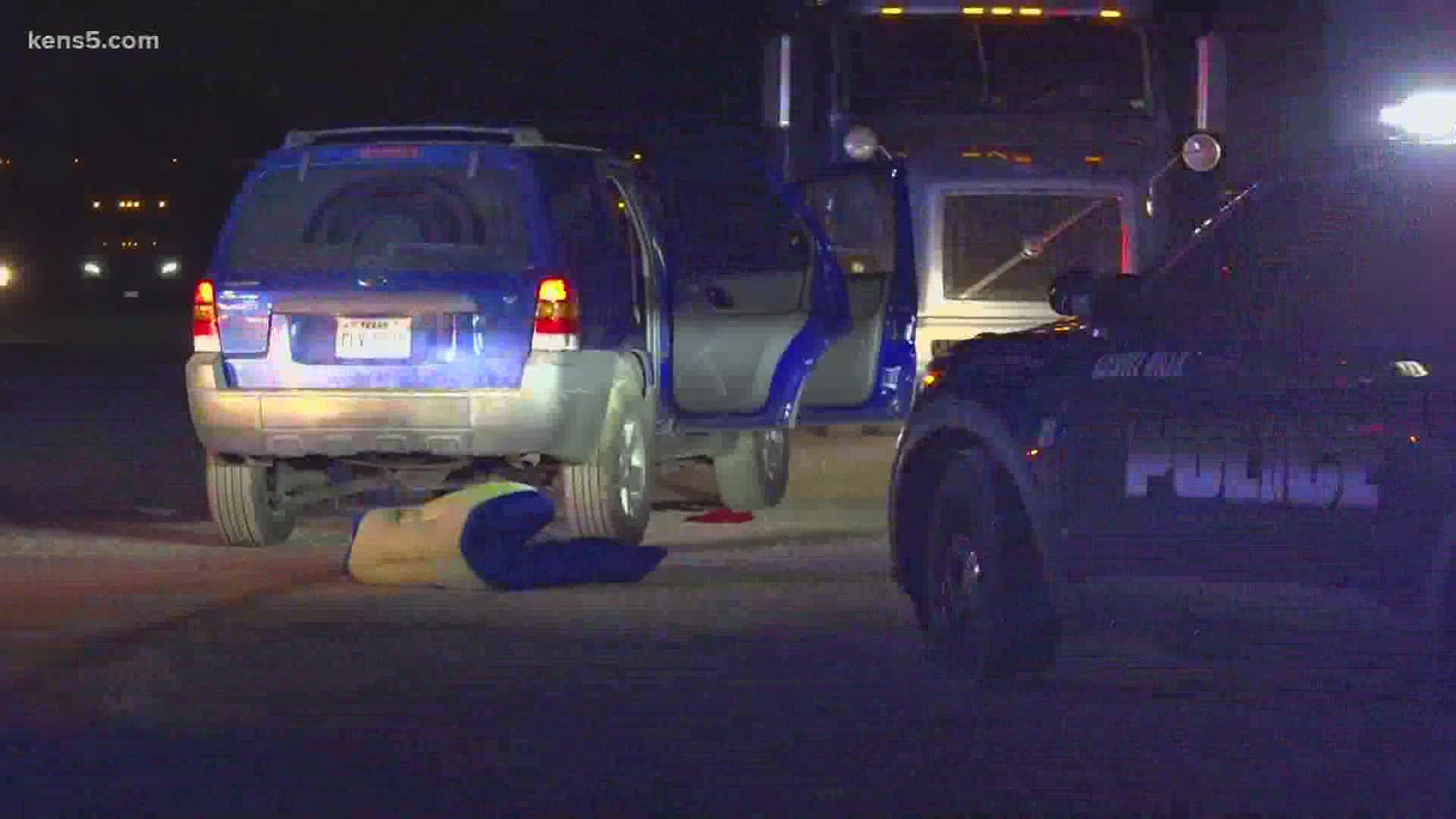 SAN ANTONIO — A teenager led police on high-speed chase all the way across town overnight. It started in Castle Hills and ended up south of downtown San Antonio, police said.

According to the Castle Hills Police Department, the chase went up to speeds of 100 miles per hour and ended when the suspect's engine blew. It started when police attempted to stop the suspected stolen vehicle at Blanco Road and Lockhill Selma Road.

That's when the driver raced over to I-10, drove all the way through downtown, then south on I-35 all the way to south Loop 1604, police said.

Police stopped the young male driver and young female passenger in a fireworks store parking lot. Officers said they learned that the teen had been reported to have run away.

Investigators found guns, ammunition and shell casings in the vehicle, and said the vehicle is connected to some recent robberies.

There's no word on whether the two people are suspects in those robberies or just this incident. No one was reported to be injured.