Watch raw video of the pursuit from Air 11. 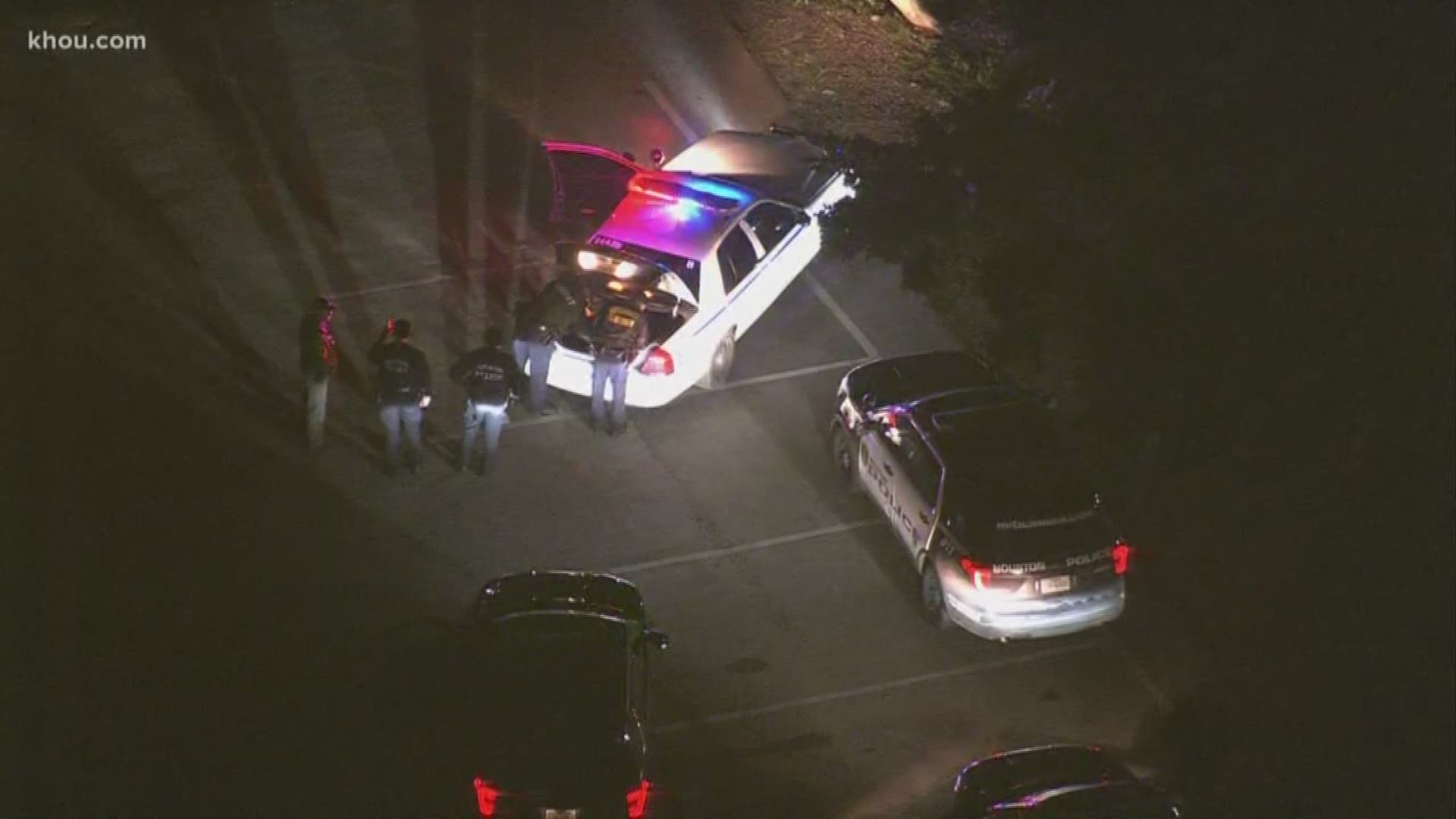 Harris County Sheriff's Deputies responded to an alarm call at the bank's ATM when the suspect, who was in a white Ford F-250 pickup, refused to pull over.

Air 11 was overhead for the resulting pursuit on the Eastex Freeway.

The suspect went northbound on I-69/Eastex Freeway past the Kingwood area before turning around and heading back toward town.

As of 6:15 a.m. the chase was near the 610 Loop still moving southbound on I-69. The suspect then went eastbound on I-10 the East Freeway after approaching downtown before exiting into a neighborhood.

As of 6:20 a.m. the suspect's truck got stuck in a ditch near Kress and I-10 in east Houston. He then jumped out and ran on foot. The suspect went through a neighborhood and a field before he was apprehended without further incident.

At this time his identity has not been released.