As Christopher Moreno got into the police car he told reporters: "I'm innocent." 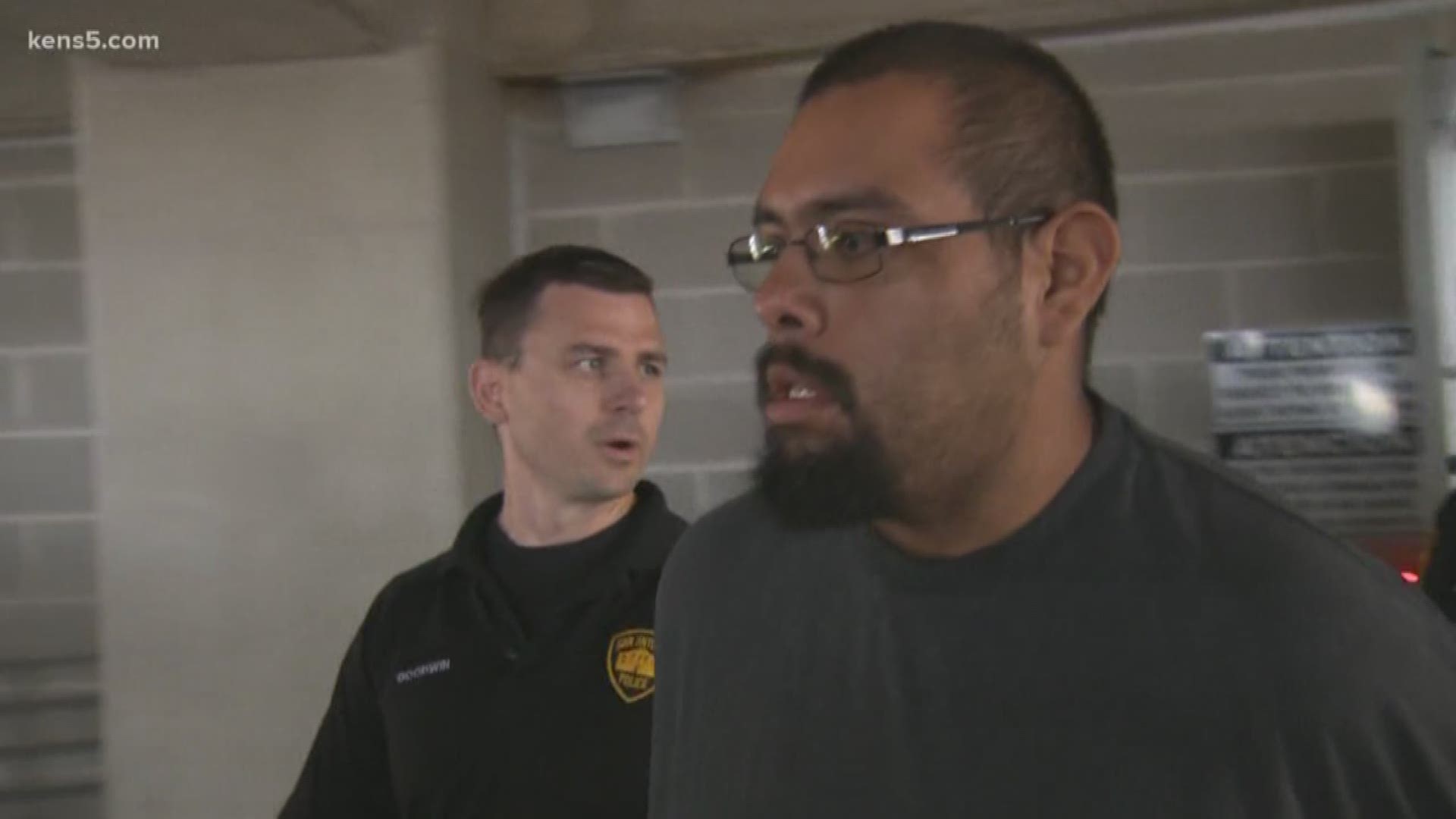 SAN ANTONIO — As Christopher Moreno got into the police car, he told reporters: "I'm innocent."

The 37-year-old is accused of running down Cynthia Gomez, a mother of four and a grandmother of five, back in January. On Jan. 13, police received a call for an injured person of the side of the road in the 8400 block of New Laredo Highway.

Gomez was pronounced dead when officers arrived on the scene.

After looking over video surveillance, homicide detectives realized that it wasn't a case of a hit-and-run, but rather it seemed that Gomez was intentionally run over.

Gomez reportedly left a party by foot around 1:30 a.m. that same morning.

Just after 2:30 a.m., video surveillance showed Gomez inside of Moreno's car. Police say it appears that Moreno pushed her out of the car, running her over before driving way. He then turned around and ran her over a second time at a high rate of speed.

Detectives do no believe the two had a relationship or knew one another prior to that night.

"Our homicide detectives did an incredible job. They were able to develop a suspect vehicle... which led to the arrest of Christopher Moreno," said the liaison for the San Antonio Police Department on Wednesday morning.

Moreno was taken into custody by detectives Wednesday morning on what would have been Gomez's 49th birthday.

RELATED: 'You know what you did' | Family of hit-and-run victim demand driver to come forward

Moreno has been employed with San Antonio ISD as a bus driver since 2017. With the help of SAISD police, he was arrested at the district's bus barn before he could start his shift.

"I think this is really shocking," SAISD spokesperson Leslie Price said. "Hearing from the transportation department, they had no issues with this individual in his work."

Price said a termination letter is being issued to Moreno.

As of Wednesday afternoon, he's being held in the Bexar County Jail on a murder charge with a $300,0000 bond.