Delgado was shot once in the torso, and died at the hospital. The cousin said that his father tried everything he could to save his son. 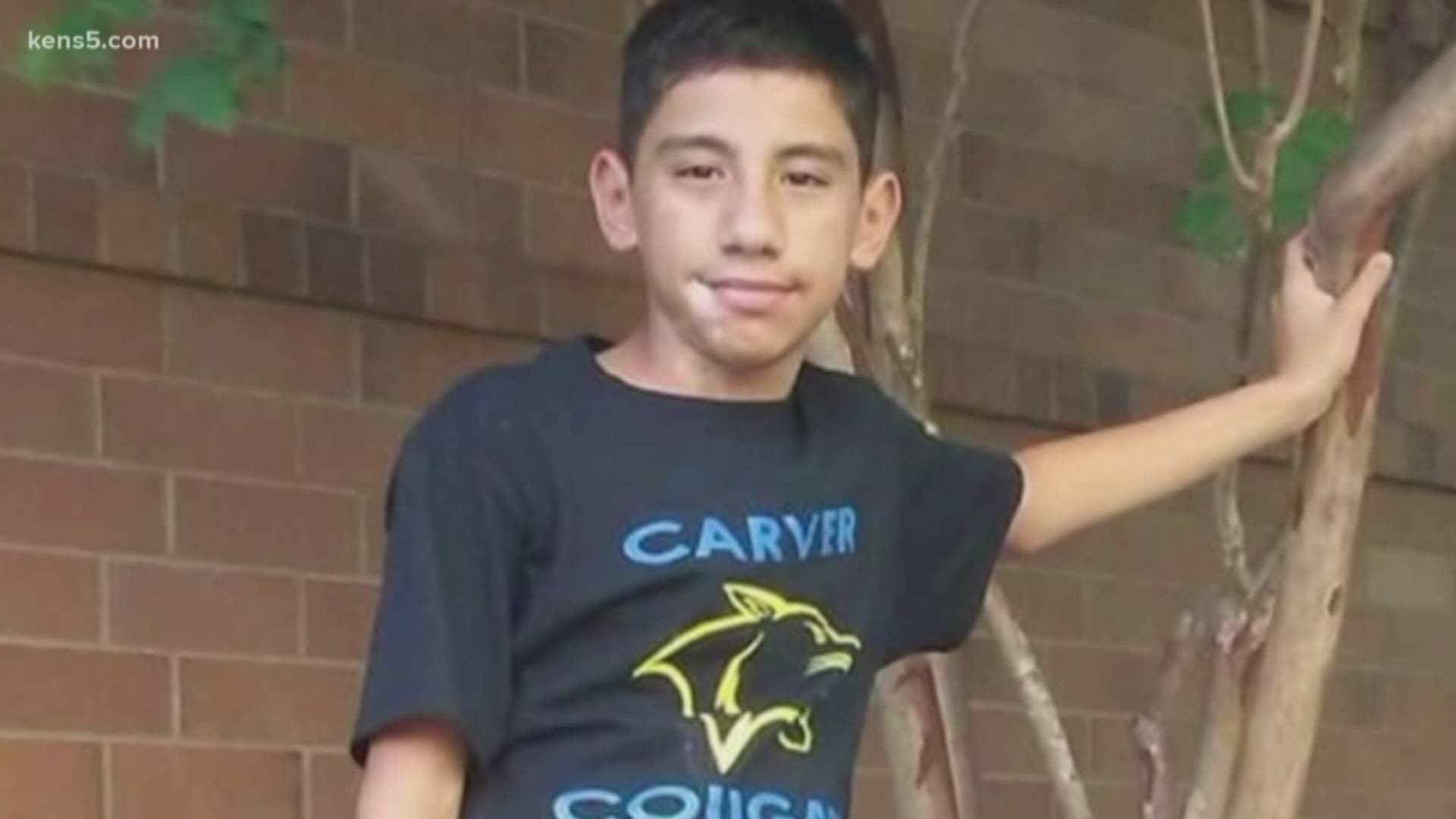 A 14-year-old's death is still a big mystery a week later.

Andres Delgado IV’s father was originally named a suspect but was later released. The kid everyone called “Baby Andy” was laid to rest on Wednesday.

According to the medical examiner's office, his death has been ruled a homicide. As of Wednesday, there have been no arrests and investigators say that they need more time to go over the evidence.

A family member told KENS 5 that no one really knows what happened that morning. They said that they're struggling to cope with the loss of their Baby Andy, who loved the Avengers and loved school. They said he was a free spirit who always laughed and joked around.

The cousin that KENS 5 spoke to also said he loved his father and sister with all his heart.

Last Wednesday, Andres "Baby Andy" Delgado IV was shot and killed at his home on the east side. San Antonio Police Chief William McManus said that when police arrived in the early morning hours, they recovered several weapons, including an AR-15 rifle and a pistol.

Delgado was shot once in the torso and died at the hospital.

The cousin said that his father tried everything he could to save his son. She said that the 43-year-old is a single father who loved his children. She also noted that people are making her uncle seem like he’s an “ugly demon” that killed his son on purpose, but she said that he would never hurt his kids.

The family thanks everyone for their thoughts and prayers.

Delgado also had a 12-year-old sister who was inside the home at the time but wasn't injured. The family has set-up a GoFundMe page to pay for his funeral expenses.