According to an affidavit, one of the guns used in the South Park Mall shooting was also used in the deadly shooting at The RIM on December 8. 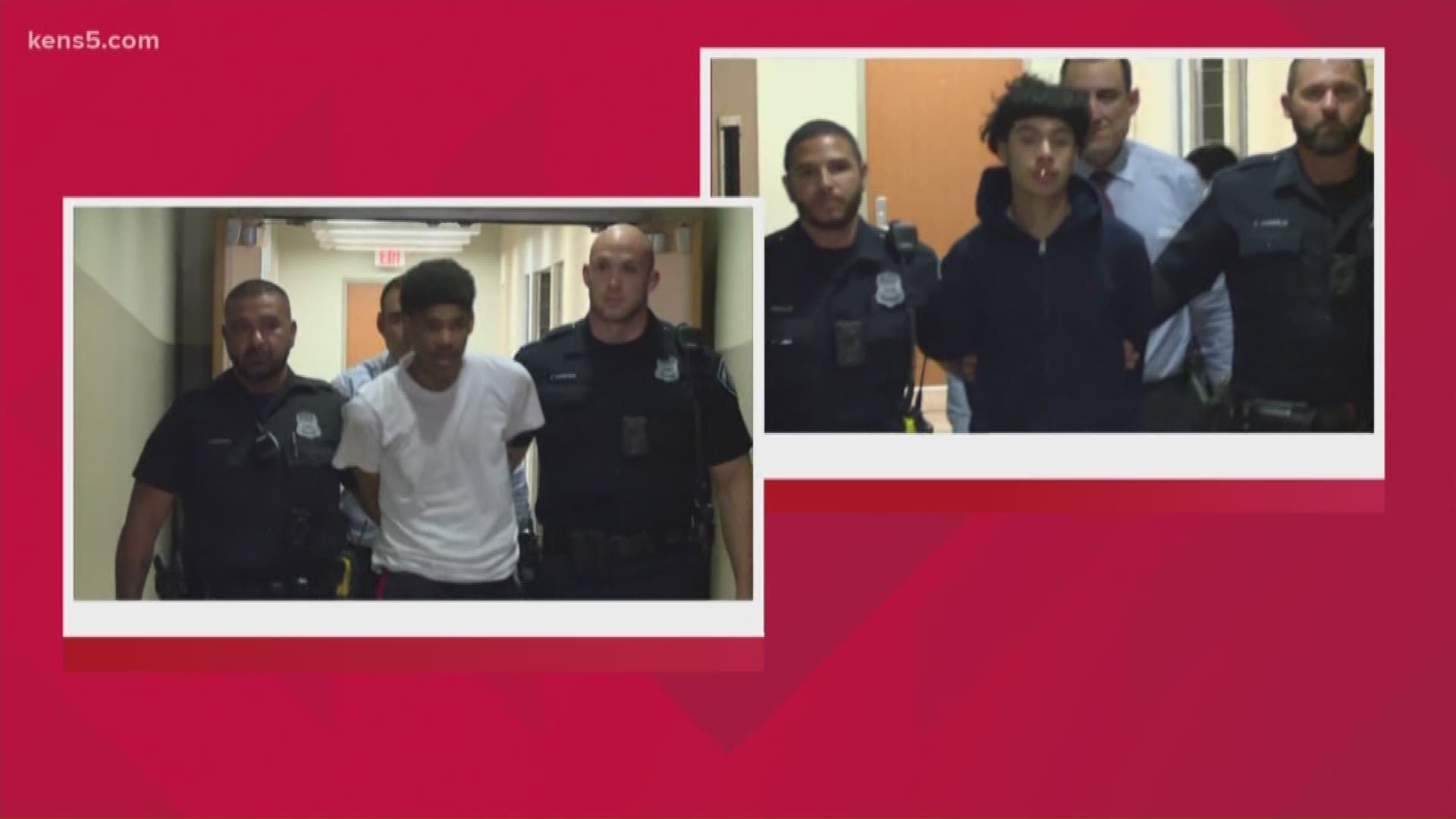 San Antonio police have arrested four suspects in connection with the shooting that sent four people to the hospital on December 18. The second pair of arrests came more than a week after police arrested two men: Lawrence Frambs, 21, and Da onte Johnson, 22

Police announced the arrest of the third and fourth suspects on Monday, December 30. Jonangel Cervantes and Markees Fanning, both 17 years old, each face four counts of aggravated assault with a deadly weapon. They will be charged as adults, police said.

They were arrested Monday on the south side. They were together in a vehicle, and the other people who were in the vehicle talked to police but were not arrested.

Credit: KENS 5
Jonangel Cervantes, 17, was arrested in connection with the shooting at South Park Mall.

Credit: KENS 5
Markees Fanning was arrested Monday in connection with the shooting at South Park Mall that wounded 4 on December 18.

San Antonio Police Department
Cervantes and Fanning were arrested yesterday by our Street Crimes U... nit and are each facing 4 counts of Aggravated Assault with a Deadly Weapon in connection with the shooting that occurred on December 18th at South Park Mall that left four individuals suffering from gunshot wounds.

In addition to the charges related to the shooting, Fanning faces charges because police say they found him with two handguns when they arrested him. Cervantes faces additional charges of marijuana possession and unauthorized use of a motor vehicle, police said.Police said they believe the teens know the first two suspects who were arrested.

According to SAPD Sgt. Michelle Ramos, police could still arrest more suspects. She would not comment on a possible motive for the shooting.

On December 22, police announced the arrests of Lawrence Frambs, 21, and Da onte Johnson, 22. Each man is facing four counts of aggravated assault with a deadly weapon after the shooting at South Park Mall. Frambs will also face charges for marijuana possession.

Police said they arrested the two men at separate locations on the southeast side Dec. 22, and added that they know each other.

The victims have been identified as Phong Troung Le, 17; Son Troung Le, 41; Antoine Spencer, 27; and Elsy Noelia Galeas, 19. An affidavit states that the four were shopping at a jewelry store inside the mall. They purchased something and were told to wait 15 minutes for it to be ready. They went outside for a cigarette break when they were confronted by the suspects who pulled up in a black Dodge Charger.

The conditions of the four victims is not known, but police said one victim has been upgraded from critical condition to stable.

Credit: KENS 5
Lawrence Frambs was arrested Sunday in connection with the shooting at South Park Mall on December 18.

Credit: KENS 5
Da onte Johnson was arrested Sunday and charged with four counts of aggravated assault with a deadly weapon.

Police said the shooting was not random, noting the victims were intended targets of the Wednesday night attack.

According to an affidavit, ballistic evidence indicates that one of the guns used Wednesday night was also used in the shooting death of Savawn Kyle at the Rim Shopping Center on December 8.

Police were looking for the suspects who fled the scene in a black Dodge Charger. A police spokesperson said they recovered that vehicle and it is in police custody as the investigation into the incident continues.

RELATED: 'They could have killed a child': Woman rushes to aid of shooting victims at South Park Mall