The young children of the victims of a murder-suicide are dealing with the trauma and struggling to put their lives back together. 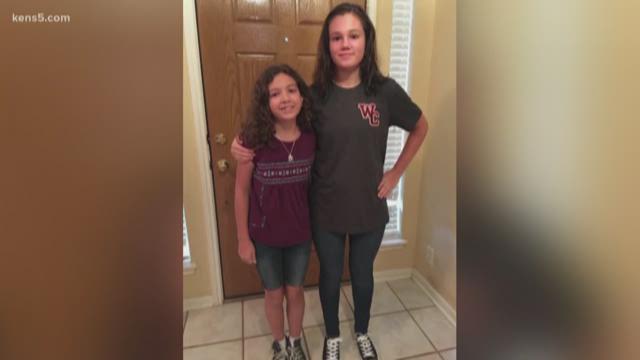 On Monday morning, SAPD and SWAT responded to a 9-1-1 call from 54-year-old William "Scott" Smith saying he was going to kill his wife then himself.

After shooting tear gas into the home, police entered to find Smith and his 46-year-old wife Jennifer dead in an upstairs room of their north-side home.

Hundreds of miles away, Scott's 27-year-old son Aaron found out about the unfolding family tragedy on social media.

"I found out through Facebook, through my father's post that said goodbye, and it was in the middle of the day," Aaron Smith recalled. "I looked through the comments and saw a video of a police officer in front of their house."

Then he read that there had been a murder-suicide.

"He had told me that Jennifer and him were going to get a divorce, he hadn't really said much other than that. I could tell in his voice he was really sad about everything. Definitely didn't expect any of this to happen though," he said.

The Smiths' three young daughters, Laura, Lily, and Amber, were at school at the time of the shooting.

On Thursday, they are with Jennifer's parents. The family says that they'll be moving to Arizona early next year to start over.

"When I talked to them, they weren't very talkative about anything. I feel like they probably were still in shock," he said.

Aaron said that his father retired from the Army and was working as a realtor and broadcasting an atheist podcast. Right now he says that he just wants to make sure his sisters get the help they need through this devastation.

A GoFundMe page setup by the family had already raised around $25,000 by Thursday afternoon. Family members say that all the money raised will go directly to a bank trust for the girls to receive counseling and cover their education and future living expenses.

You can contribute to the fund here: