Three other men have been arrested in the aggravated robbery in Shavano Park. 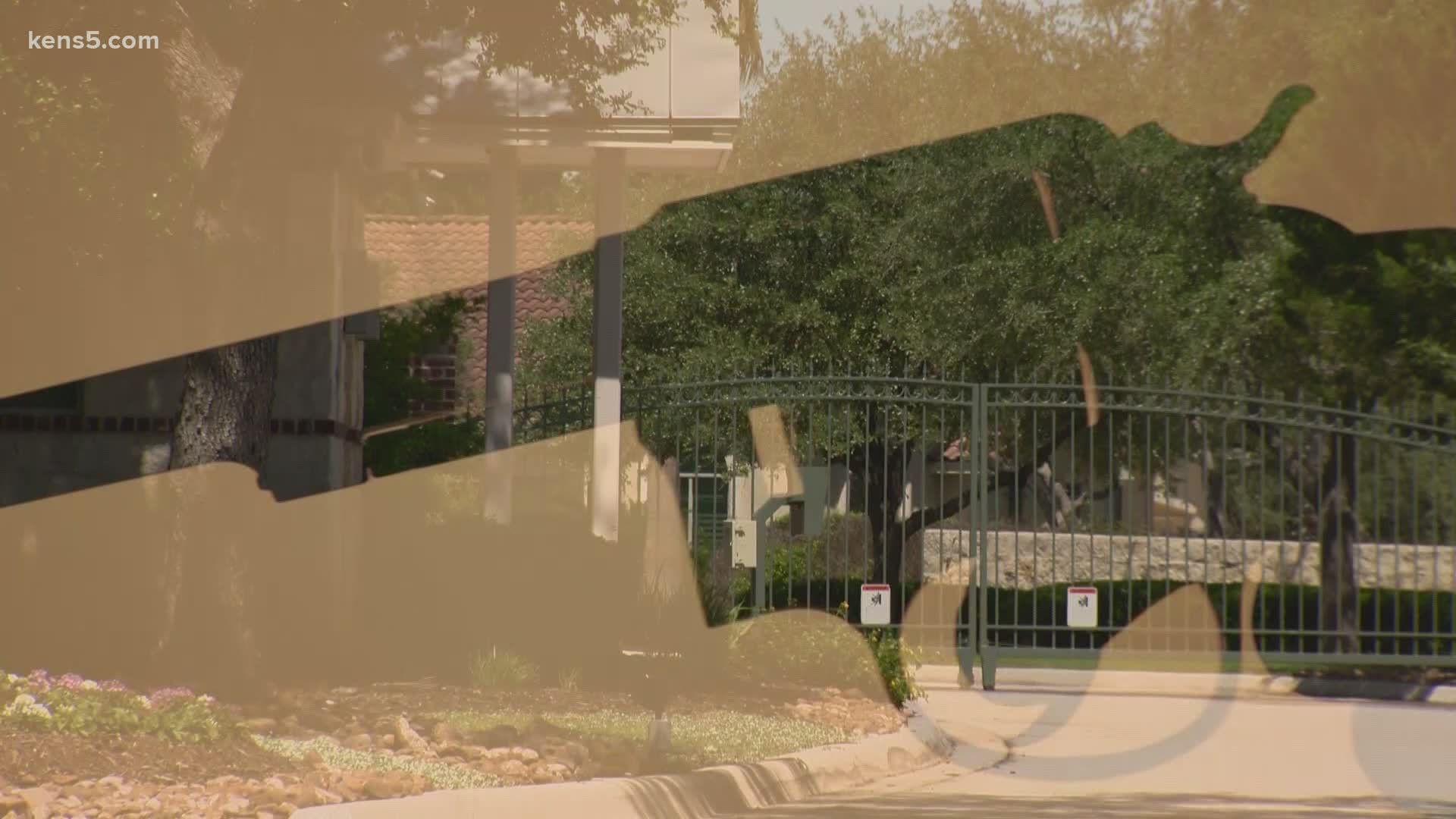 SHAVANO PARK, Texas — Two suspects wanted in connection to a violent home invasion in an upscale neighborhood are still on the loose tonight.

Shavano Park Police said they were among a group of men who held the victim at gunpoint while they ransacked the house, getting away with guns and thousands of dollars in cash.

Police said the crime happened on January 31st around 10 p.m. when the victim was on the patio of his home in the Bentley Manor community in Shavano Park.

When he got up to go back inside, authorities said five men emerged from the darkness and held the man at gunpoint.

The suspects ordered the victim to go back inside his home, where police said the suspects tied up the victim with electrical cords.

Authorities said one of the men stayed with the victim while the others ransacked the house.

According to an arrest affidavit, the suspects kicked and slapped the victim during the attack.

The suspects got away with $30,000 in cash, two guns, and other items, according to the affidavit.

The victim was able to free himself after the suspects left his home, and called police.

“We haven't had a crime like this in Shavano Park in years, and this is a very unusual crime,” said Shavano Park City Manager, Bill Hill.

Hill said the city has increased surveillance capabilities across the city, including adding more cameras, which initially gave authorities a lead on how to find the suspects.

Authorities said they caught the suspects on surveillance cameras canvassing the neighborhood hours before the attack, and then again when they left the area after the robbery.

“If you move in to Shavano Park and you commit a crime, there's a high likelihood that we are going to know who you are, where you are, and when you did it,” said Hill.

Investigators connected the car to the suspects tied to a San Antonio gang.

Later that same day, 28-year-old De Shawn Powell was arrested at a home off the 5800 block of Frontier Cove on the Northeast side.

According to the arrest affidavit, authorities found some of the stolen property in the home.

Then on Wednesday, 28-year-old Marcos Rivera was arrested.

Also in the document, it said that Borrego told authorities he met with one of the suspects, not identified, and planned the attack days before.

Shavano Park Police are still searching for the other two suspects, identified as Ruben Reyna and Daniel Chapa, both 24-years-old.

Police said Reyna has “noticeable tattoos, ‘IDGT’ and ‘Judy’ on his forehead,” and a large tattoo on his head that is partially hidden by his hairline.

They said Reyna may have shaved his head to change his appearance.

Chapa has tattoos on his neck, both jawlines, cheeks, and forehead according to police.

If you have information as to the whereabouts of Reyna and Chapa, call Shavano Park Police or the Bexar County Sheriff’s Office.

Police said both men are considered armed and dangerous.