SAPD: Two men arrested after doing 'donuts in the middle of the highway and setting off fireworks'

The bizarre incident happened just a few minutes after midnight Sunday and was caught on camera and shared on social media, police said. 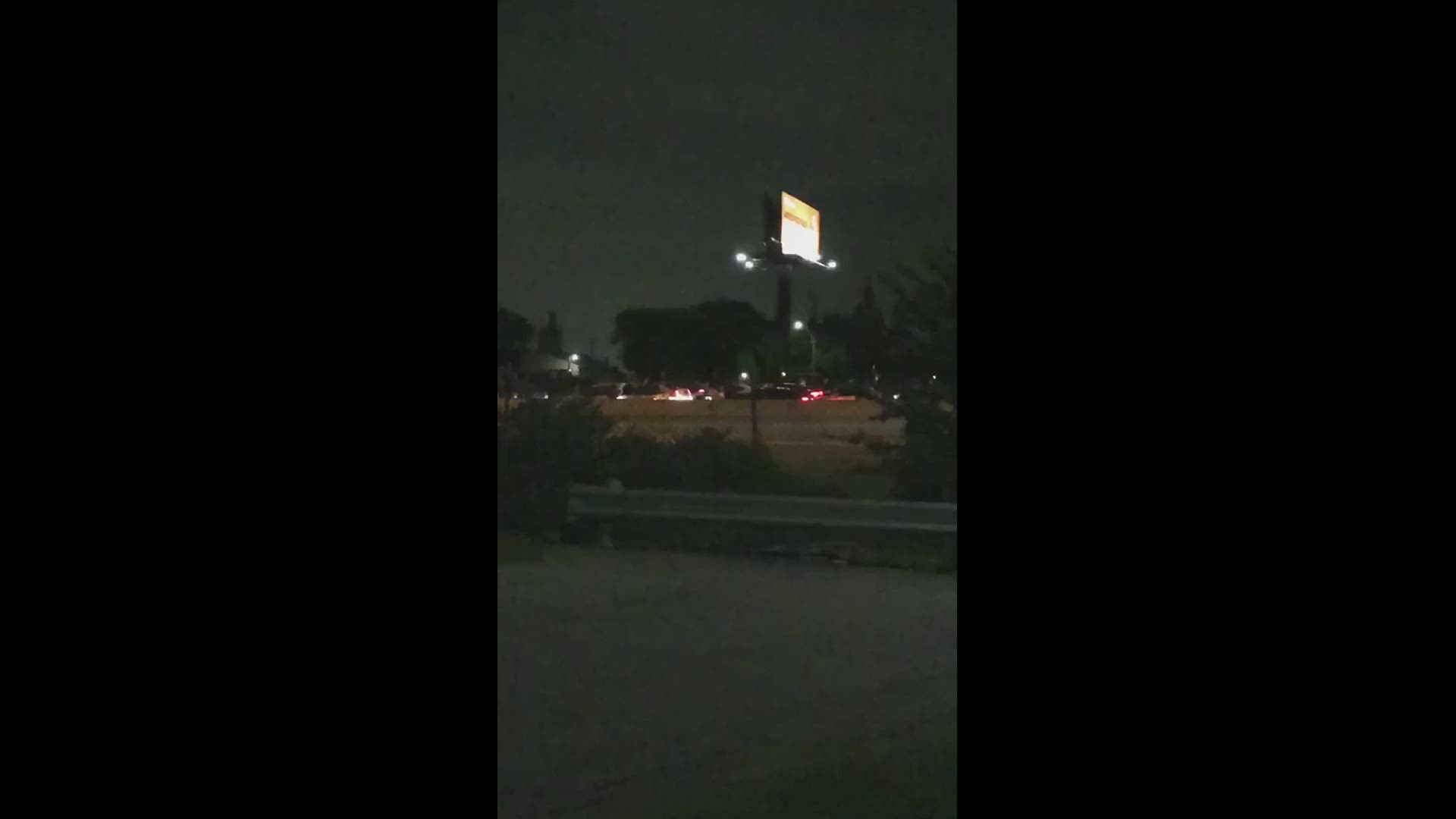 SAN ANTONIO — Imagine driving down the highway and coming across fireworks going off and cars doing donuts in front of you.

That's what police said happened just after midnight on Sunday morning along I-37 near Cesar Chavez Boulevard, on the south side of the Alamodome. A KENS 5 Eyewitness shot video of the alleged incident, where fireworks can be seen going off on the highway.

According to the San Antonio Police Department, two people have been arrested: Juan Salazar, 21, and Zachary Jackson, 20. They have been charged with reckless driving/obstruction of roadway.

SAPD said they had officers working a traffic initiative on Southwest Military Drive when they were informed of multiple vehicles near the Alamodome causing traffic to back up and causing the closing of the highway.

In a preliminary report provided to KENS 5, SAPD said the drivers of the vehicles were observed performing “donuts in the middle of the highway and setting off fireworks."

Officers said the fireworks were observed being thrown onto the southbound lanes of I-37, causing a safety hazard for oncoming vehicles. SAPD's helicopter (EAGLE) was overhead as were other officers in marked units who made their way through the stopped traffic.

Investigators said Salazar and Jackson were seen speeding away from the location. SAPD located the men by using their helicopter, coordinating with officers on the ground to pull them over.

SAPD said additional charges are pending for others who participated in the shutdown of the highway and that this is ongoing investigation.