The 21-year-old driver was driving south on I-35 when police say "for some reason he hit a wall." 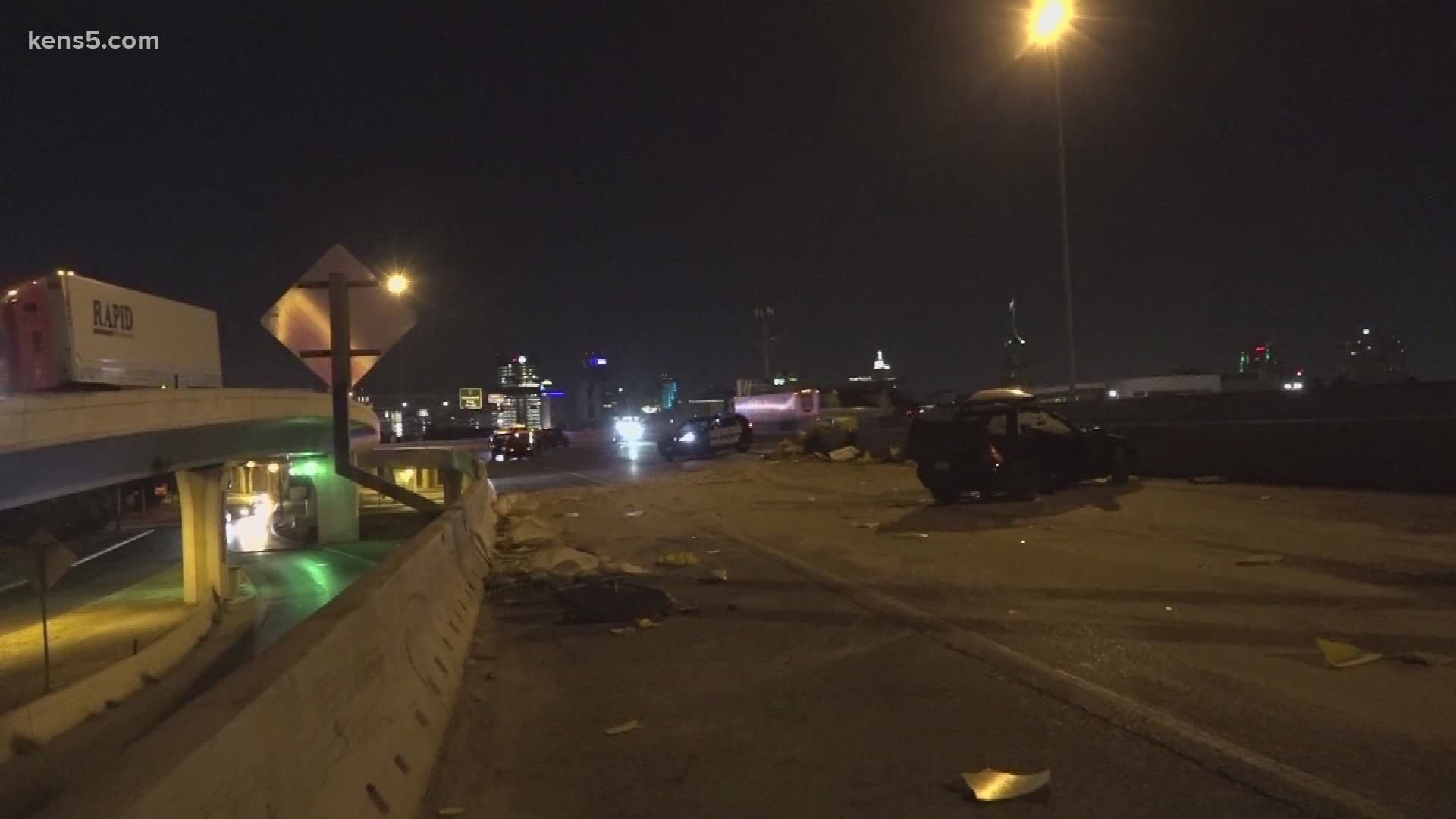 SAN ANTONIO — A 21-year-old was cut out of his car after crashing into a median early Saturday morning.

Officers were called out to I-35 southbound at Guadalupe around 12:30 a.m. for a major crash.

At the scene, officers found a black car with significant damage, and the driver trapped inside.

Fire crews at the scene worked to cut the man out of his car.

The 21-year-old driver was driving south on I-35 when an official with SAPD said "for some reason he hit a wall," referring to the median.

According to officers at the scene, the driver was exhibiting signs of intoxication, and evidence inside the car supported that.

The driver was taken to a nearby hospital with serious injuries.