On Monday, the San Antonio Police Department asked the public to avoid the area of 8600 block of Datapoint due to a S.W.A.T standoff. 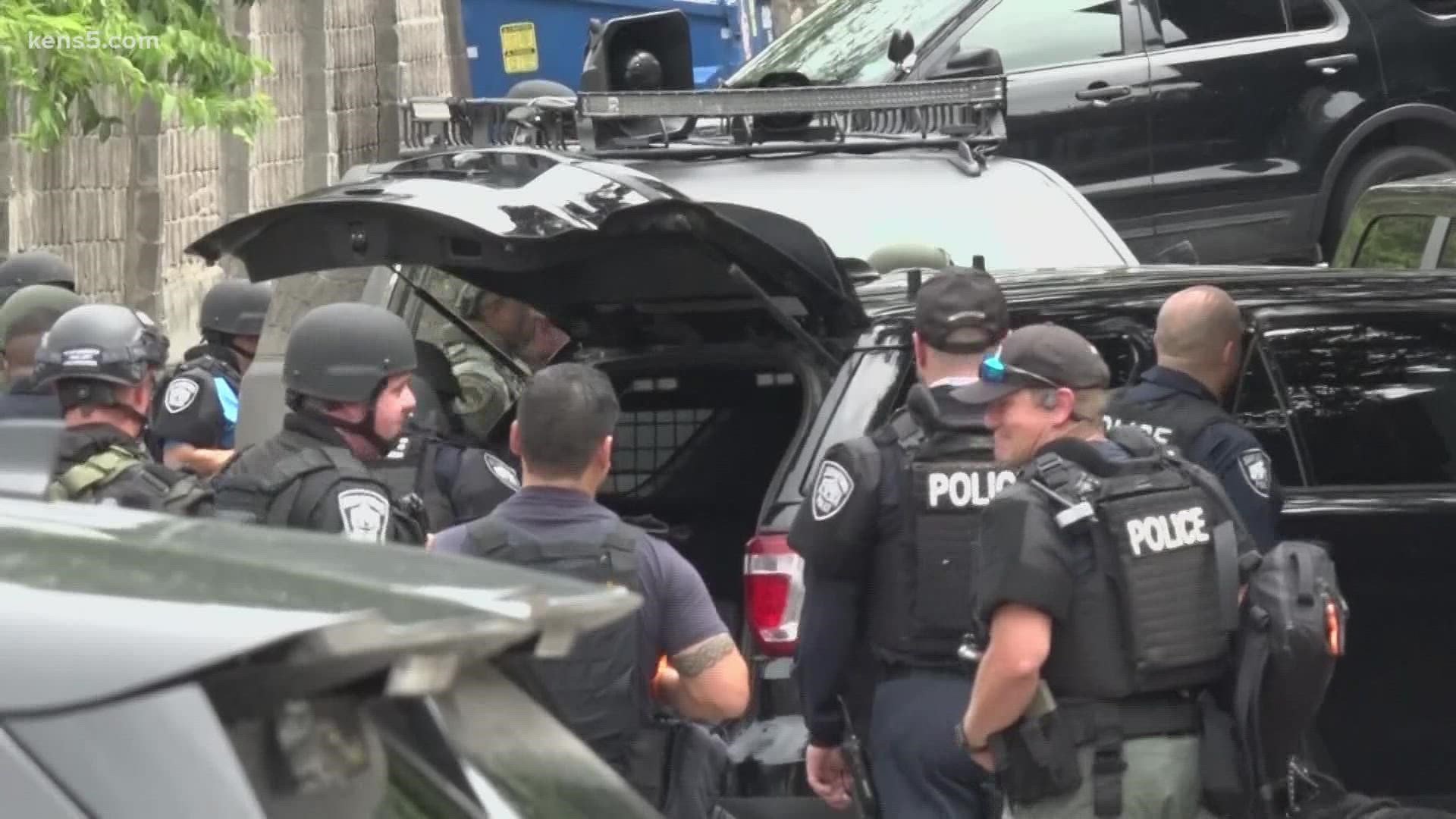 SAN ANTONIO — An hours-long standoff ended peacefully after officers convinced a man who claimed to have a gun to surrender, SAPD said.

It all started around 10 a.m. Monday, when a specialty unit spotted a small blue sedan with Wisconsin license plates that they believed was stolen. There was a man and woman in the car. Officers followed the car and called in air support. At some point, the man pulled into an apartment complex at Datapoint near the Medical Center.

Police tried for hours to convince the man to get out of the car. The man did tell them he had a gun, but they were not able to confirm if he actually had one.

“You say you have a BB gun, but there is no way that I can know that. You have to get out of the car with your hands where we can see them," a negotiator was heard saying on the loudspeaker.

At another point, it started to rain heavily, which negotiators used to try to convince him to get out of the car.

Standoff in the 8600 block of Datapoint

The woman eventually got out of the car and was taken to the hospital as a precaution.

Hours after that, police were able convince the man to get out of the car peacefully around 3 p.m. He was arrested and there is no word yet on charges.

Watching @SATXPolice negotiate w/a man at inside a vehicle in the parking lot of a NW side condominium complex. They’ve been talking with him for more than an hour. (More) #kens5eyewitness pic.twitter.com/QwugdzoPZg

#kens5eyewitness SAPD officers can be heard on a loud speaker coaxing a man to surrender peacefully. They are calling him by name and telling him to do the right thing. pic.twitter.com/0qb2pXoQEs