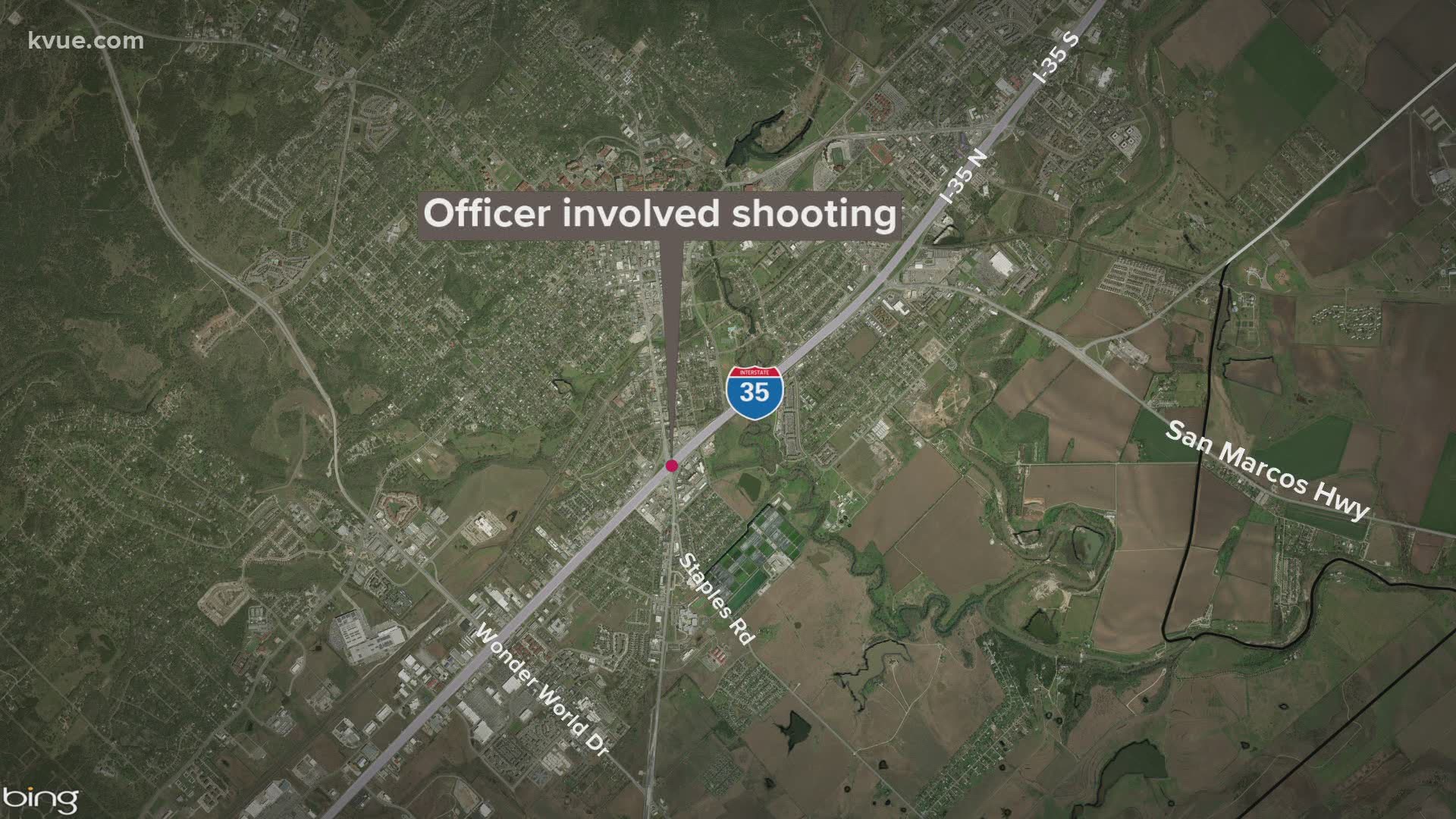 Officials said at approximately 12:19 a.m., officers were alerted to 31-year-old Rescue Eram walking in traffic on I-35 near southbound Mile Marker 204 for Seguin (TX-82, TX-123). Officers saw Eram walk along the retaining wall then cross traffic. They attempted to detain him for his safety and the safety of passing drivers, officials said.

Officials said that officers noted Eram was holding a knife or similar object in his hand and at one point threatened officers by moving aggressively toward them. Officers attempted to de-escalate the situation before the man turned and ran in front of traffic, nearly causing a collision with an 18-wheeler semi-trailer truck.

Officers again tried to detain Eram, but he turned and fully charged at the officers with the weapon "held above his head in a manner similar to a striking or slashing motion," officials said. He was shot and officers began to administer life-saving efforts including CPR.

Hays County EMS medics were present at the scene and Eram was pronounced dead by a justice of the peace before being transported to the medical examiner's office. Eram was born in the Federated States of Micronesia and lived in the San Marcos area for the past couple of years. His next-of-kin have been notified.

The two officers involved in the incident have been placed on administrative leave per SMPD policy.

Homes.com report names Leander No. 5 best suburb to move to in 2021