The fire did major damage to 12 apartments and left 19 people without their homes. 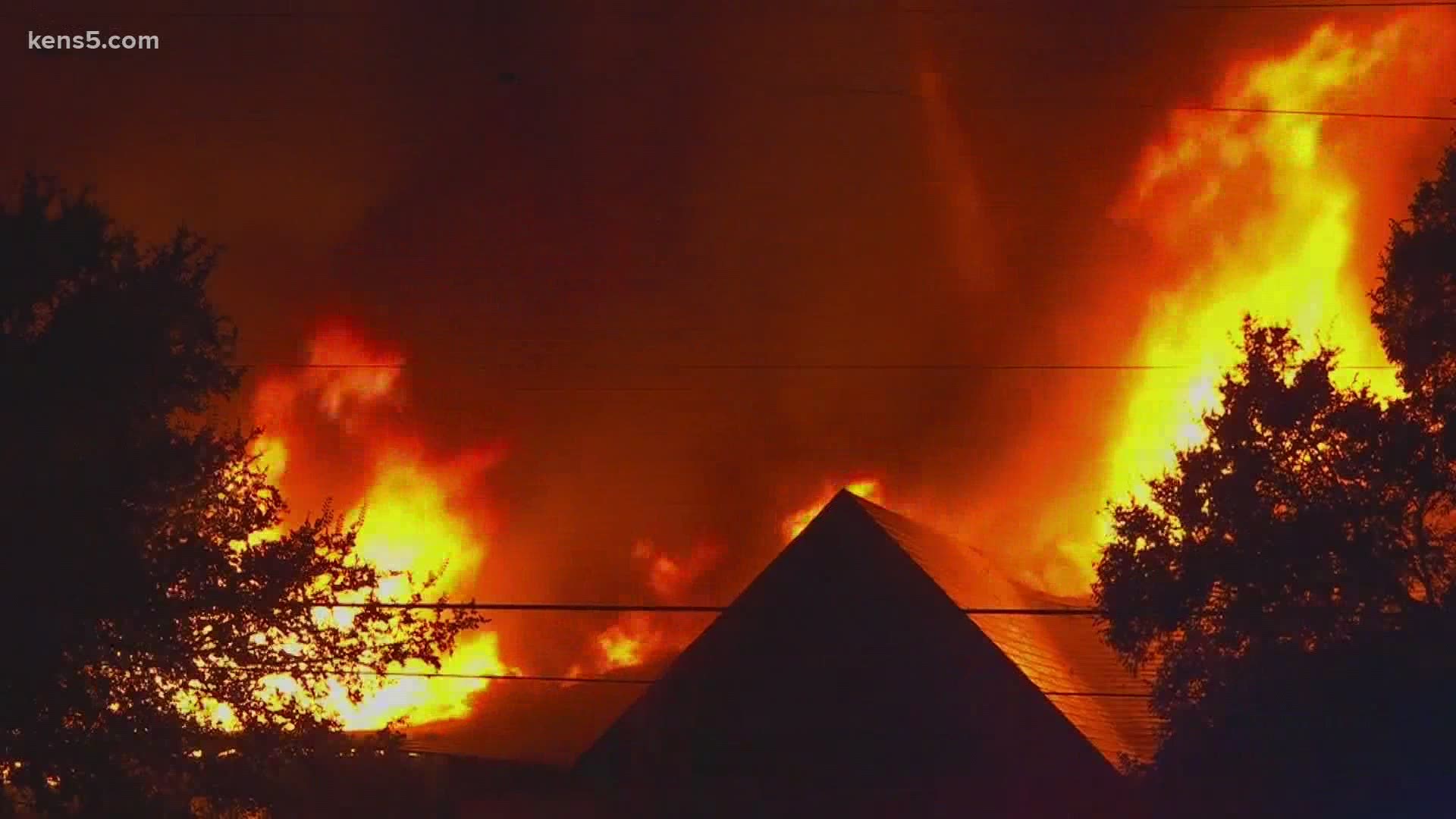 SAN ANTONIO — Officials are calling a fire on the northeast side suspicious. The early morning fire off Harry Wurzbach and Rittiman left more than a dozen people without a home

Residents of the Cottages at Terrell Hills Apartment complex at 2447 Harry Wurzbach Road woke up to flames and sirens early Thursday morning.

Derrick Oates said he had been living there since 2009. He said his roommate alerted him to the danger between 3:30 and 4:00 a.m. that seemed to be coming from his neighbor’s apartment across the hall.

“My roommate said, the place is on fire” Oats said. “It was just smoke in ours; his place was on fire.”

He’s one of 19 people left without a home after the fire claimed 12 apartments.

The San Antonio Fire Department said they were able to account for all the residents in those apartments early on.

San Antonio Fire Chief Charles Hood described the fire as suspicious. He says they had detained the resident from the apartment where the fire began and are seeking more information.

“I’m not sure whether he has any record or anything right now, that’s the kind of stuff we’re trying to get but we do have witnesses that said this person probably started the fire,” he said. “So, we’re just trying to get more information right now.”

Chief Hood said the Red Cross was called out to help find temporary housing for people as they begin to rebuild.

“A lot of these people have lost every single thing that they have so that’s the unfortunate part about it,” he said.