The victim's wife said he was attacked while trying to retrieve his bag from the car. 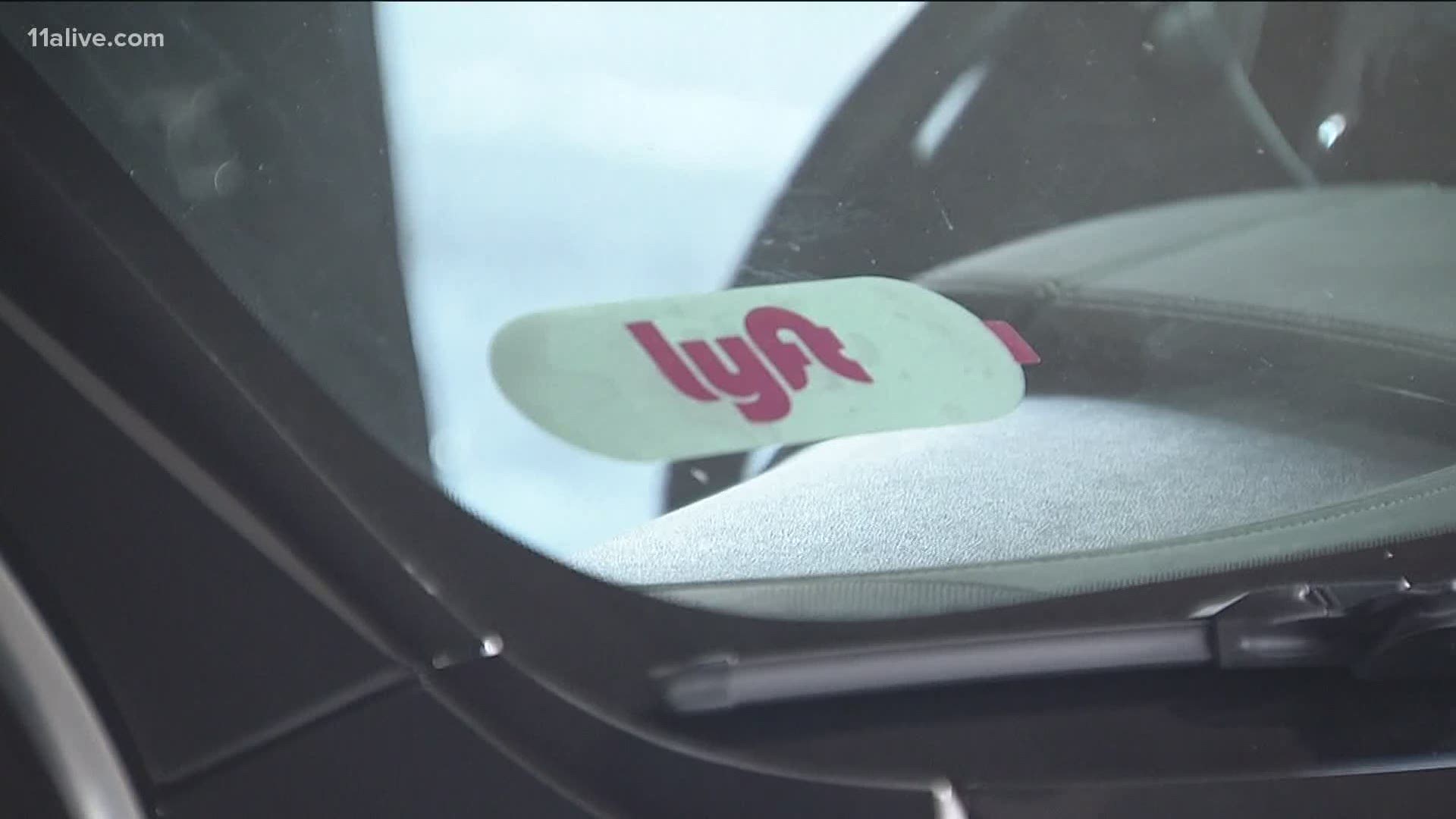 ATLANTA — The wife of a man severely beaten in metro Atlanta on Sunday afternoon says his attacker was his rideshare driver.

Now police are looking for a man allegedly named "Roy" who is believed to be the suspect.  The victim's wife said her husband knew something seemed off early on and claimed the driver was acting unusually on the way to Hartsfield-Jackson International Airport.

"He said the Lyft driver's driving sporadically all the time going down there - made him very nervous," she said.

But she said the tension began to build when the driver couldn't find the rental car service where her husband was going.

"So he kept getting lost," she said. "He didn't know where he was."

Eventually, the rider allegedly told the driver that he would get out and walk the rest of the way. But before the victim could grab his bag, his wife said the driver tried to leave.

"So, he reached to get his bag and when he turned around, the Lyft driver just cold-cocked him in the face and this came out the blue," she said. "So, it knocked my husband to the ground and he just started beating him up, in the face."

She shared a picture of her husband that's too graphic to post showing his bloodied face. She said doctors said he had facial fractures and she said he has stitches.

In the preliminary narrative, Atlanta Police echoed much of the narrative the victim's wife shared with 11Alive and that the attack followed some sort of "verbal dispute" between the driver and the victim.

The victim was able to call 911 and was soon taken to Atlanta Medical Center for treatment.

As for details on the driver, police have two clues they're releasing publicly - that the vehicle appeared to be a Chevrolet Impala and that his Lyft profile, per the victim, showed his name as "Roy." His wife said he also called Lyft and told them about the attack and provided many of the identifiable details about his driver.

Outside of that, the circumstances of the violent attack are still under investigation - as is the motive for the seemingly random violent attack.

But the victim's wife said she felt the overarching moral around the country may have played a role.

"I just think there's just so much anxiety and stress right now - all of the situation - that people are taking it out on people," she said. "And, it looks terrible. Worrisome."

For now, she's unable to see her husband in person because of COVID restrictions at the hospital. However, she said she has been able to talk to him on the phone.  She said they're still waiting on various scans to be completed and to speak with a specialist about what comes next.

"He's in a daze, you know, but he was in a lot of pain when he came in," she said. "They've put ice packs on his face and they've given him a shot of pain medication, but he still sounds terrible."

Lyft has since released a statement on the incident that reads:

"The safety of our community is fundamental to Lyft, and the behavior described is unacceptable. We have permanently removed the driver from the Lyft community, have reached out to the rider, and stand ready to assist law enforcement."