Police said a suspect tied up a pharmacist with zip ties and threatened him with a gun before fleeing with prescription drugs and cash. 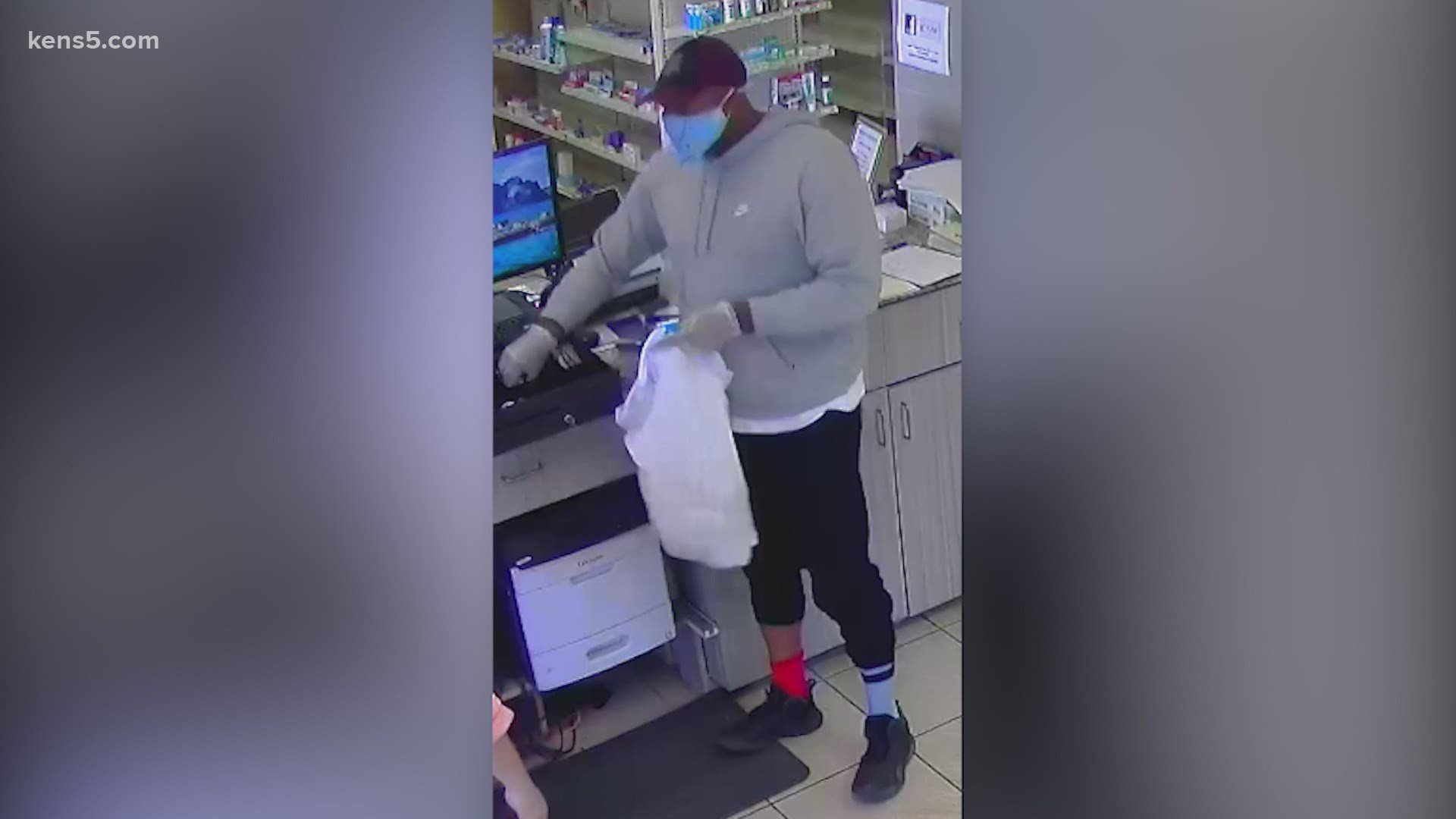 SEGUIN, Texas — Police in Seguin are looking for a suspect who robbed a small pharmacy over the weekend, and a $5,000 reward is being offered for information leading to an arrest.

Police say a man entered the 10 Minute Pharmacy around 9:45 in the morning on Saturday, May 8, pointed a gun at the pharmacist, used zip ties to restrain him, and stole high-value prescription drugs and cash before fleeing the scene in a white GMC Yukon.

"Anytime someone comes and puts a gun in someone's face, a loaded gun at that, and puts it in their face and threatens to kill them if they meet their demands for money and drugs, I think that's a very serious danger to community," said Seguin Police Chief Terry Nichols.

"They know the area," he said. "They've done the research and that's why they can get in and get out very quickly."

Nichols believes the suspect in this robbery is the same man who robbed the Seguin Pharmacy with two others on December 14, pictured wearing a whit hat below.

Nichols said investigators believe the suspects are tied to the San Antonio area. He added that other robberies in Pleasanton and Luling last year had similar MOs targeting small, locally owned pharmacies, but he wasn't sure if the same suspects were responsible.

Guadalupe County Crime Stoppers is offering up to a $5,000 reward for anyone who has information that will lead to an arrest or grand jury indictment in these crimes for the next 30 days.