Jimmy Sanchez, one of two suspects accused of kidnapping Ulises Valladares, the man later shot and killed by an FBI agent during a rescue attempt, will remain in jail without bond. 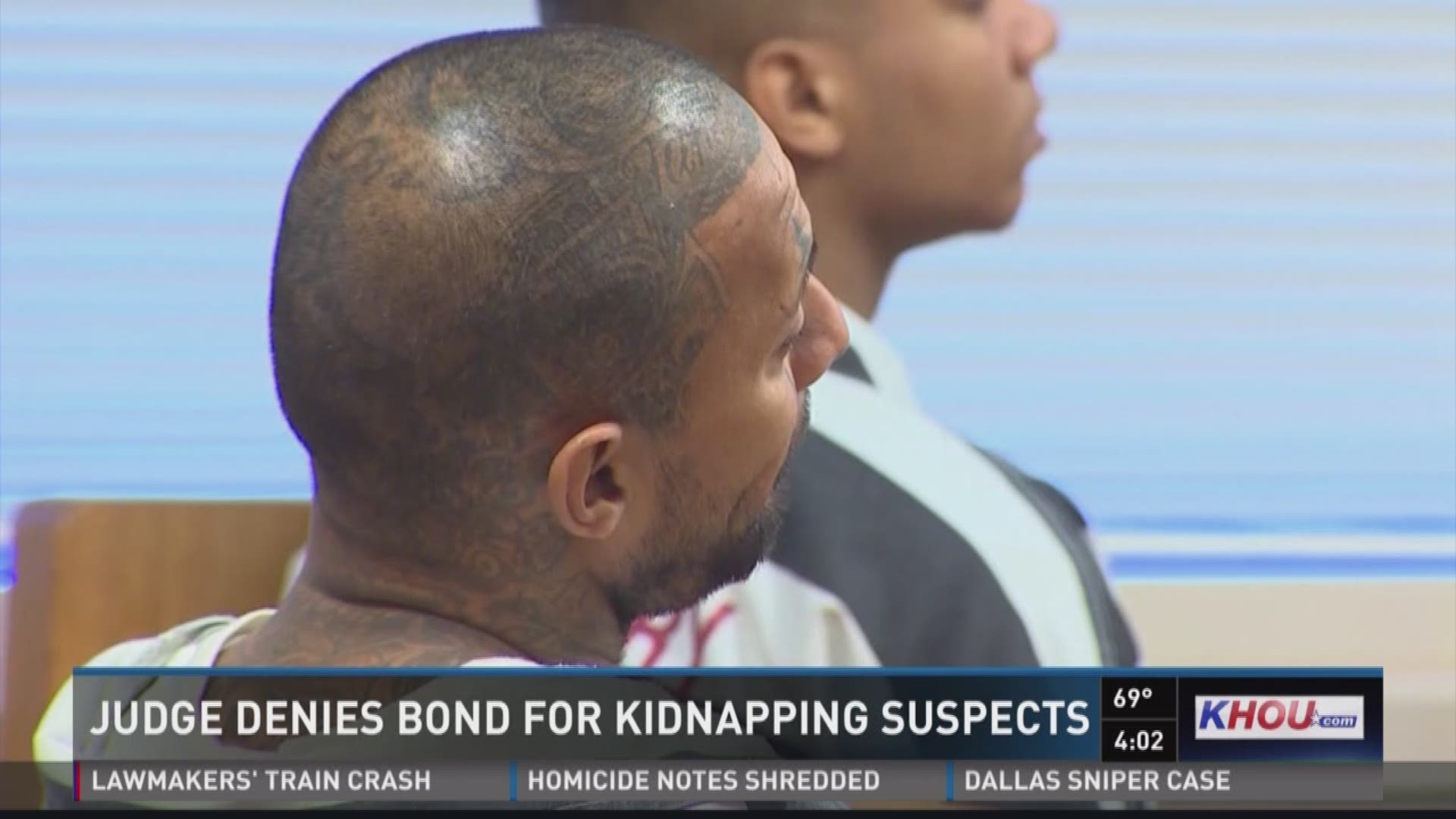 MONTGOMERY COUNTY, Texas – Jimmy Sanchez and Nicholas Cunningham, the two suspects accused of kidnapping a Conroe father and holding him at ransom, will remain in jail without bond.

A judge granted the motions Wednesday. However, the big bombshell came from prosecutors, who said they don’t anticipate increasing the charges to capital murder for the two men.

Sanchez, 38, and Cunningham, 42, are charged with aggravated kidnapping and robbery.

The two men are accused of tying up Ulises Valladares and his 12-year-old son and ransacking their home. Police say the two men took Valladares, saying he owed them money, and then held him at ransom.

Later, Valladares was shot and killed during a botched FBI raid, meant to rescue him.

In court, prosecutors filed a motion to hold Sanchez and Cunningham with no bond. The judge granted the motion.

Sanchez' lawyer now plans on asking for a bail hearing, saying he is entitled to one at some point. Until then, he says this is just the beginning.

Sanchez’s next court appearance is set for March 1.

A third suspect in the case, a woman named Sophia Heath will be in court Thursday morning.