There are days when Mariadelaluz Guerrero-Reyna finds it difficult to keep going but she's backed by support of her family, friends and spirit of her husband, Alex. 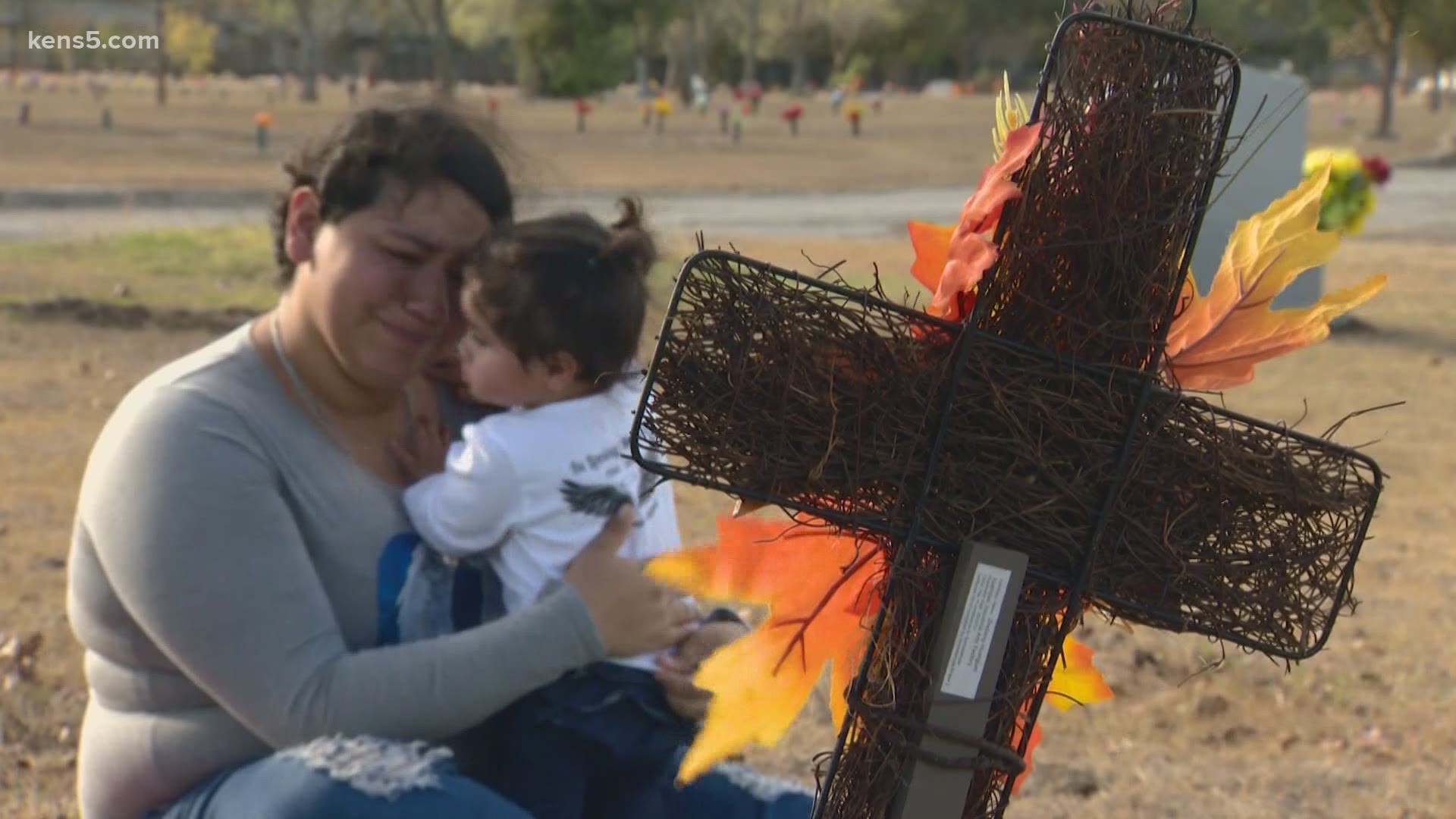 SAN ANTONIO — Mariadelaluz Guerrero-Reyna had just finished giving her 7-month daughter a bath Monday evening when a detective with the San Antonio Police Department called with some good news.

“I said okay, what’s going on? He’s like, we finally caught the lady and I was like, what?” she said.

Police arrested 22-year-old Mariah Flores, who is accused of causing the crash that killed 24-year-old Alex Reyna, Guerrero-Reyna’s husband. Authorities took Flores into custody after she was seen driving a stolen vehicle while intoxicated. An arrest warrant was issued for Flores’ failure to render aid back on Oct. 24 when the crash involving Reyna occurred.

“My husband deserves so much more. He was a hardworking man on his way to work and you took him from us,” Guerrero-Reyna said.

The feelings of grief and anger have been persistent over the past month. Guerrero-Reyna is emotionally drained yet relieved.

“I’m glad where you need to be because it took you a whole month to actually not even turn yourself in, people had to find you and look for you,” she said.

It’s been a difficult month but she’s keeping strong with the support of friends, family and Alex’s spirit.

“There’s days where I could feel him, like hugged me and tell me – like him telling me it’s okay babe, just take it a day at a time,” she said.

Alex left a part of himself on this Earth – his daughter and future son.

“This week, she started saying dadda more and hopefully by next week, she’s walking,” she said.

They’re two blessing who will be able to connect with their father through pictures, videos and stories. But Guerrero-Reyna just wants her husband back so they can live together as a family.

“It’s hard right now because especially the holidays that are coming up. Those were our favorite times, especially Thanksgiving because Thanksgiving was the day that we made it official 4 years ago. So it’s hit me really bad because my best friend is gone,” she said.

Flores faces up to 10 years in prison if convicted.