The suspect wasn’t even on detective’s radar during their investigation during the late 90s. 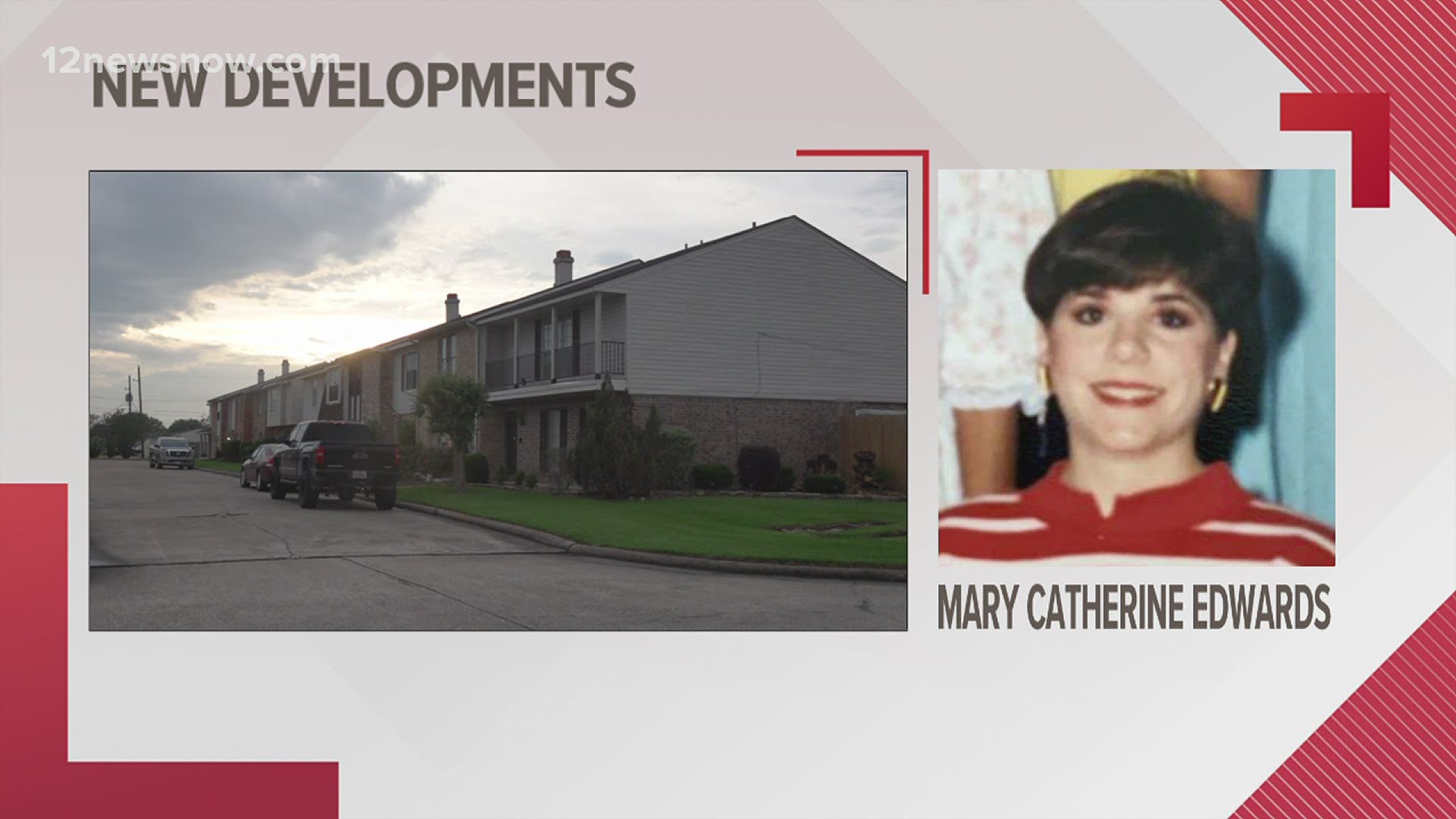 BEAUMONT, Texas — Police and the district attorney say a Beaumont teacher murdered in 1995 was not only a high school classmate of her killer but had been in the wedding party of his first marriage 13 years earlier.

Clayton Bernard Foreman, 61, is currently in an Ohio jail cell after being arrested and charged last week in the rape and murder of Mary Catherine Edwards 26 years ago and more than 1,200 miles away.

Edwards was a bridesmaid in Foreman’s first wedding more than a dozen years before he allegedly raped and killed her in her Beaumont home Jefferson County District Attorney Bob Wortham told 12News on Tuesday.

Foreman wasn’t even on detective’s radar during their investigation in the late 90s and without DNA evidence and advances in technology the case would still be unsolved Wortham says.

The murder of the beloved Southeast Texas teacher horrified the community.

“The community was outraged, I mean this was, this was a really bad case and anybody that knew anything about it, which was most of the people in the community, were enraged and we couldn't put it together,” Wortham said.

RELATED: Genetic genealogy is 'game changer' in case of Beaumont teacher killed in 1995

Wortham praised the decisions and work of the officers and detectives who first responded to the murder scene in 1995.

“What was successful in making the case was, they were able to take the DNA out of her body, and use it and preserve it,” Wortham said.

While the DNA was a key clue it would take years technology to catch up and make that crucial evidence useful.

“Twenty six years ago, we couldn't do with DNA what we can do today,” Wortham explained.

“So what we were able to do is get the DNA and we could track it to a family, but we couldn't track it to an individual,” said Wortham.

“We tracked it to the family and there were two sons. One of them had a prior conviction for rape, and the other one didn't,” Wortham said.

It's that rape conviction that got investigators interested in Clayton Foreman according to Wortham.

Public records show that Foreman pleaded guilty to raping another former classmate in 1981.

RELATED: Trash and DNA evidence lead to arrest in 1995 murder of Beaumont teacher

Similarities in the 1981 sexual assault and Edward’s case in 1995 and another strong connection between Edwards and Foreman helped convince investigators that they were on the right track according to a probable cause affidavit in the case.

“She was a bridesmaid in his wedding. Oh, so he knew her,” says Wortham.

Public records show that Foreman got married in Jefferson County in January of 1982 and later got divorced in 1993.

Edwards first wife attended Edward’s funeral and sent flowers on behalf of her family according to the affidavit.

Foreman eventually moved away from Southeast Texas to Ohio where, according to his LinkedIn profile, he worked in finance.

Police in Ohio pulled trash from outside Foreman's home and DNA from that trash matched DNA from the 1995 crime scene and led to his arrest according to the affidavit.

Investigators are working to extradite Foreman from Ohio and bring him back to Jefferson County.