The chase happened around 1:30 a.m. Tuesday in Castle Hills. 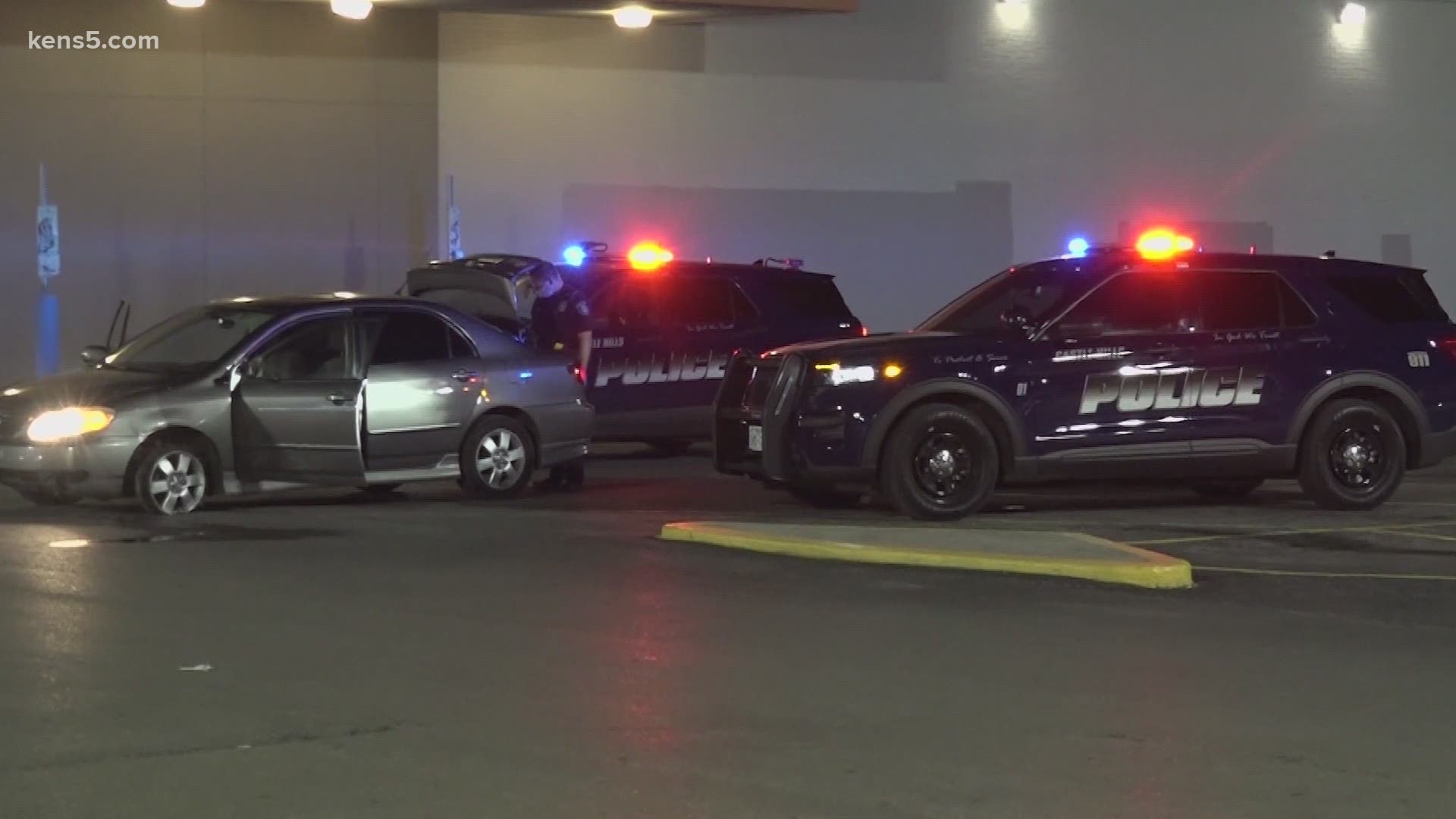 CASTLE HILLS, Texas — A high-speed chase led off a wild morning across part of the city's north side.

According to the Castle Hills Police Department, it started at an apartment complex near Jackson Keller and Vance Jackson around 1:30 a.m. Tuesday.

Police say a woman led them on a pursuit through Castle Hills - running red lights in what they believe was a stolen vehicle.

Investigators said an officer was monitoring an apartment because of reported excessive drug related activity. The officer tried to do a traffic stop on a driver leaving the complex, but they say the woman driving took off.

Officers chased the vehicle for 10 minutes as the driver ran stop lights around Castle Hills and finally blew a tire. Officers said the driver did have drug paraphernalia, but was also arrested on felony evading charges.