The teens (18, 17 and 14) are accused of robbing a driver of a Dodge Nitro at gunpoint and the driver of a Lexus. They surrendered peacefully after several hours. 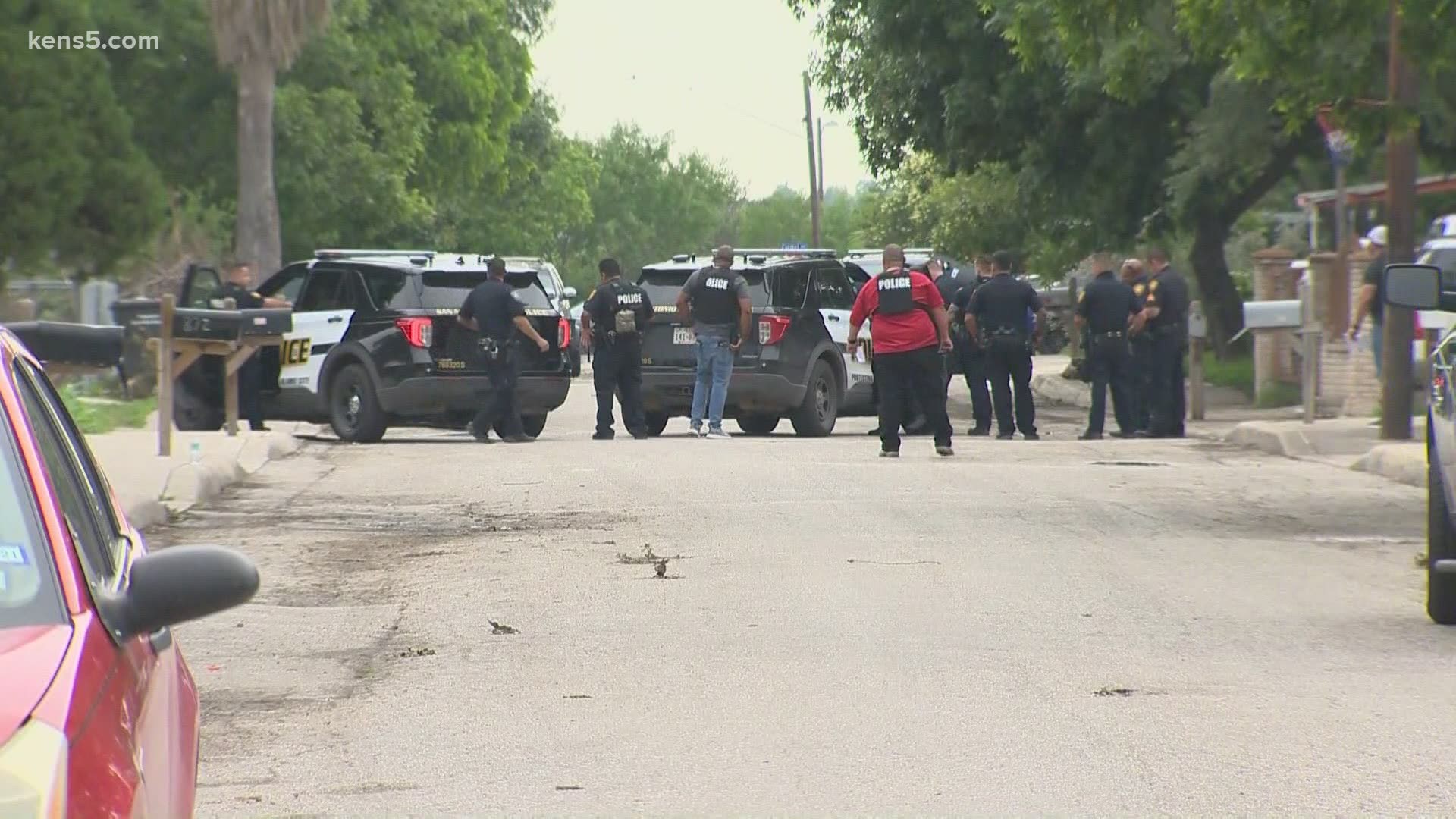 SAN ANTONIO — Three teenage robbery suspects peacefully surrendered to police after an 8-hour stretch of being on the run on the southwest side, police said. The group is accused of two carjackings and a drive-by shooting, according to the San Antonio Police Department.

SAPD Public Information Officer Jennifer Rodriguez said around 2 a.m., the teens (ages 18, 17 and 14) robbed a driver of a Dodge Nitro at gunpoint. That car was then involved in a drive-by shooting in which no one was injured around 4 a.m. in the 800 block of Oletha Street. Then they robbed a driver of a Lexus.

Rodriguez said around 7 a.m., an officer spotted the Dodge Nitro in the 800 block of Price Avenue. The officer saw the suspects leave the vehicle and go into a home. That officer called for backup and officers surrounded the home and asked for them to come out. Investigators said they came out peacefully around 10 a.m.

The suspects have been detained, but there's no word yet on what charges they may face.

The Lexus was recovered on West Military near I-37 at a business, police said.

Detectives said the suspects displayed a weapon in these incidents, although there were no injuries. Police are trying to find out if they were involved in other robberies.

Officers said they are waiting for a search warrant so they can clear the house safely and then do search. They said that other people were in home – but that the two adults did not have anything to do with the incidents.