Police are searching for 38-year-old Andre Dupree Jack and Atseko Factor, who authorities say are considered to be "armed and dangerous." 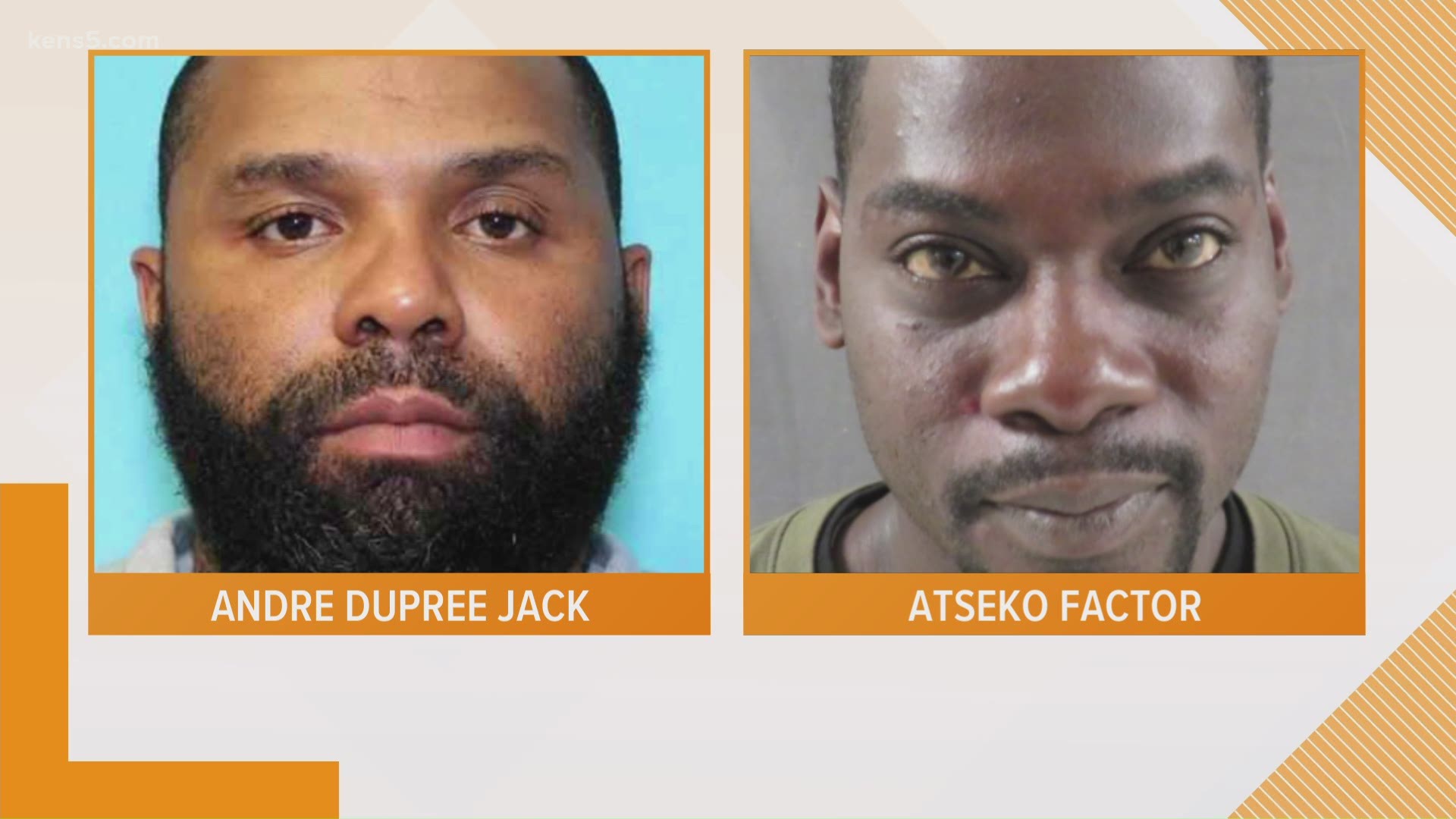 Police are searching for 38-year-old Andre Dupree Jack and Atseko Factor, who authorities say are considered to be "armed and dangerous."

Jack is accused of robbing the 10-Minute Pharmacy in Seguin on Saturday, May 8. That incident took place around 9:45 a.m. He reportedly entered the pharmacy with a handgun and demanded drugs and money. A victim was left tied up and Jack took off in a white SUV with prescription medication and cash, police said.

RELATED: Reward offered for information on suspect in multiple pharmacy robberies in Seguin

Jack is also accused of robbing a Seguin Pharmacy in the 200 block of East Court Street around 9:45 a.m. Dec. 14 with two other suspects. They reportedly revealed a handgun and demanded drugs and money. The suspect then tied up the store employees before taking off in a dark colored SUV with prescription medication and cash.

RELATED: Seguin pharmacy owner terrified after being robbed, suspects still on the loose

During the course of these investigations, detectives learned of similar pharmacy robberies that took place in Pleasanton on Oct. 31, and an attempted armed robbery in Sealy on February 12.

During the attempted armed robbery in Sealy, Jack and Factor were both arrested after being found in possession of a stolen handgun, zip ties and other items.

Detectives have received tips from the community also identifying Jack as the suspect in this string of robberies.

If you have any information about the suspects' whereabouts, you are urged to contact the Guadalupe County Crime Stoppers at (830) 401-2360.

A cash reward of up to $2,000 is being offered for information leading to the arrest or grand jury indictment in this case. Callers will remain anonymous.