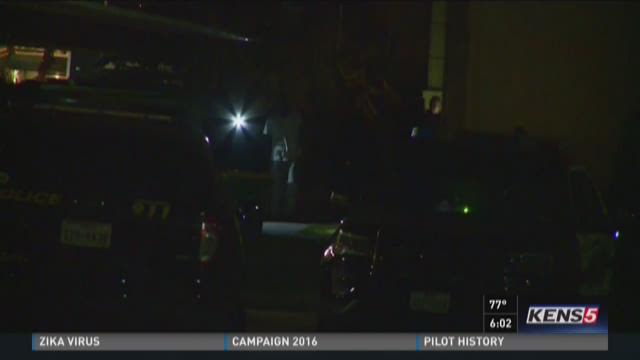 The San Antonio Police Department said officers tracked down three men and two women to the 8600 block of Waters Edge Drive using a vehicle description for a red Hummer with a Hello Kitty decal in the back window. One of the victims gave police the information which led to the suspects.

Police said two women and three men were involved in a home invasion in the 1400 block of Sacramento around 3 a.m.

Two female victims were outside of the home smoking when armed robbers forced them inside of the home. A 62-year-old woman was pistol-whipped while her 21-year-old daughter was forced to watch.

A safe was stolen from the home with $1,000 inside. Diamond earrings and a cell phone were also stolen.

Police said officers talked the robbery suspects into turning themselves in once they got to the apartment complex.

Officers told KENS 5 they also recovered weapons and a mask from the complex.

The five suspects face aggravated robbery charges, according to SAPD.