Victim in fatal shooting at a Pflugerville apartment complex was a juvenile, officials say

The incident occurred at the Villas Tech Ridge apartments. 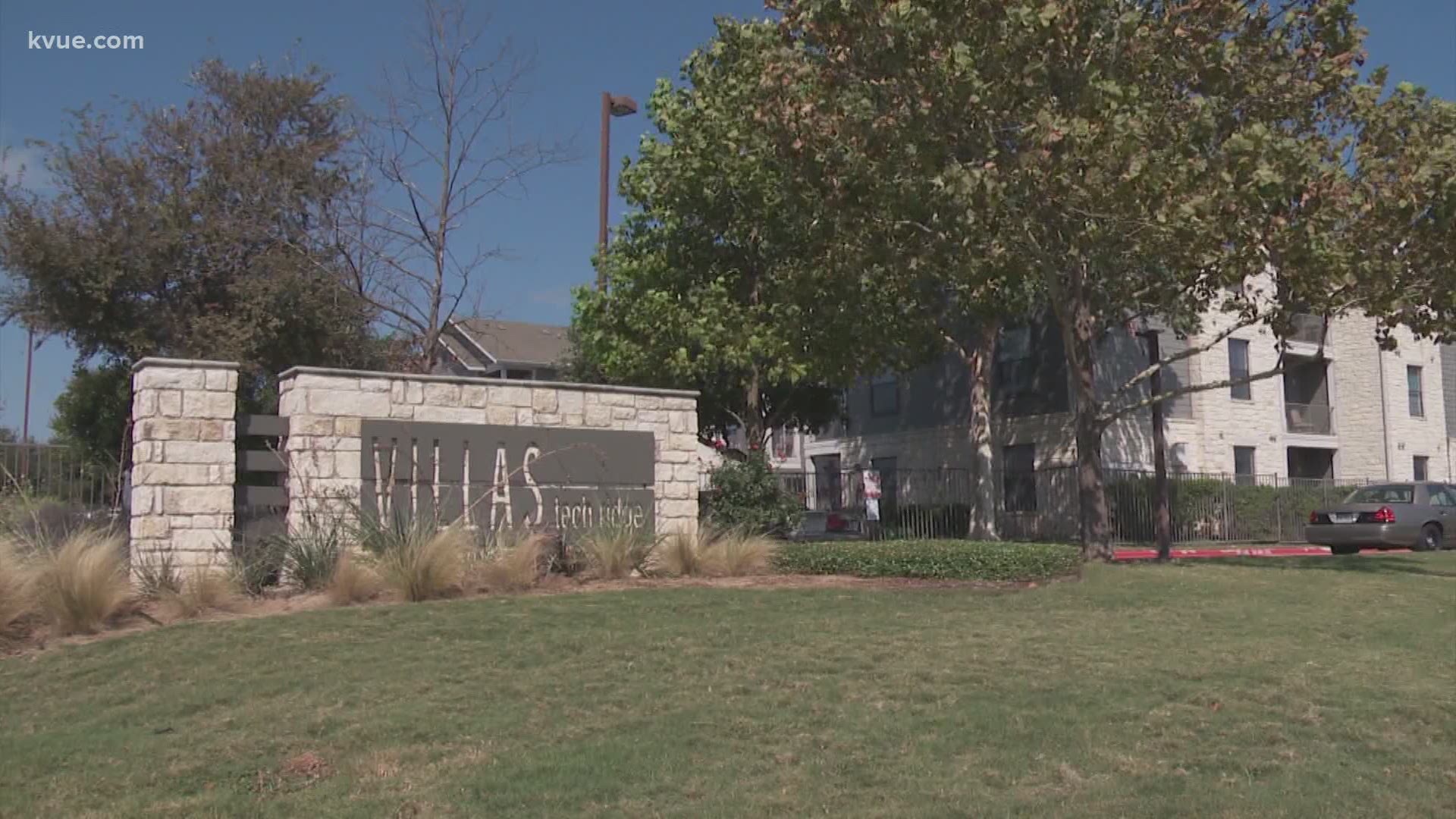 TCSO deputies responded to an "assist EMS" call from a resident at the Villas Tech Ridge apartment complex at 13838 The Lakes Blvd. at around 1:30 a.m. The caller said they heard gunshots fired within the complex. TCSO then began receiving subsequent 911 calls.

When deputies arrived, they discovered a young man who had been shot and killed. He was pronounced deceased at 1:45 a.m. Sunday and an autopsy was completed Monday morning.

"This investigation is in its early stages, but it's moving well," said Kristen Dark, the senior public information officer for the TCSO. "Throughout the evening, we've been looking into what happened here. The daylight hours have helped the investigation move a little bit faster."

Dark said TCSO had received a search warrant for one of the apartments and deputies were in the process of searching it at around noon Sunday.

No suspect is in custody at this time, but Dark said the shooting is believed to be an isolated incident and there is no threat to the public.

Anyone with any information regarding this incident is asked to call 512-854-1444.

This is the TCSO's fifth homicide investigation of the year.

Will an increased number of mail-in ballots affect when election results are finalized in Texas?

How much will CapMetro's 'Project Connect' cost Austin taxpayers?