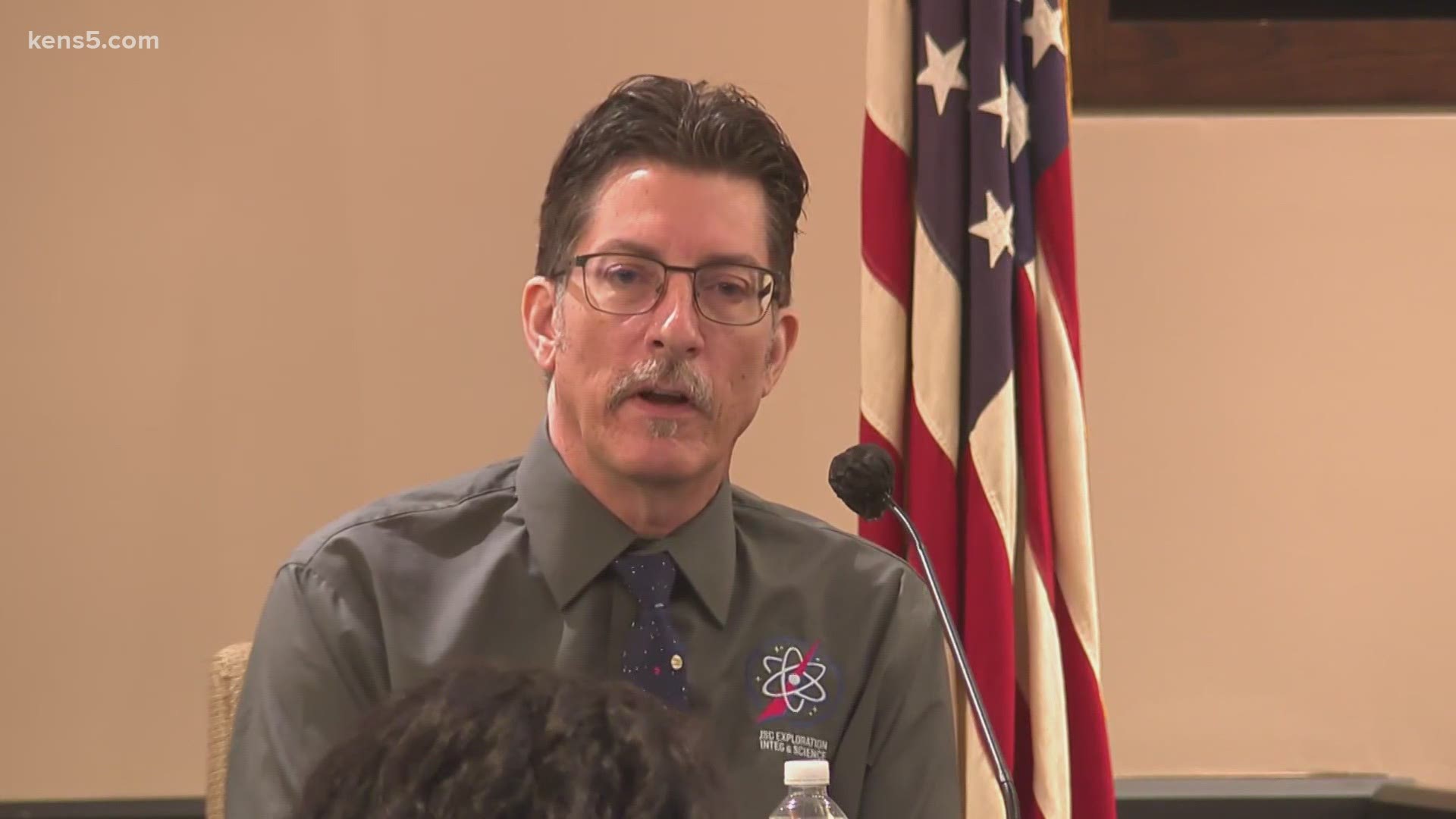 McKane is charged with the murder of San Antonio Police Detective Benjamin Marconi on Nov. 20, 2016.

State prosecutors introduced NASA image analyst David Bretz to the stand, who described how he enhanced the quality of video stills captured through surveillance and Marconi’s patrol vehicle footage from the day of the shooting.

Bretz has worked for NASA for 25 years as an image analyst.

Sgt. Steven Miller with Texas Department of Public Safety guiding jury through chopper footage of the white Buick that was surrounded by law enforcement Nov. 21, 2016. The aerial video shows the covert operation of police stopping the car then arresting Otis McKane. @KENS5

Bretz told the jury he assisted in the analysis and enhancing of images following the 2003 Space Shuttle Columbia disaster, in which seven astronauts died as the craft disintegrated upon reentering the atmosphere. On Tuesday, he guided the jury through several before-and-after images showing McKane and his black Mitsubishi Galant.

One of the comparisons presented in court reveals McKane dressed in all black and wearing a San Antonio Spurs cap entering the lobby of Public Safety Headquarters.

Bretz explained to the jury the tools and methods he used to improve clarity of the original image for identifying specific features of McKane’s face and clothes. Similar routes of editing went toward several images of McKane’s vehicle.

Among the final pieces of edited frames of footage included an image showing McKane’s hand and forearm wielding a gun inside the driver’s side door of Marconi’s patrol unit.

KENS 5 did not show video of this due to the graphic and sensitive nature.

Tuesday concluded with testimony from a crime scene investigator describing and confirming the evidence discovered in the Econo Lodge hotel room where McKane and his girlfriend, Christian Fields, spent the night mere hours after the shooting.

The trial resumes Wednesday at 9 a.m.