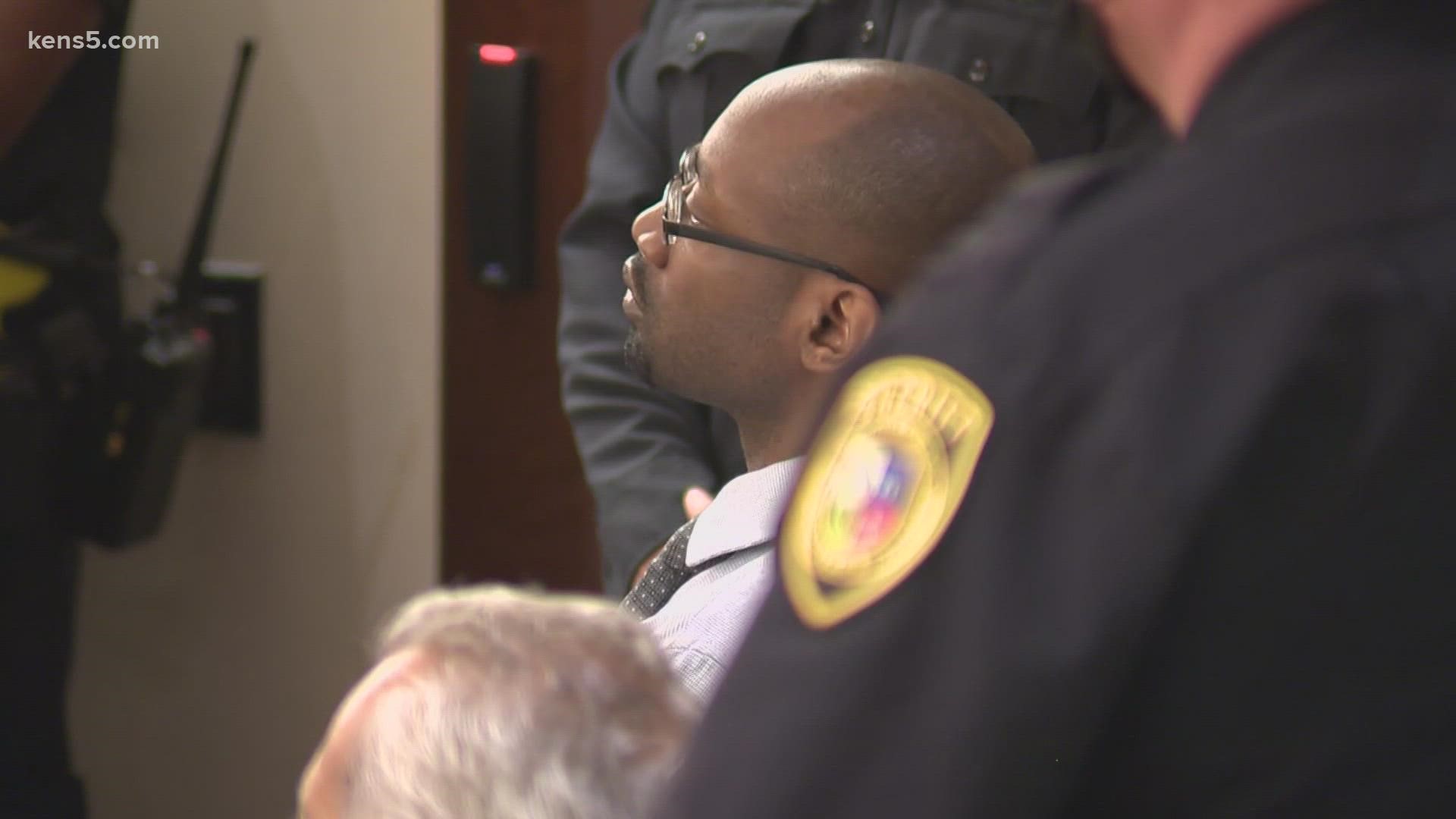 SAN ANTONIO — Otis McKane has been sentenced to the death penalty in the killing of San Antonio Police Det. Benjamin Marconi in November 2016

The decision on McKane's fate went to the jury Friday afternoon after closing arguments were delivered by the prosecution and defense earlier in the day. The sentence was eventually delivered at about 8:30 p.m., after about eight hours of deliberation.

At least seven court bailiffs stood in plain sight, near the doorway where they waited to return McKane to the courtroom to learn his fate. Court personnel have been on alert since McKane was found guilty and lashed out at one of the bailiffs a few minutes later, hitting a bailiff in the face with his elbow.

McKane was facing either life in prison or the death penalty after being convicted in late July of killing Marconi outside police headquarters in downtown San Antonio nearly five years ago.

When both the state and the defense rested their cases on Thursday afternoon, the anticipation for closure for Marconi’s family could be felt in the courtroom.

Marconi's family and uniformed police officers packed the gallery. His stepdaughter, Jacy Reeves, wore a mask with his badge number and the words "Marconi Strong."

The Marconi family released a statement after the sentence was delivered, thanking the district attorney, prosecuting team and jury. They also thanked the community who supported them in the more-than-four years since Benjamin's killing.

“Thank you to the many friends and family who attended the trial, we are deeply humbled for the amount of love, prayer and grace we felt through each and every one of you," the family's statement continued. "And finally, to Detective Benjamin Edward Marconi—thank you for making our lives better, and the lives of everyone you touched. You are eternally missed and we will never forget you—rest easy sweet Ben.”

Much of the afternoon was spent cross examining the psychiatrist hired by the defense.

Dr. Jay Crowder concluded McKane had traits of being delusional and narcissistic. The state grilled Crowder for not being better prepared as far as knowledge of key evidence and testimony.

Crowder says he never knew about the choking incident involving McKane  and his ex, Saharia. He also confirmed to the jury he never watched the videos of McKane shooting Marconi. Crowder interviewed McKane  three times since 2017 – most recently in June.

“During my interviews, he didn’t take responsibility for the killing. What he did express was that he was sorry for the sadness that resulted,” Crowder said.

Closing arguments begin tomorrow at 9 a.m., and then the jury will decide whether McKane gets life in prison or the death penalty.

Family members of murdered police Detective Benjamin Marconi took the stand Wednesday, recalling fond memories of a man who touched the lives of many, in and out of uniform.

Jacy Reeves embraced the father-daughter relationship shared between her and Marconi.

Reeves said her father only got to meet one of his grandchildren before being killed on Nov. 20, 2016, outside Public Safety Headquarters in downtown San Antonio.

“He was so kind and gentle with children that I believe he couldn’t wait to help mold our children into the people they would become,” Reeves said. “I have always thought of myself as a strong person, but since then, it feels like I have to be stronger because he was such a strong person and I want that to stay alive and I want to be a good example for him."

“I just couldn’t believe what I was seeing that this was my brother who had just been murdered,” he said.

Alderman said he got along instantly with McKane since both loved basketball and could relate to living with single parents. He noted in his testimony that McKane saved his life when he was having domestic abuse issues at home.

“He opened his door to me and really honestly saved my life, as far as I don’t know where I would have been if I had nowhere to go,” Alderman said.

The prosecution noted Alderman spoke with McKane over the phone after the guilty verdict.

Phone recordings revealed McKane assumed the images of his car were superimposed in the photos reviewed by the NASA picture analyst.

The defense also introduced one of McKane’s former football coaches to the stand who stressed he didn’t perform academically the greatest, but was a happy respectful kid.

On Tuesday, McKane's ex-girlfriend, Saharia Paillett-Hill, took the stand for a second day, describing a toxic relationship filled with verbal and physical abuse.

Packed courtroom as closing arguments begin in the punishment phase of the Otis McKane trial. Jury expected to deliberate today whether to give McKane life or death. McKane was convicted of Capital Murder in the shooting death of Det. Benjamin Marconi. @KENS5 pic.twitter.com/gGss9yu9iv

Also Wednesday, in-person jury trials have been suspended due to the rise in coronavirus cases in Bexar County.

A document sent to KENS 5 by Bexar County Local Administrative Judge Ron Rangel, who also serves as the 379th District Court judge, details the reasons behind the in-person jury suspension.

However, trials currently underway may continue through verdict. This suspension didn't affect the Otis McKane trial. 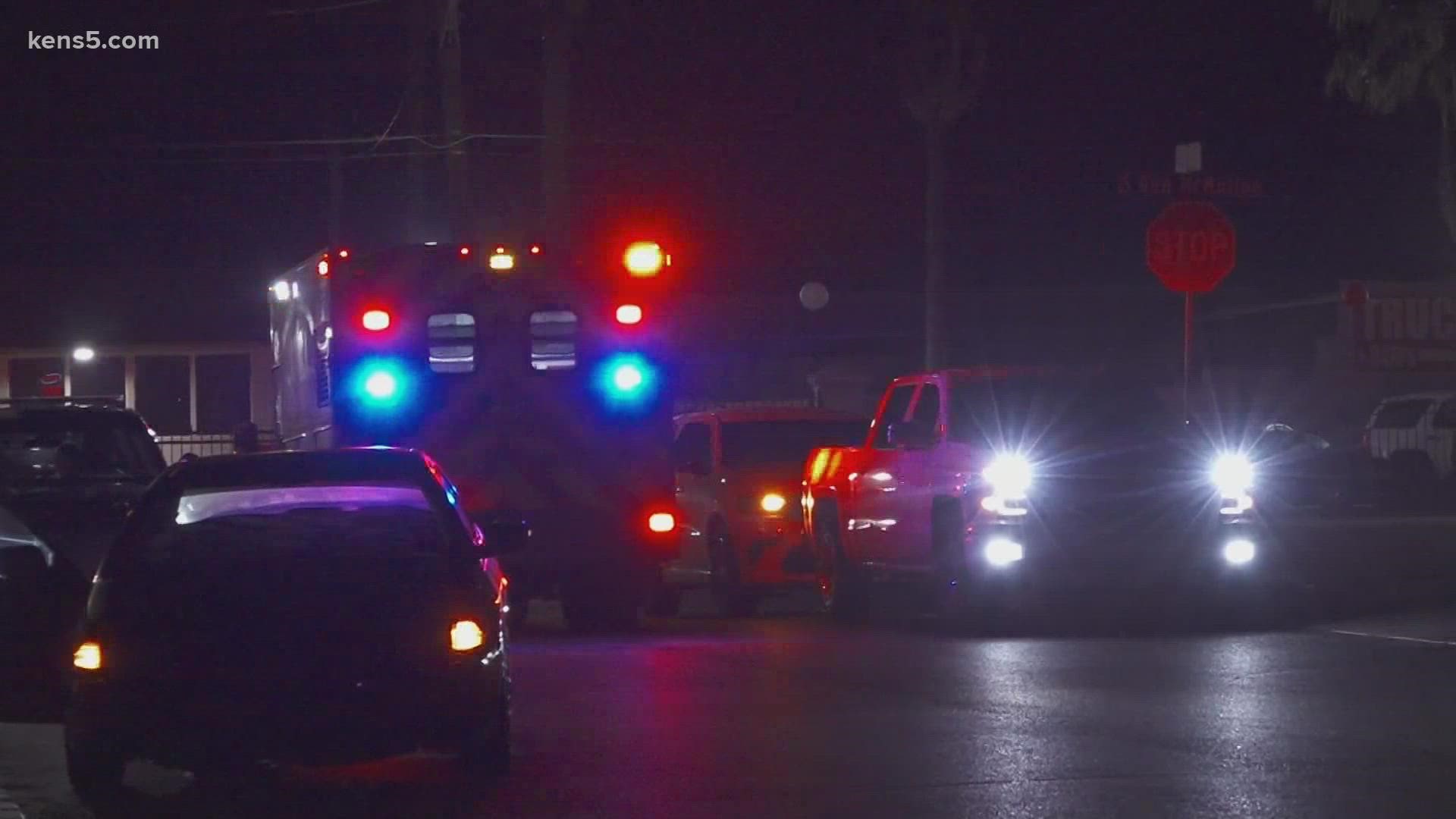