One person critically injured in shooting on north side; police searching for suspects, vehicle

The shooting was reported just before noon on San Pedro Avenue, south of Loop 410. 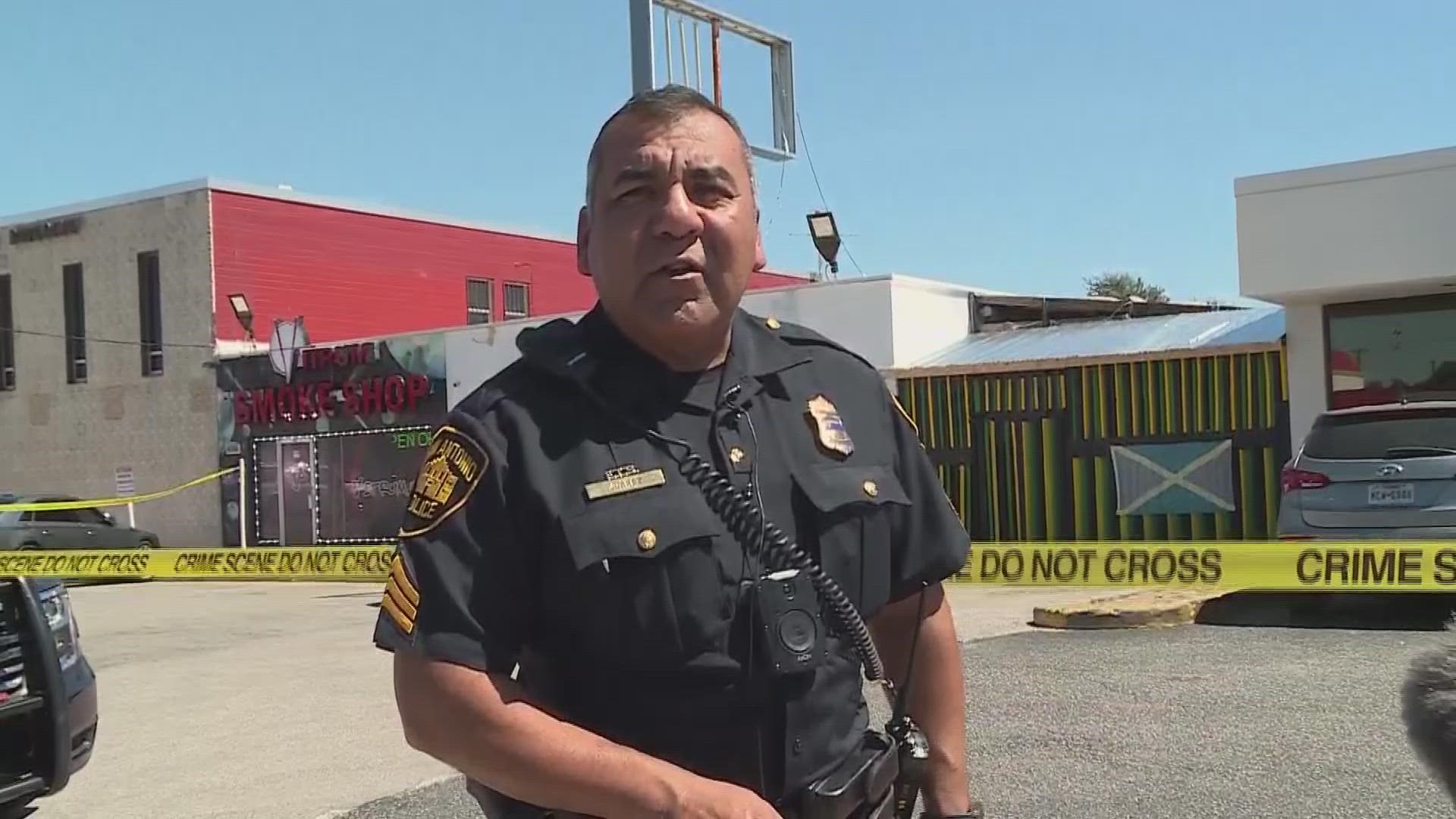 SAN ANTONIO — Police are searching for a shooter who injured one person on the city's north side.

Officers were called out to the 6800 block of San Pedro Avenue, between Oblate Drive and Jackson Keller Road, just before noon Thursday. An SAPD spokesperson said the shooting stemmed from an argument after two people pulled up in a car in the parking lot off San Pedro. One person from inside the car opened fire on the victim -- a man who was not identified -- and struck him in the face.

Police said the victim was taken to a hospital; his injuries are not life-threatening. Meanwhile, officers say they have a lead on the suspects, who fled following the shooting, and are working to bring them into custody.

This is a developing story. Further updates will be added as they are received.