SAPD: Man shot after avoiding the rain on the east side; suspects got away

Police said a homeowner saw a man who he knew in the neighborhood walking by in the rain, so he invited him onto his porch – then the two were shot at. 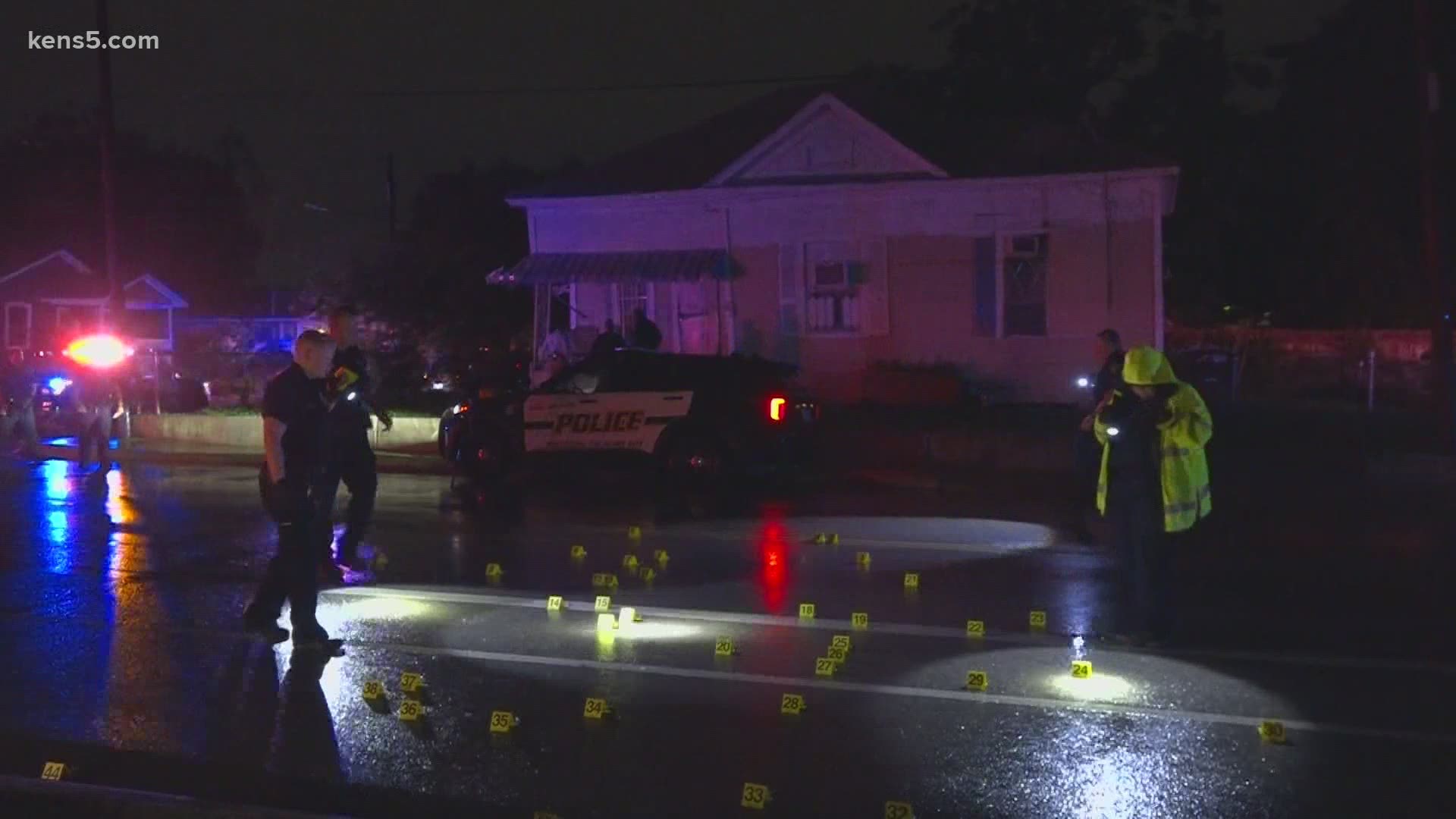 SAN ANTONIO — A man trying to get out of the rain at a neighbor's house ended up getting shot, police said. That man was at a home on the east side early Tuesday morning.

According to the San Antonio Police Department, around 2:30 a.m., they responded to the shooting in the 700 block of Iowa Street.

Police said that a homeowner saw a man who he knew in the neighborhood walking by in the rain and that the homeowner invited the man up onto his porch to get out of the rain.

Not long after, they were sitting there together when a dark colored vehicle pulled up and at least three suspects opened fire on the two men, investigators said.

The homeowner was not hit, but the other person was struck once in the leg. He was transported to Brooke Army Medical Center in stable condition. Police believe about 50 shots were fired at the men. So far, there are no suspects in custody.