The Pflugerville gun range reported the theft of 32 firearms. A $5,000 reward is being offered. 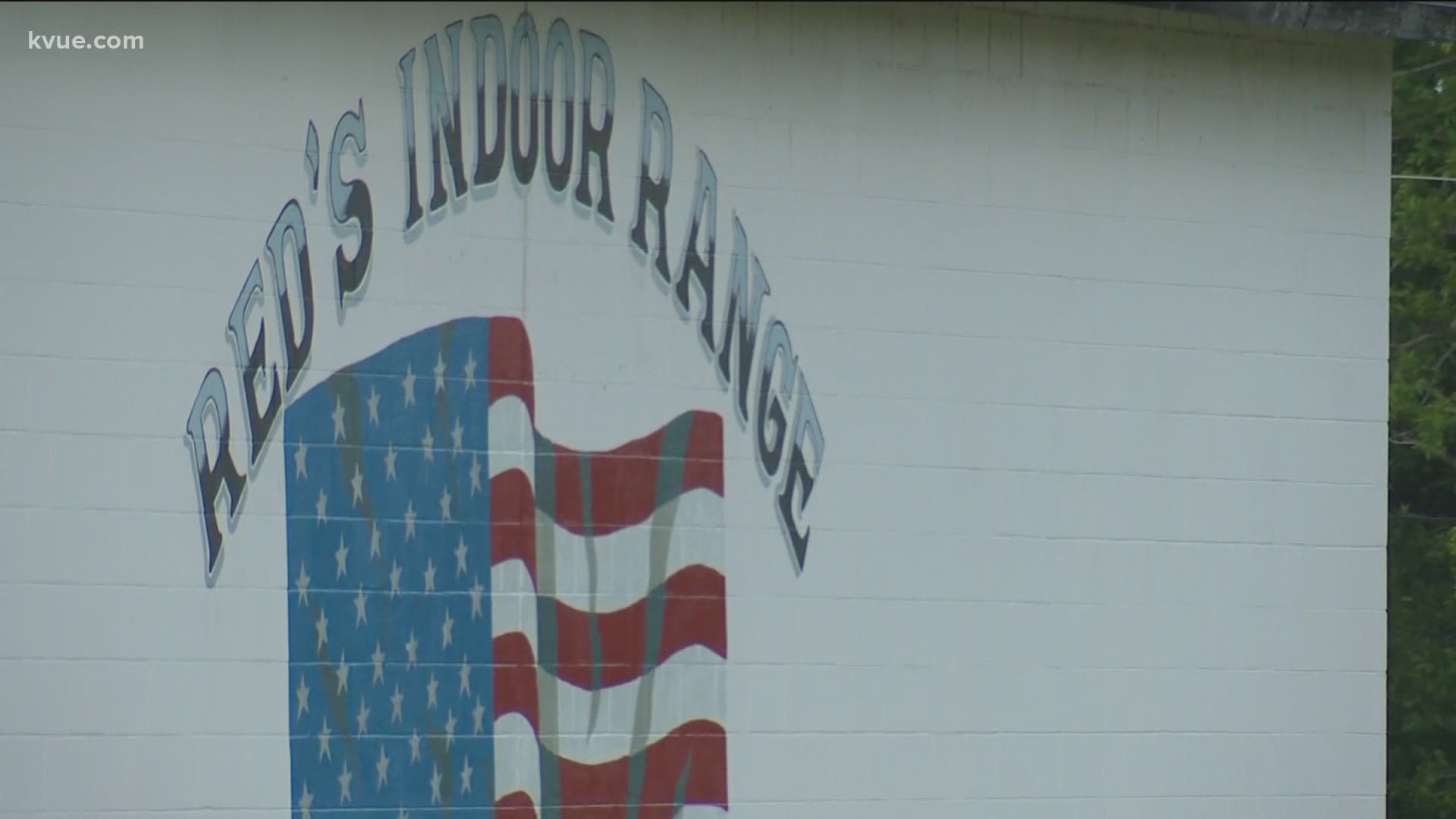 PFLUGERVILLE, Texas — The Bureau of Alcohol, Tobacco, Firearms and Explosives (ATF) is currently investigating after 32 firearms were reportedly stolen from Red's Indoor Range in Pflugerville.

The Pflugerville Police Department (PPD) said on June 16, in coordination with ATF and the Lone Star Fugitive Task Force, it had made two arrests in connection with the burglary of Red’s Indoor Range on June 1, 2020. PPD arrested and charged Hamza Oumansour, 17, and a juvenile with engaging in organized criminal activity.

On June 17, PPD said it had arrested a third suspect, Joseph Adam Lopez, 18. Lopez is also charged with engaging in organized criminal activity.

Officials reported that the suspects burglarized the store at 3:30 a.m. on June 1. Surveillance video showed three people using sledgehammers to strike the doors to gain entry, according to an affidavit.

Red's wasn't the only local gun store targeted Monday morning. About 20 minutes later in South Austin, a group of six guys tried to break into Central Texas Gun Works – but they couldn't do it.

"They broke the glass. They then tried again to the metal door. They shot through the metal door, and they shot three rounds to the gun store. One round hit the floor, another round hit the ceiling. And they also shot around at the lock. So, they were unsuccessful," said owner Michael Cargill. "Everything that we put in place actually worked, and they were not able to get inside and get any guns at all."

"You learn from experience, and we're going to do more stuff to make sure that we can even tighten it up a little more," Cargill said.