Police believe the shooting is not random and have a description of the car they are not releasing at this time. 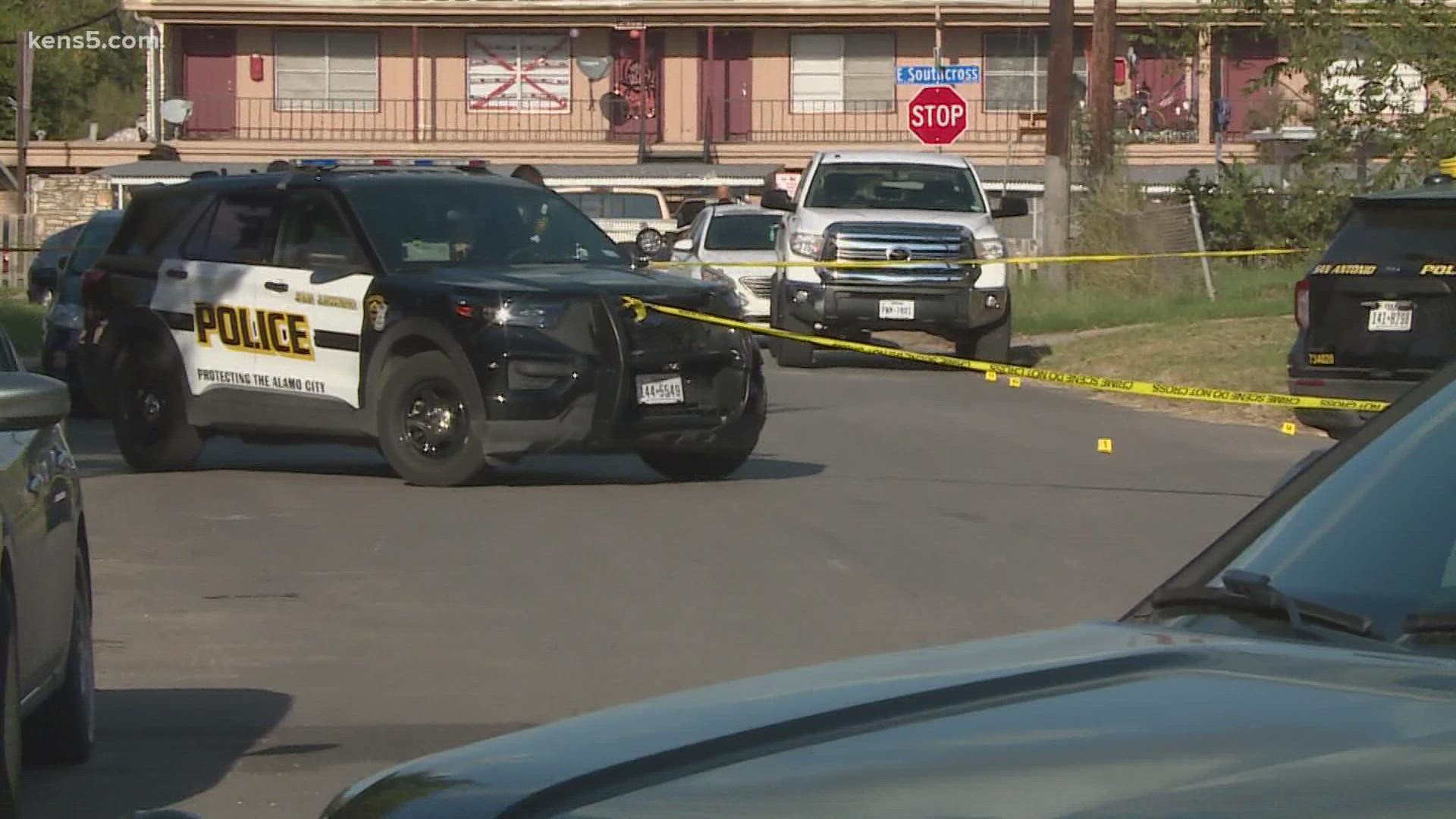 SAN ANTONIO — A four-year-old is recovering after he was shot in the back Sunday evening. San Antonio Police said the boy was shot while in the car with his family.

"That's not the type of people that we are over here," Amos De La Rosa, a neighbor and father, said.

De La Rosa said he’s feeling angry after the boy was shot in his neighborhood.

Police say the boy was in a car on Woodville Dr. on the southeast side. Two other young kids were also in the car along with a parent when nine shots were fired from a suspect’s vehicle.

"The suspect vehicle was at the intersection of Farrington and Woodville at the time of the shooting," Sgt. Tom Alonzo said.

The boy’s family, who did not want to be interviewed, said the boy was shot in the back once and confirmed the boy's age was four.

Police said the child doesn’t appear to have life threatening injuries and was taken to University Hospital.

"There were two other children in the vehicle and we're fortunate that they were not struck by gunfire," Alonzo said.

Police believe the shooting is not random and have a description of the car they are not releasing at this time.

"When you think about this neighborhood is family, family, friends and neighborly neighbors," he said.

De La Rosa has lived in the neighborhood his entire life, and says police don’t come to the area often. He said violence has no place in their community.

"If you've got problems, do it somewhere else. But not here, please. We got kids. We've got children" De La Rosa said.