There were forty people inside at the time of the shooting. While some of the rounds went through cups and hamburgers none of the patrons were injured. 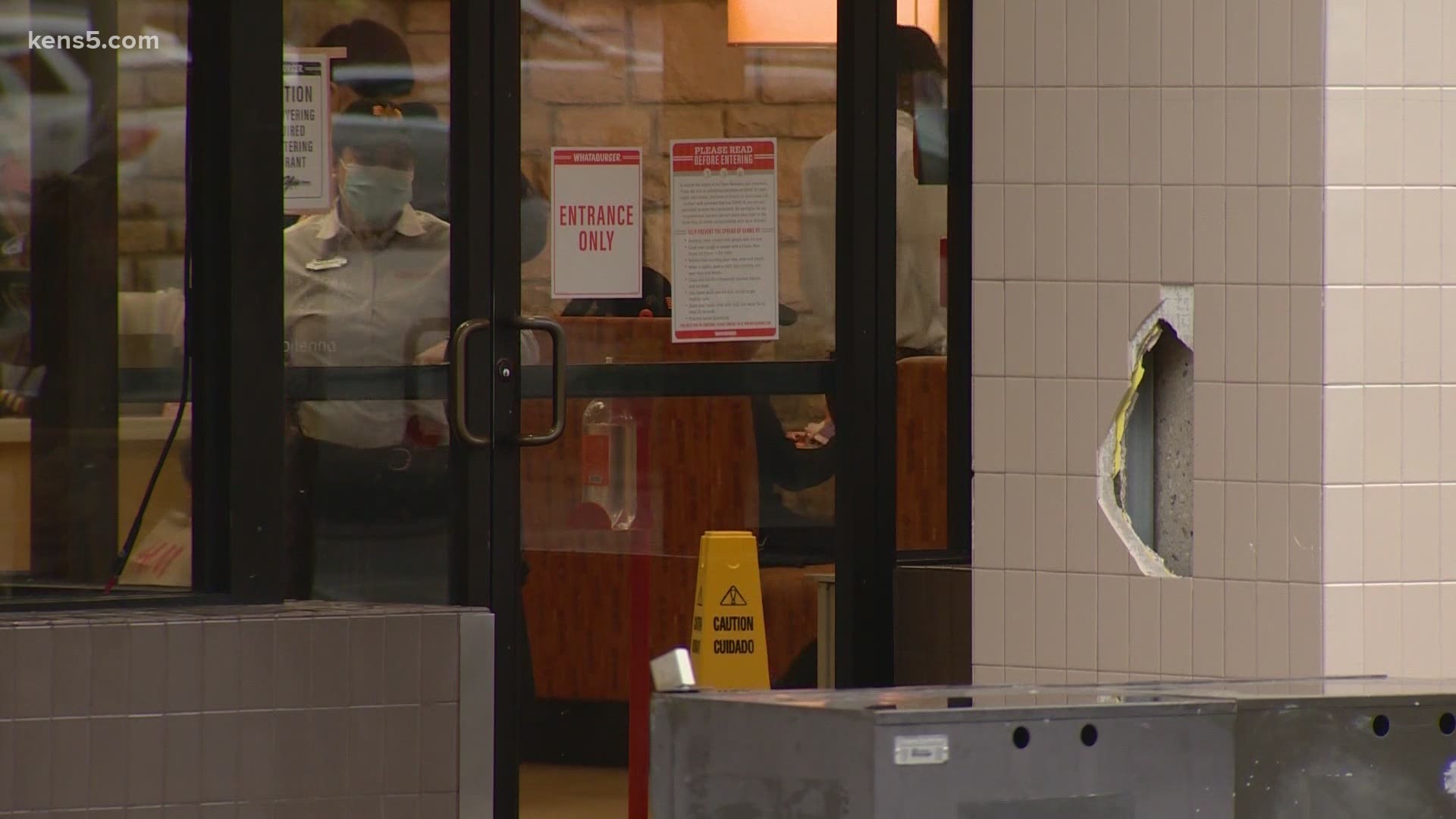 Miraculously, no one was injured during the shooting.

According to preliminary information from SAPD, while at the Downtown Bike Patrol office around 9 p.m. Friday, several officers heard approximately ten gunshots in rapid succession. Officers responded to the location of the gunshots and saw Ortega running east on E. Commerce as pedestrians yelled that he had a gun.

Several bike officers apprehended Ortega, but not before he threw the handgun into the San Antonio River, the preliminary report states.

During the investigation, it was discovered that Ortega had an argument with several people at the Whataburger. Following the argument, police said that Ortega took out a handgun and fired approximately ten rounds into the restaurant's glass windows.

At the time of the shooting, there were forty people inside. While some of the rounds went through cups, hamburgers, and the Christmas tree, none of the patrons were injured.

A spokesperson for Whataburger provided the following statement to KENS 5:

“We are immensely thankful our Guests and Family Members were not hurt. Our deepest gratitude goes to the SAPD officers who responded quickly, secured the restaurant and apprehended the suspect.

"As always, Whataburger remains focused on providing a welcoming environment for our Family Members and the communities we serve. Our thoughts are with those who were impacted by the events last night.”