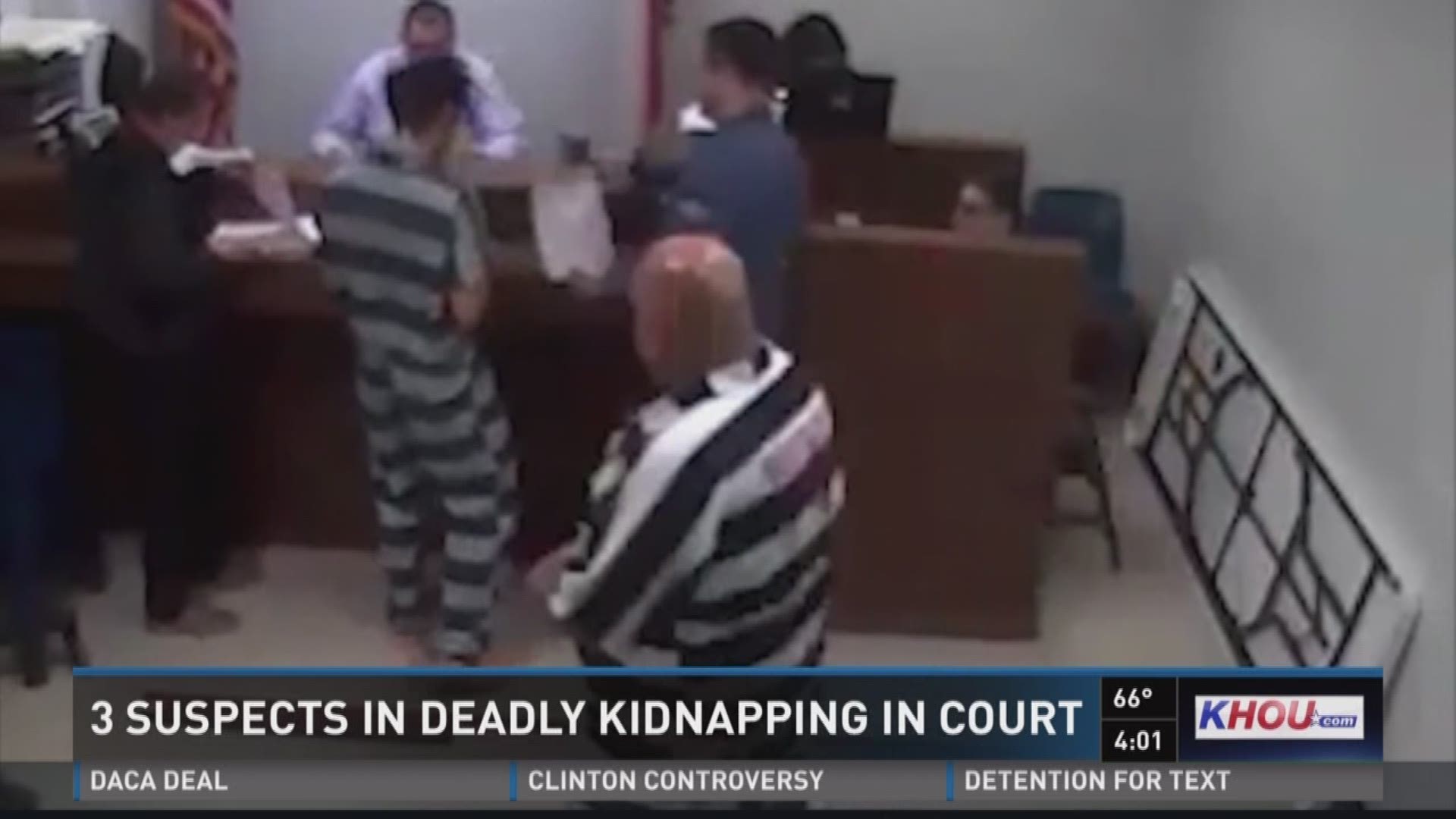 HOUSTON -- A trio of suspects charged with kidnapping a Conroe father appeared in court for the first time on Friday.

That kidnapping led to a raid and the victim’s unintentional death. Court documents say an FBI agent pulled the trigger.

Sophia Heath was granted a $1 million bond but must wear an ankle monitor condition.

All of them are accused of kidnapping Ullises Villadares and holding him for ransom. FBI agents raided the home where Villadares was being held Thursday and that's when the agent shot him. Villadares was still bound with duct tape when he was shot. He died at the scene.

All three suspects could face capital murder charges even though they didn't shoot the man because their crime led to his death, officials say.

“The system failed the 12 year-old boy who called us for help,” said Conroe Police Chief Philip Dupuis. “He wanted us to bring his father home and we failed that child and the victim’s family.”

Conroe Police are still investigating the home invasion that started it all.

It happened at a house on Tyler Lane.

“It’s sad for everybody involved, you know,” said neighbor Steve Senn. “The result is a sad tragedy.”

Court documents suggest someone in Villadares’s family may have had a dispute with the suspects over money.

Details of the victim's final moments are still unknown, even to Conroe’s chief.

“We had some officers on location, they did not go into the house at the time of the raid,” said Dupuis. “They were outside and no Conroe officer discharged their weapon.”

Dupuis has reached out to the FBI for more information.

But he told us no one has responded.

“I’m frustrated that I’m not getting any information,” said Dupuis.

The agent involved in the shooting has been placed on leave, which is protocol when there’s a shooting.

In addition to kidnapping, the two male suspects are also charged with aggravated robbery.