Jerry Alfaro who was on his motorcycle was hit from behind. The driver refused to stop and left him to die on the road. 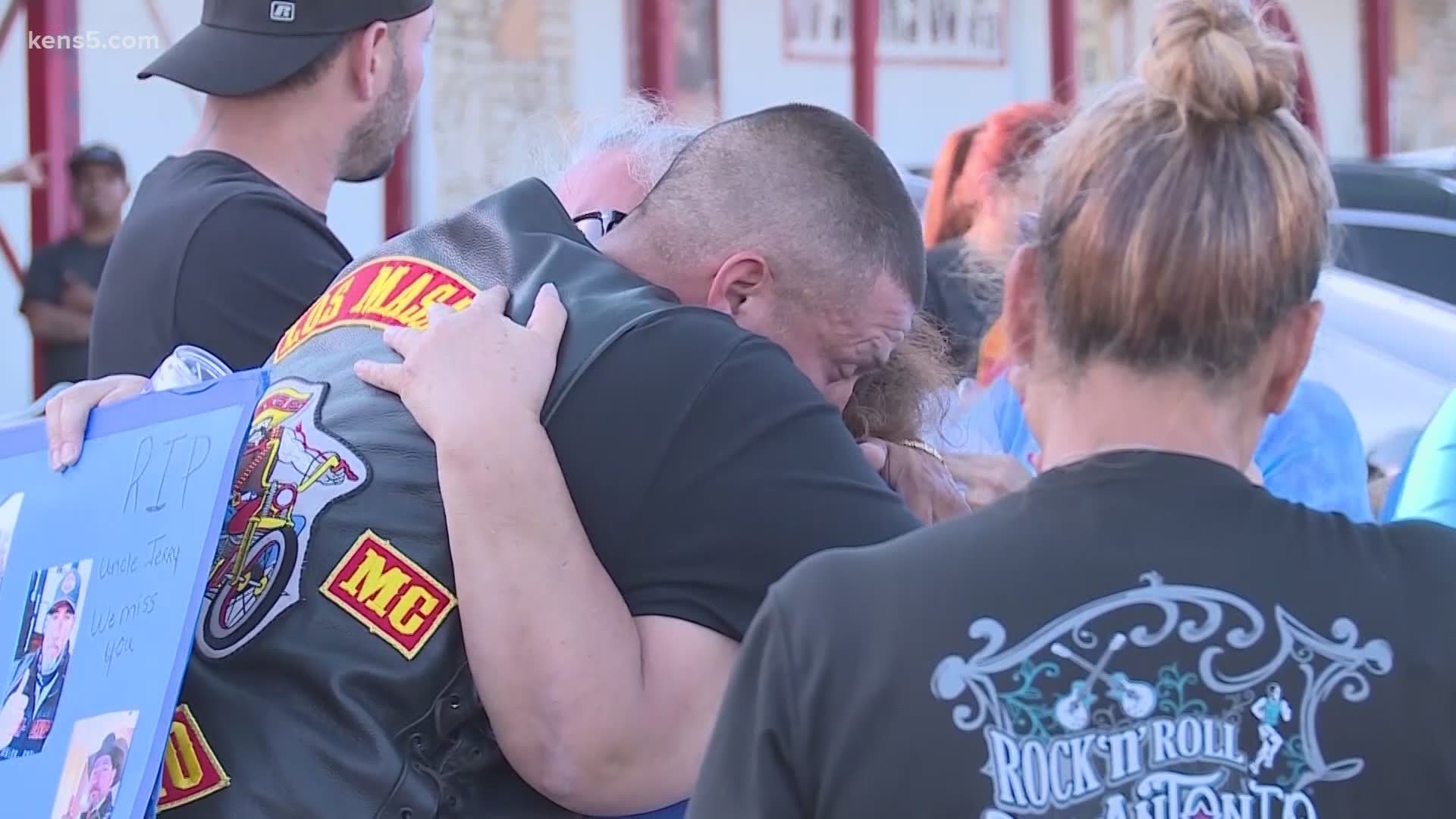 SAN ANTONIO — Police say a driver hit and killed 53-year-old Jerry Alfaro who was riding his motorcycle. He was thrown from his bike but the driver refused to stop.

Tuesday at 7 p.m., dozens of family and friends gathered near the very spot where Alfaro lost his life. They sang and prayed together. Fernando Alfaro, his son, shared more about his father's life. He said Alfaro was a father of 11 children, a genuine man and hardworking man.

"How would you feel if you were in my shoes? Our shoes. You would want the person to be brought to justice too," said Fernando. "All I ask is that you help us get justice for my dad and all my family because he didn’t deserve to be left like that."

If you have any information about the hit-and-run incident, you're urged to contact San Antonio police.