Sixteen-year-old Shana Fisher is best described as a smart, shy, art student at Santa Fe High School. Her parents believe that she was the first victim in Friday's shooting. 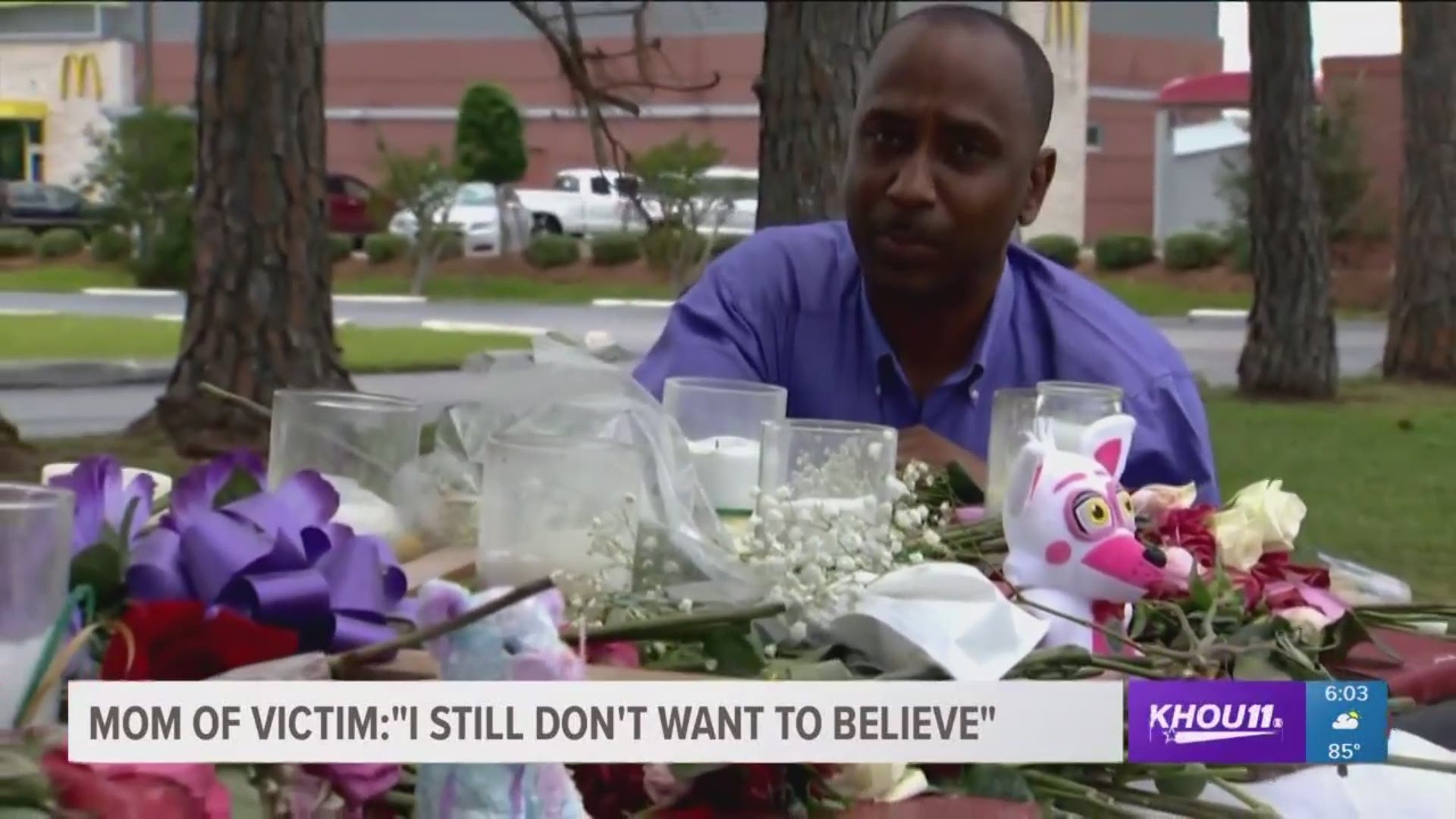 The candle for Shana’s life on the memorial table is out but the flame that wishes she was still alive continues to burn.

“I still don’t want to believe it, at all,” her mother Sadie Baze said.

Shana’s family has shared her art collection, anime expressions from a 16-year-old shooting victim who was drawn outside the lines of life in a deadly school ambush.

“I’d like to look him in the eyes and ask him why,” her father Timothy Thomas said. “Why would he go in and kill such a beautiful kid? She was the first one he killed.”

Described as a smart, responsible, and shy teenager who was close to her grandparents, a YouTube vlog provides a peek at who she was.

“It’s going to be hard. I mean, 16 years, every day, you just wake up and your child is not coming home,” her mother said.

Shana was killed Friday in Santa Fe in the art class she loved so much. Her parents say that she knew the accused killer.

“I think that she knew beforehand because this guy kept harassing her about wanting to be with her, like wanting to be in a relationship,” said Sadie, whose parental hindsight a day after the shooting is eerie. “About five or six days ago, she said, ‘Mom, if there were a shooter in my school and they came in and shot, I would haunt him forever if he killed me.’ So I think she said some kind of clue that something was going to happen.”

The family is trying to cope as they await the release of Shana’s body. Investigators say that after the shooting, she was unrecognizable.