An FBI spokesman said the gunman who killed seven people in Midland-Odessa called 911 15 minutes before his shooting rampage began. 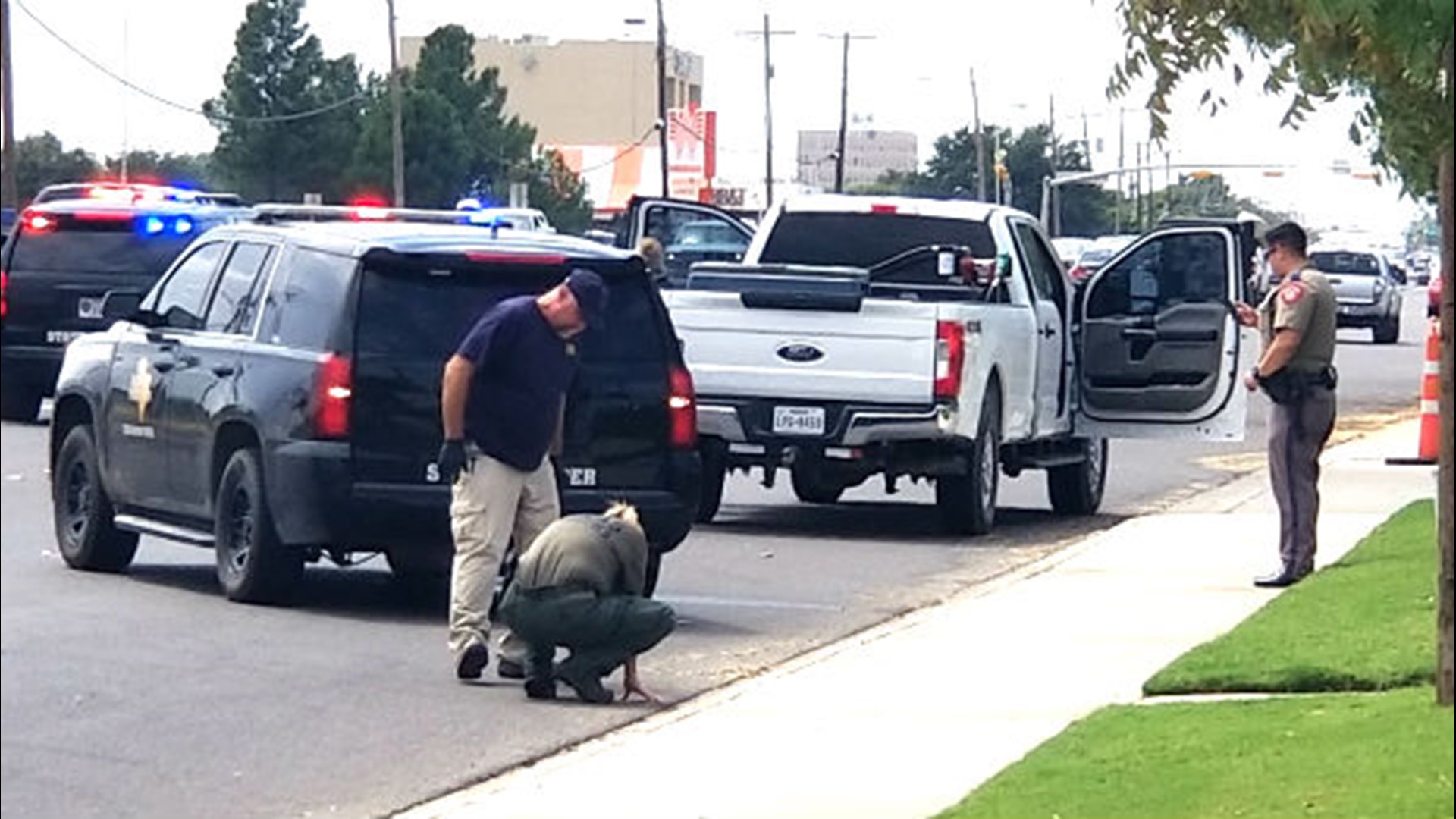 ODESSA, Texas — Multiple law enforcement agencies held a press conference Monday afternoon at the University of Texas Permian Basin, laying out more details about the mass shooting that ended with seven people dead in the west Texas towns of Midland and Odessa.

"It was frankly a rambling statement about some of the atrocities he felt he had gone through. He did not make a threat during that phone call," Combs said.

Combs said the shooter also called 911 after the shooting began. Combs did not have details on what the shooter said, but said he identified himself as the gunman.

Officials said the ATF and other authorities were investigating how the shooter got his weapon.

ATF Special Agent John Wester said the shooter failed a previous background check when he tried to purchase a gun.

"Not only did the Odessa gunman have a criminal history... ...he also previously failed a gun purchase background check in Texas... ...& he didn’t go thru a background check for the gun he used in Odessa.  We must keep guns out of criminals’ hands," Abbott tweeted.

Gerke did not release details on the shooter's motivation.

Combs said they completed a search of the shooter's property Sunday. He could not comment on the inside of the house but he said the outside was not clean.

"The conditions reflect what we believe his mental state was going into this," Combs said.

Combs stressed Saturday's shooting was not unique to other previous shootings.

"The most important characteristic where people can help us is this spiraling downward path that these individuals have that they lose mental capacity," Combs said. "They become more mentally challenged and there's a way to break that path. I really do believe that, by people who see it."

Combs said in 2018, there were 27 major active shooters in the U.S., which is every two weeks.

Combs stressed the importance of reporting what they believe might be a dangerous change in someone's behavior.

"In very few instances do people then reach out to a mental health professional or a boss at law enforcement to say, 'Hey, this person is a concern,'" Combs said. "This is what I have seen and it has me very concerned. If we could do more of that, I think some of these we might be able to stop."

Combs said changes of behavior could be suddenly purchasing a lot of firearms or watching violent videos online.

"There are some very graphic and disturbing videos that are out there and we have had tips on the terrorism side where people have seen others watching beheading videos at work then they call the FBI. That's a great idea," Combs said.

The chain of events began when state troopers tried to pull over a gold car mid-Saturday afternoon on I-20 for failing to signal a left turn, Texas Department of Public Safety spokeswoman Katherine Cesinger said. Before the vehicle came to a complete stop, the driver "pointed a rifle toward the rear window of his car and fired several shots" toward the patrol car that stopped him. The gunshots hit one of two troopers inside the patrol car, after which the gunman fled and continued shooting, Cesinger said.

Two other police officers were shot before the shooter was killed. Authorities said the trooper was in serious but stable condition on Saturday, and the other officers were stable.

The shooting comes just four weeks after a gunman in the Texas border city of El Paso killed 22 people after opening fire at a Walmart. Texas Gov. Greg Abbott this week held two meetings with lawmakers about how to prevent more mass shootings in Texas. He visited the area Sunday.

RELATED: So many crime scenes, so many emotions for West Texans