Matthew Dempsey accepted a plea agreement to serve 42 years in prison for the capital murder of his mother, Mary Helen Dempsey. 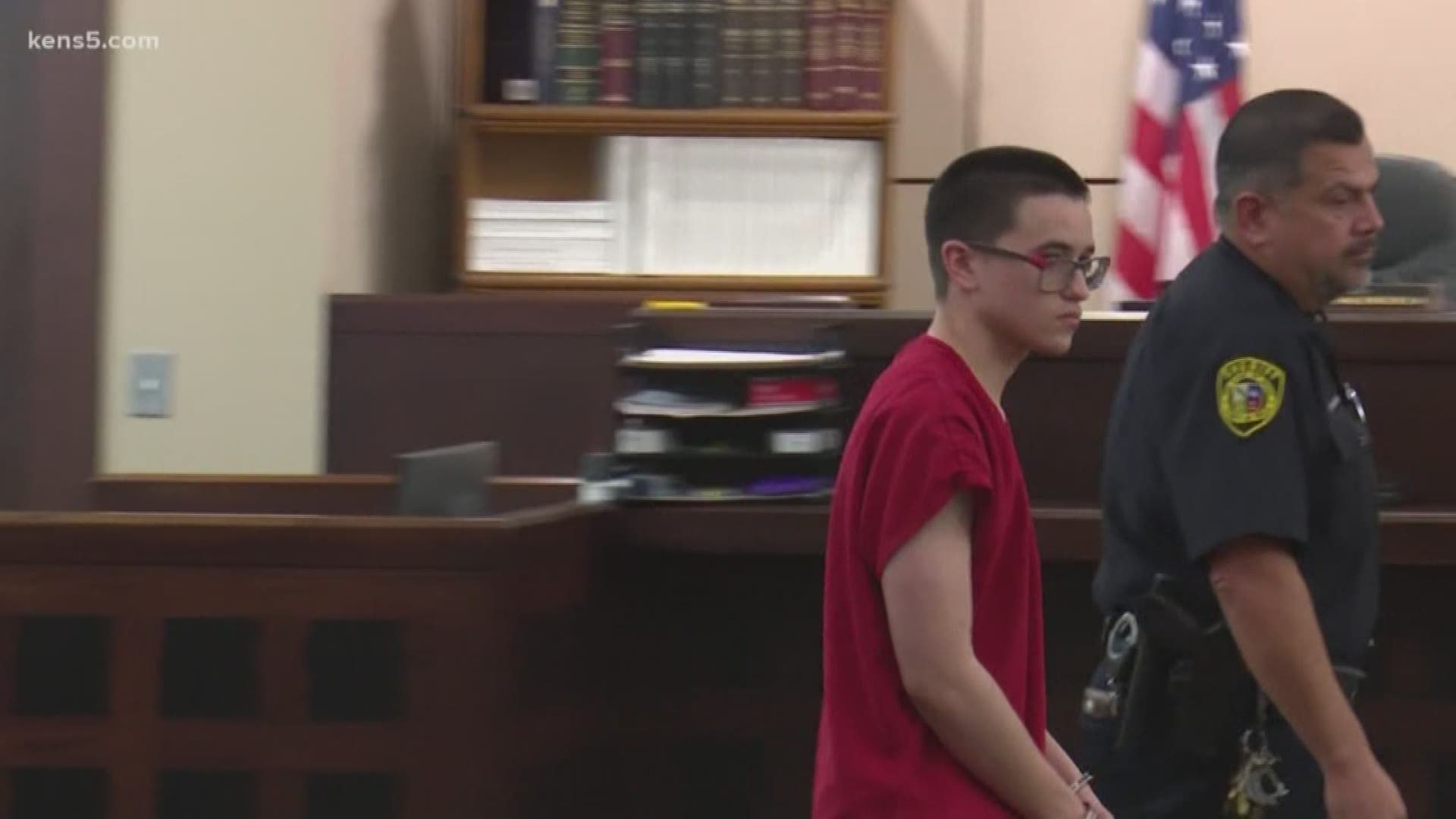 SAN ANTONIO — A man indicted for brutally murdering his mother entered a plea deal on Thursday. Matthew Dempsey pleaded guilty to the capital murder charge and accepted a plea agreement of 42 years in prison.

Mary Helen Dempsey’s body was discovered by her daughter on April 9 at her home off Stagecoach Lane. Police said it was a brutal murder.

Matthew Dempsey, now 19 years old,  was arrested a short time later after police say they found evidence that led to his connection to the crime. Dempsey then confessed to killing his mother.

Authorities said Mary Helen came home to find the two teens robbing her home, when they attacked her from behind, beat her with a baseball bat, and then cut her throat.

RELATED: SAPD: Son of woman murdered on west side 'attacked her from behind using a baseball bat'

Mary Helen’s family is still overcome with grief and are angry that Dempsey was offered a plea agreement.

“I feel like she was at a point in her life that she was living her best life. She had so many friends, and so many people loved her,” a family member, Michelle Mireles, said.

“It’s like they knew what they were going to do,” said Mary Helen’s aunt, Elizabeth Castro. “42 years is nothing, go to trial, make it fair."

Mireles said the family is still torn apart, and the plea deal doesn’t fit the severity of the crime.

“He brutally murdered somebody, took her belongings, used her vehicle to get away, and you’re getting a slap on the wrist,” she said.

A special prosecutor was brought in to try the case. Scott Simpson said the District Attorney had to recuse themselves from this case because Saucedo's mother works in the DA’s office.

Simpson said this is not a lenient plea deal.

“When you come to the table and say, ‘I want to take responsibility,’ you get some benefit for that. Obviously, this is not a light plea. I mean, 42 years is a lot of time, and so he will spend more time in prison than he's been outside in his life,” said Simpson.

Simpson said that Dempsey will be required to serve at least half the time before being eligible for parole.

“Most violent crimes like this, they serve about 75 percent of their time before they're paroled,” he said.

Family members said it’s still not enough time served for taking away their loved one. “I don’t think my aunt is getting any kind of justice, I don’t think the family is getting justice. It hurts,” Mireles said.

“It’s always hard when you have a very difficult crime, a heinous crime with a young kid with not much of a criminal history,” said Simpson.  “In a situation like this, it’s such a tragic occurrence that there’s no making everybody happy.”

Simpson said Saucedo has not entered a plea agreement.  His trial is set for December 3, 2019.

Not Guilty: Judge accepts insanity plea from man who confessed to stabbing, burning Waco man in 2016