After the driver was shot, he crashed into the vehicle of an off-duty police officer. 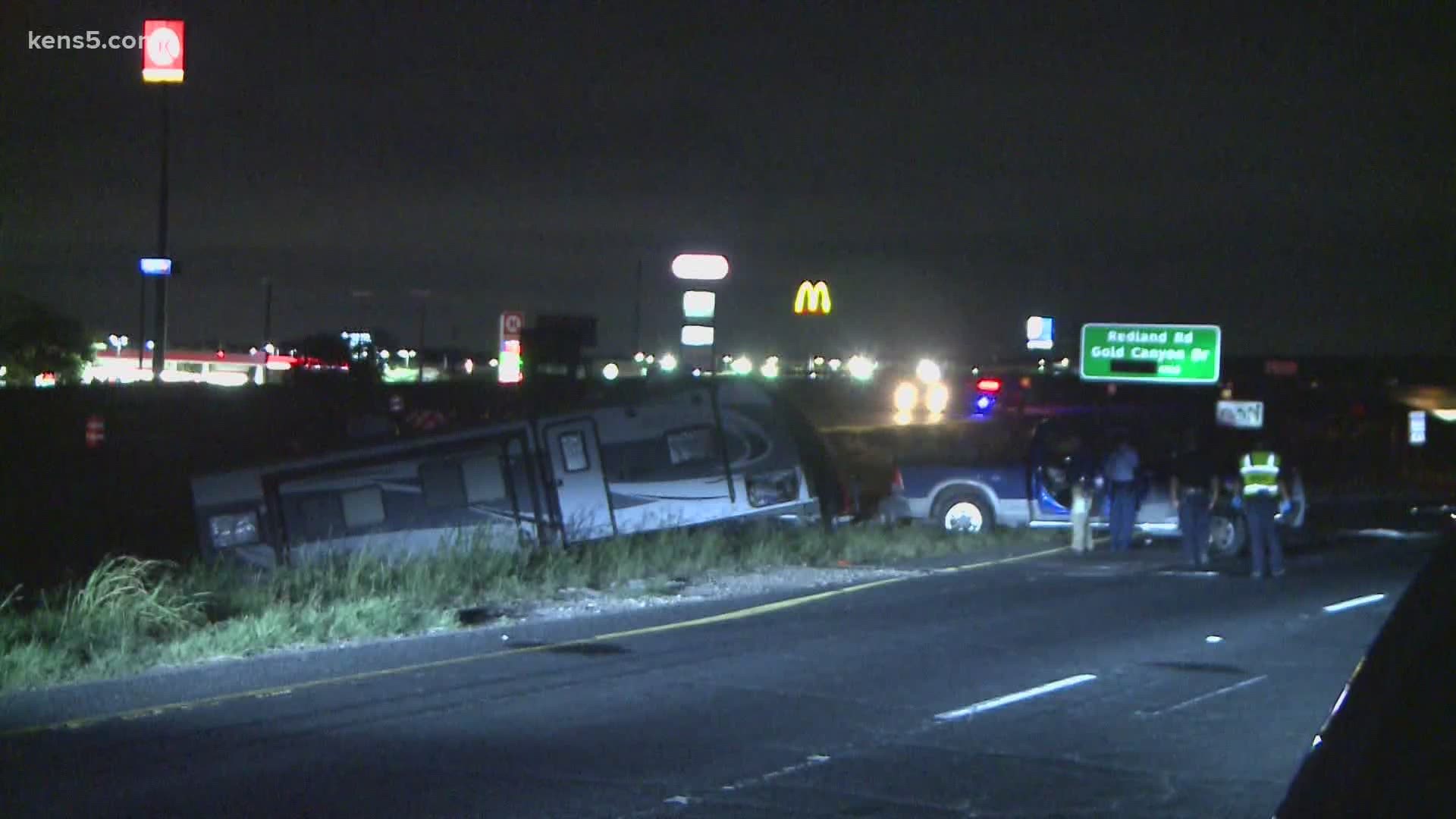 SAN ANTONIO — One man is dead and his wife is in the hospital following a possible road-rage incident Tuesday morning, according to officials with SAPD.

The man, who has since been identified as Frederick Nesloney, 42, and his wife, who are from out of town, were driving along 1604 near O'Connor Road around 12:15 a.m. when police believe the incident occurred.

According to preliminary information from SAPD, a car pulled up next to the driver and fired one round through the driver's window striking him in the left temple.

After the driver was shot, he crashed into an off-duty police officer vehicle. The officer was not in his vehicle at the time of the crash. When the wreck occurred, the officer ran over and discovered that the man had been shot.

The driver's wife was taken to a nearby hospital for injuries sustained due to the crash. She had no details for police as she was asleep the entire time; the crash impact is what woke her.

It is believed that the shooting may have been the result of a possible road-rage incident.

No arrests have been made at this time. The investigation continues.