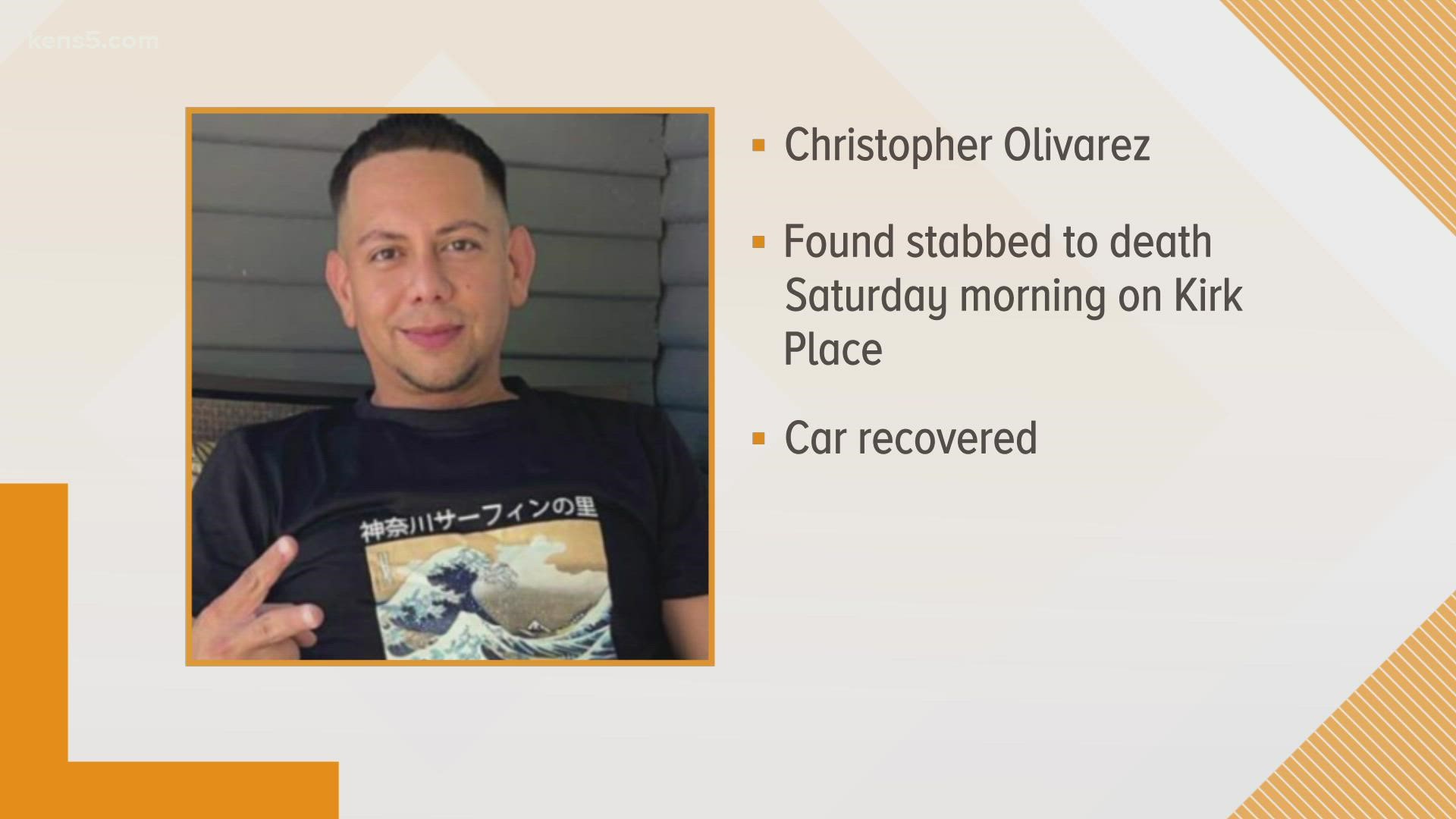 SAN ANTONIO — Police are trying to find the person who stabbed and killed a 40-year-old man on the south side Saturday morning. Officers found Christopher Olivarez dead outside of a home in the 300 block of Kirk Place, near U.S Highway 90.

The San Antonio Police Department said they believe a suspect fled the crime scene location in Olivarez's white 2014 4-door Lexus IS, with a license plate of HPH4110. (The picture of the Lexus SAPD released is not the actual vehicle.)

Detectives believe the murder happened just before 8 a.m. They said Olivarez suffered trauma to his body. An autopsy later confirmed he was stabbed.

Olivarez worked at News4 and Fox 29 as an account executive from 2012 to 2016, according to those stations.