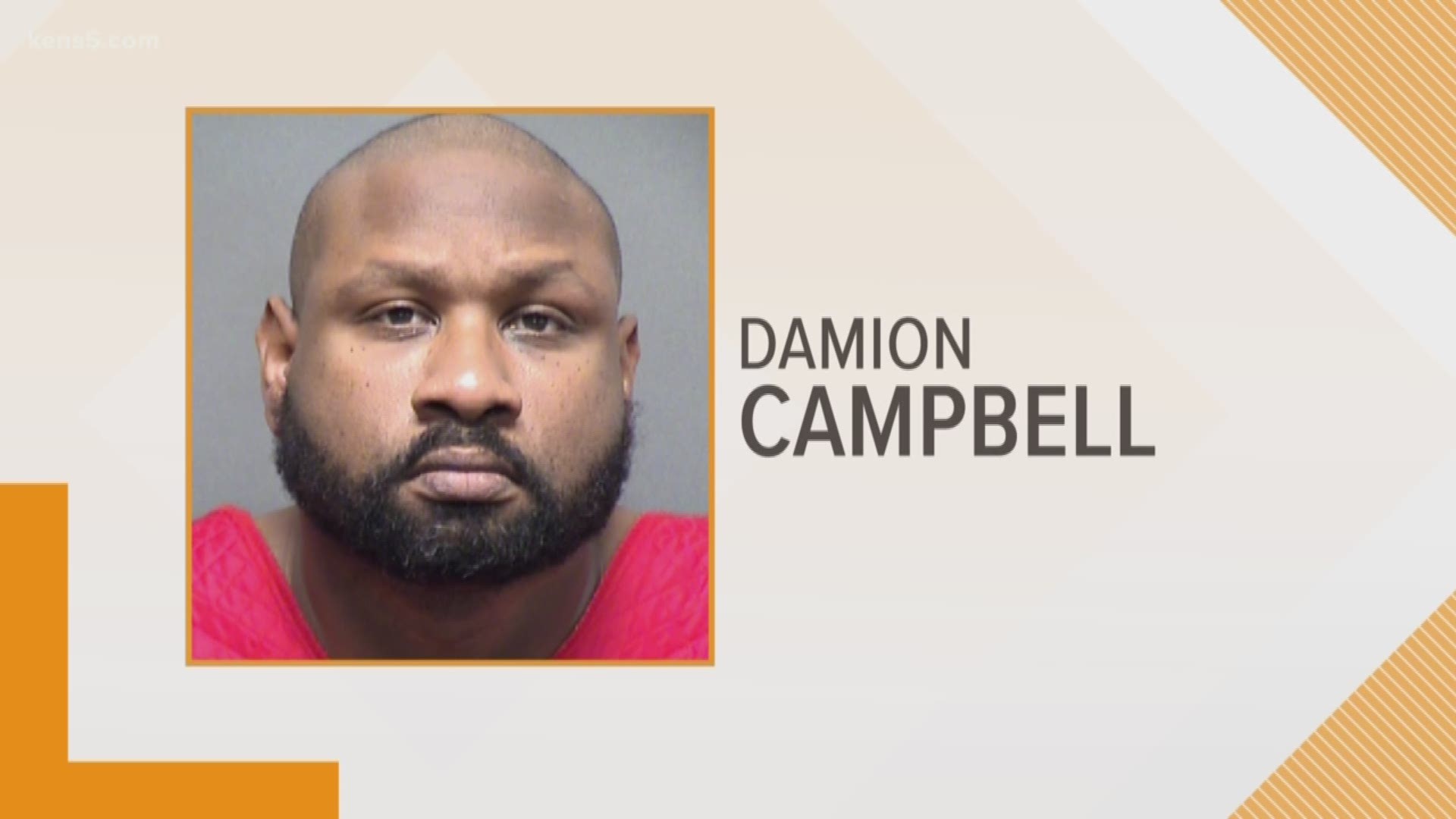 SAN ANTONIO — Wednesday evening, police took into custody a suspect wanted in a deadly attack on the city's northwest side earlier that day.

Thursday morning, Damion Terrell Blue Campbell, 42, was charged with murder for killing a barbershop employee. Another victim was found suffering from multiple stab wounds at the scene.

Diesel Founder Shayne Brown said this was random and the murderer tried to kill all three of his employees who were inside at the time. The shop, like most salons, has been closed for two months. He said the location was closed when the violence happened and that his staff was working to prepare to open on Friday.

Intrigue Salon Owner Brenda Gutierrez works right next door. She was inside her salon, at the time, with her management team. They were also making preparations to open soon.

"My heart is broken," she said. Life can change at any minute. l saw their smiling faces this morning opening the door the same time I was, and right now it really hasn't sunk in."

She said she didn't hear what happened until the police started arriving.

"It hit so close to home," she said. "Luckily, we were locked inside. We don't know who the suspect was, or what he was doing. But, it could have easily just been us."

Brown told KENS 5 three employees were inside around 12:30 Wednesday afternoon. He said they were preparing to open back up on Friday.  He said one employee escaped and told him about the frightening encounter. Brown said the shooter tried to open the locked doors and wanted to book a future appointment. He said staff let him in, but said he had to go back to his car to grab his credit card. When the shooter came back, he had a backpack, gun, and knife.

"My staff did nothing wrong, and this guy tried to kill three of them," he said.

He said the employees tried to offer the man money.  He said they have been trained to comply with anyone.

Brown said he doesn't know if he plans to reopen the location.

"Someone came after my family, for no reason," he said.

Loved ones started leaving candles, and flowers for the victims right by the front door. Brown said the employee who was stabbed is in the hospital and is going to be okay. He said she was stabbed five times.

A GoFundMe page has been set up by the owner of Diesel Barbershop for the victims.