Man in critical condition after being shot, crashing into church in Jennings

Anyone with information about this incident should call the St. Louis County Police Department at 636-529-8210. 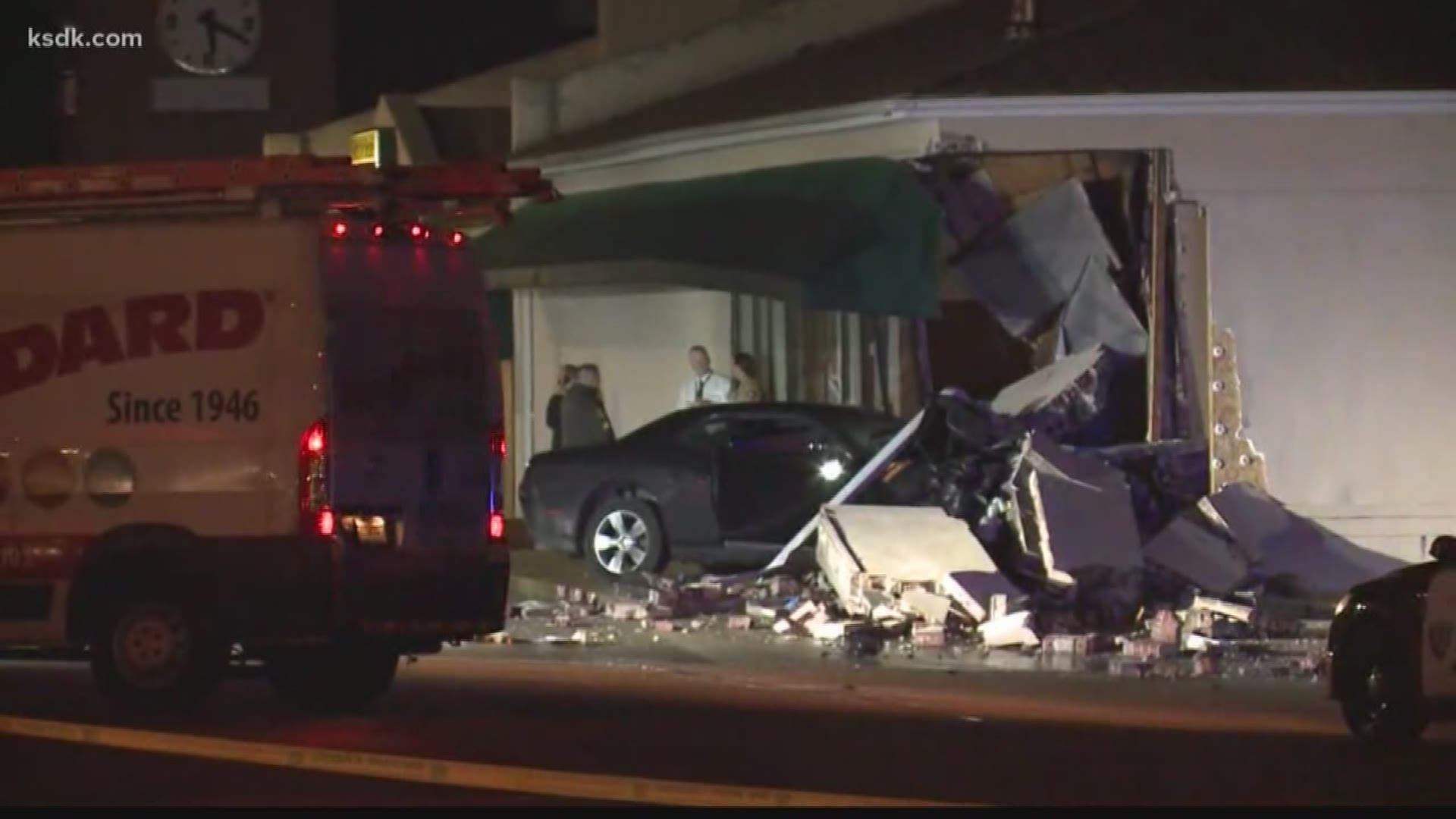 JENNINGS, Mo. – A man was shot before a stolen car that he was in crashed into a church Friday night.

Just before 8 p.m., police were called to the intersection of Jennings Station Road and Lewis and Clark Boulevard for an accident.

When officers arrived, they found a car that crashed into Faith and Hope Ministry on Lewis and Clark Boulevard.

A man and a juvenile were inside the vehicle. Police said two other people who were in the car fled the area before police arrived.

Officers said the man was suffering from a gunshot wound and the juvenile suffered minor injuries from the crash.

They were both taken to the hospital. The man remains in critical condition.

The car they were in was reported stolen earlier in the day, according to police.