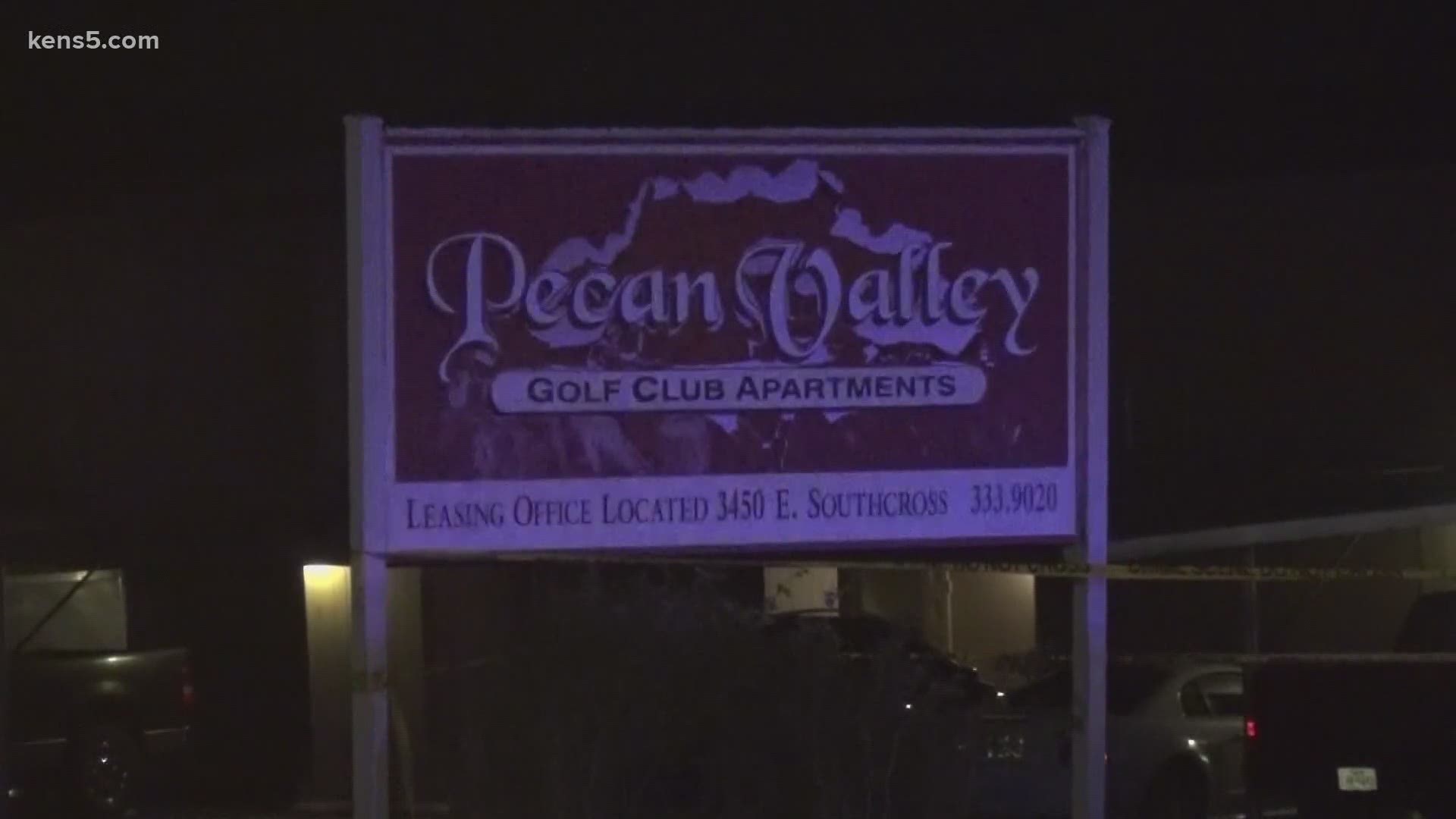 SAN ANTONIO — Police have identified the suspect arrested this morning who is accused of a deadly shooting.

One man is dead and another man was taken to a hospital after a shooting at an east-side apartment complex, San Antonio police said.

The incident happened just before 4 a.m. Wednesday in the 4600 block of Pecan Valley Drive.

Officers said they were at a gas station when they heard multiple gunshots. When they arrived, they found Benjamin with an "AR-15 type of weapon."

He was ordered to drop the gun and was arrested, police said.

SAPD found a 49-year-old man dead and another man shot while he was sleeping in the apartment unit. The other man was taken to the hospital.

Police said they have not confirmed if the victim who died, identified as Frederick Buhler, was the shooter's target, or if the attack was random.

Authorities said the man had on "some sort of wearable protection."

Multiple apartment units were hit in the gunfire but no other injuries were reported.