Man followed home from bank, has $8,000 stolen in matter of seconds

A GoFundMe was created to try to replace the thousands of dollars stolen from Jose Gillen, 62, in broad daylight. 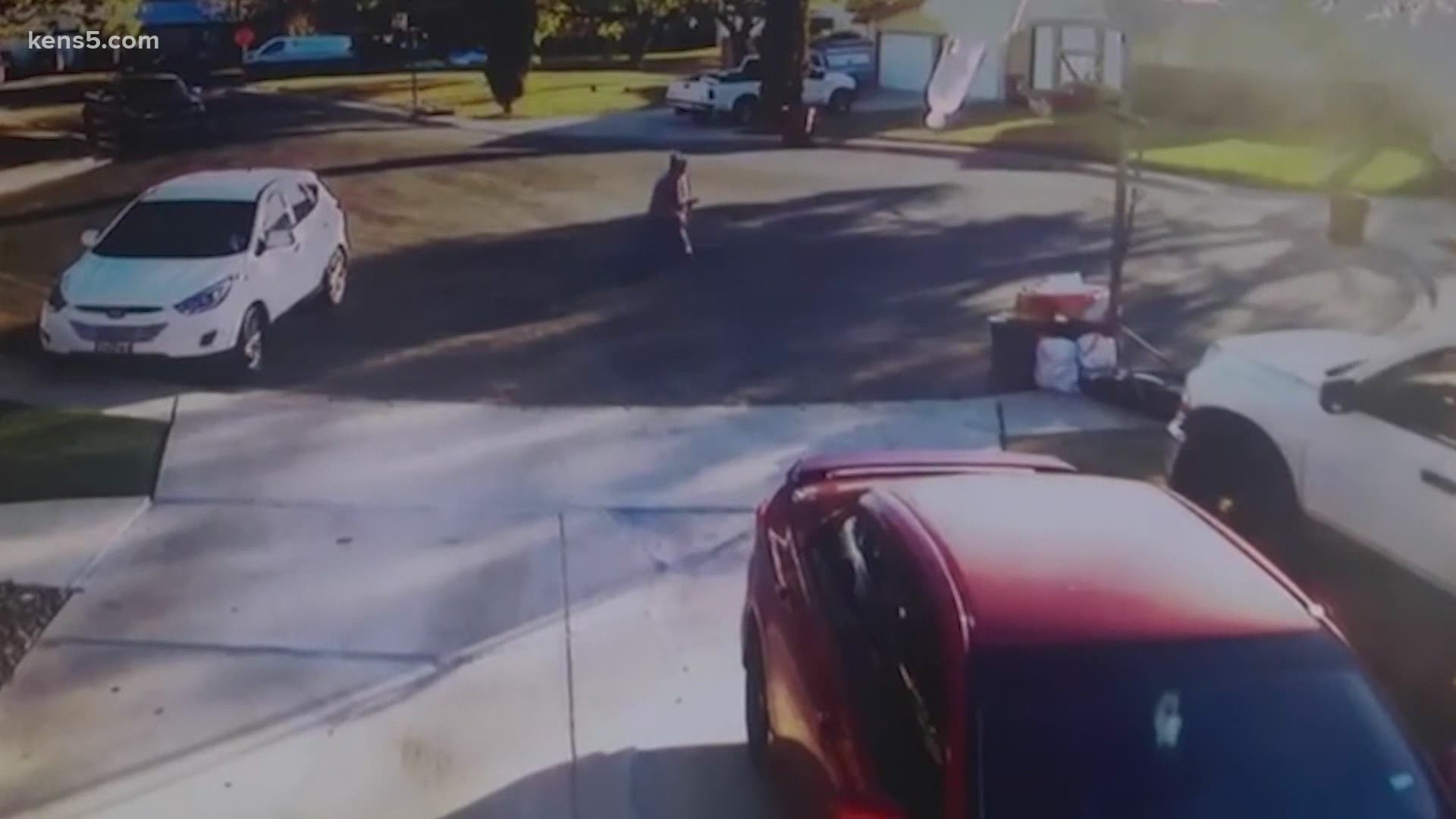 SAN ANTONIO — One woman is warning others after her 62-year-old father was followed home from a bank and had his vehicle burglarized after cashing out an $8,000 check.

Erica Quintero said her father, Jose Gillen, had cashed the check at a Bank of America off Broadway on Monday, putting the cash in the glove compartment of his truck before driving home. When he backed into his driveway, she said he got out of the truck to unlock a back gate and clear the driveway in his backyard.

Surveillance video shows a gray Buick with paper plates pull into the cul-de-sac of Gillen’s home before an individual in a red sweatshirt got out of the vehicle, climbing into Gillen’s truck before running back to the Buick shortly after.

Quintero said her father was alarmed when he heard his truck door slammed shut and tires screeching and ran to the front yard, chasing after the Buick as it sped away. Video shows Gillen attempt to take a photo of the car before getting into his truck and trying to chase the thieves. It was then he realized the money had been stolen.

“He worked hard for it,” Quintero told KENS 5 on Monday. “It was days in the sun, days in the cold, and it was all gone in seconds.”

The scheme is known as jugging. Assailants watch and follow people leaving banks or ATMs and either break into their vehicle and take the cash the driver has left behind or take the money by force.

Quintero said detectives told her the perpetrators target people in construction trucks such as her father’s, because the drivers likely carry large sums of cash. In Gillen’s case, he had just cashed a check from a construction project — a big job that would give him an equally large financial break. She said the project was among her father’s last, considering the grueling nature of the work and his age.

"He's beating himself up over it,” Quintero said. "Why? Why did he leave that in the vehicle when he's never left it before?” She said she’s consoled her father, reminding him that in his home of more than two decades, he’s never been targeted.

"Either way, that money, of course, may not come back,” Quintero said. "So, I mean, that's the sad part. But people definitely need to know you're not stealing from just anyone.”

Quintero said Gillen, who has custody over five of his grandchildren, was sorely in need of the funds.

Authorities were able to collect fingerprints from Gillen’s truck that may provide clues leading to an arrest. In the meantime, Quintero set up a GoFundMe that has raised more than $2,000.