DEA officials said the pills were smaller than a dime and that even a tiny dose of the drug could be fatal. 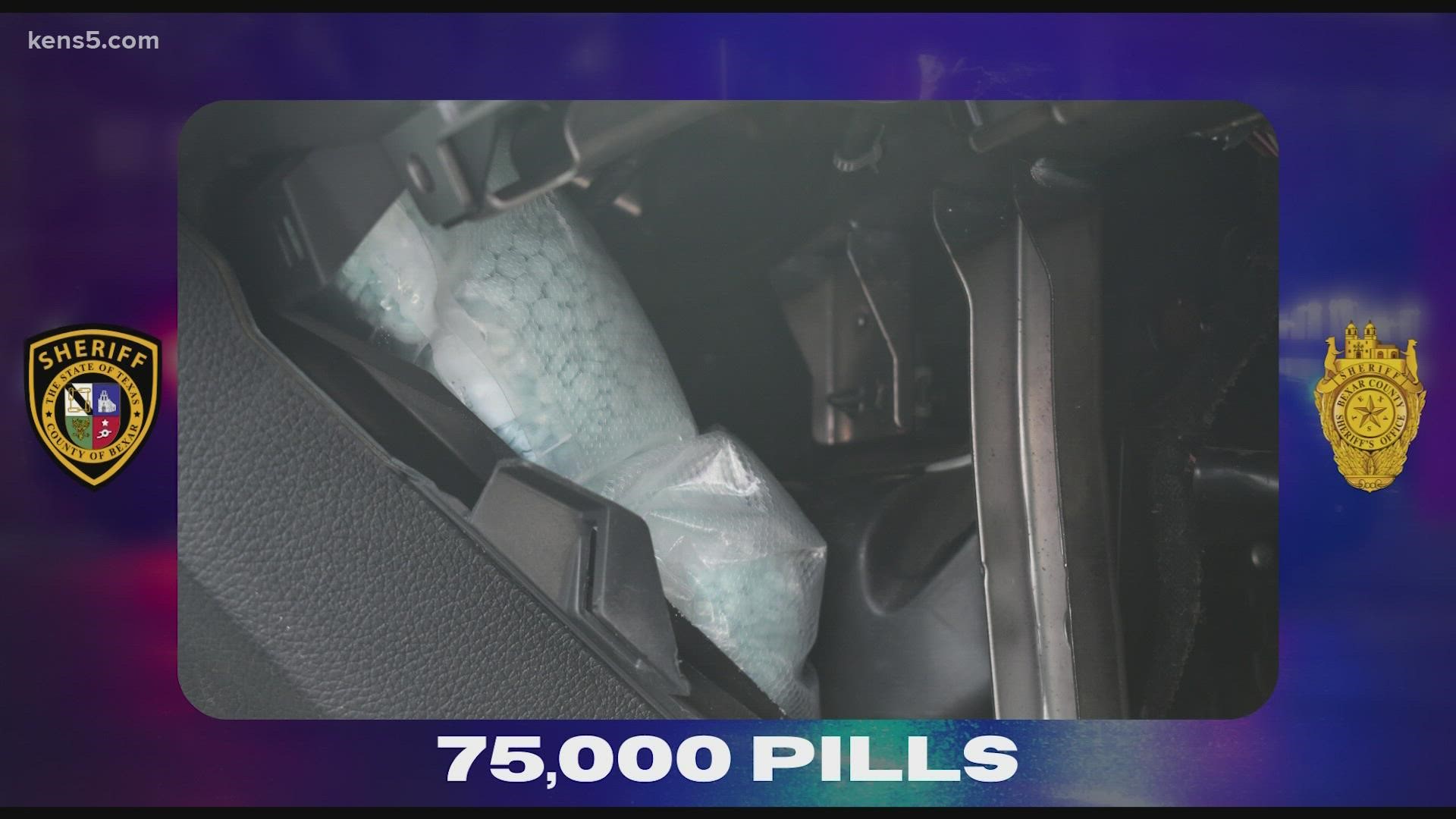 Authorities call it the largest fentanyl seizure in Bexar County.

"While we are certainly celebrating this case for obvious reasons, we're also quite alarmed by the fact that this drug is present in these quantities in this area, not something that that surprises us, but it's still troubling nonetheless," said Bexar County Sheriff Javier Salazar.

On Wednesday, a joint task force including the DEA along with the sheriff's office arrested 41-year-old Francisco Ortiz.  He's facing a federal charge of possession with an intent to distribute over 500 grams of a controlled substance, according to Salazar.

The bust happened at a Best Western off Loop 410 near Callaghan Road.

DEA officials said the pills were smaller than a dime and that even a tiny dose of the drug could be fatal.

Salazar said the street value of the seized drugs is over $1.2 million.

This comes as state officials said they've seen a surge in fentanyl seizures with DPS reporting a 950%  increase from 2020.

"That's due to availability, the amount of fentanyl that's in the country right now. And there's a correlation between that and the approximately 93,000 overdose deaths in the country," said Dante Sorianello, DEA Special Agent.

According to Sorianello, fentanyl is a synthetic opioid, over 50 times greater or stronger than heroine.

He said fentanyl pills are often made in backyard labs, and often pushed to young people disguised as other drugs.

That's why Sorianello had a strong message to parents: pay attention to your kids.

"Some may not have any narcotic in it, others may have too much and that’s when your going to overdose, and these are the stories you hear, someone goes to a party, and never done anything, said Sorianello.  "They take a pill which seems very simple, never done that in their life, and they simply don’t wake up."

Sorianello said he couldn't divulge how they were able to track down the suspected drug dealer or if additional arrests are pending.

He did say this is part of a larger drug operation and the investigation is on-going.