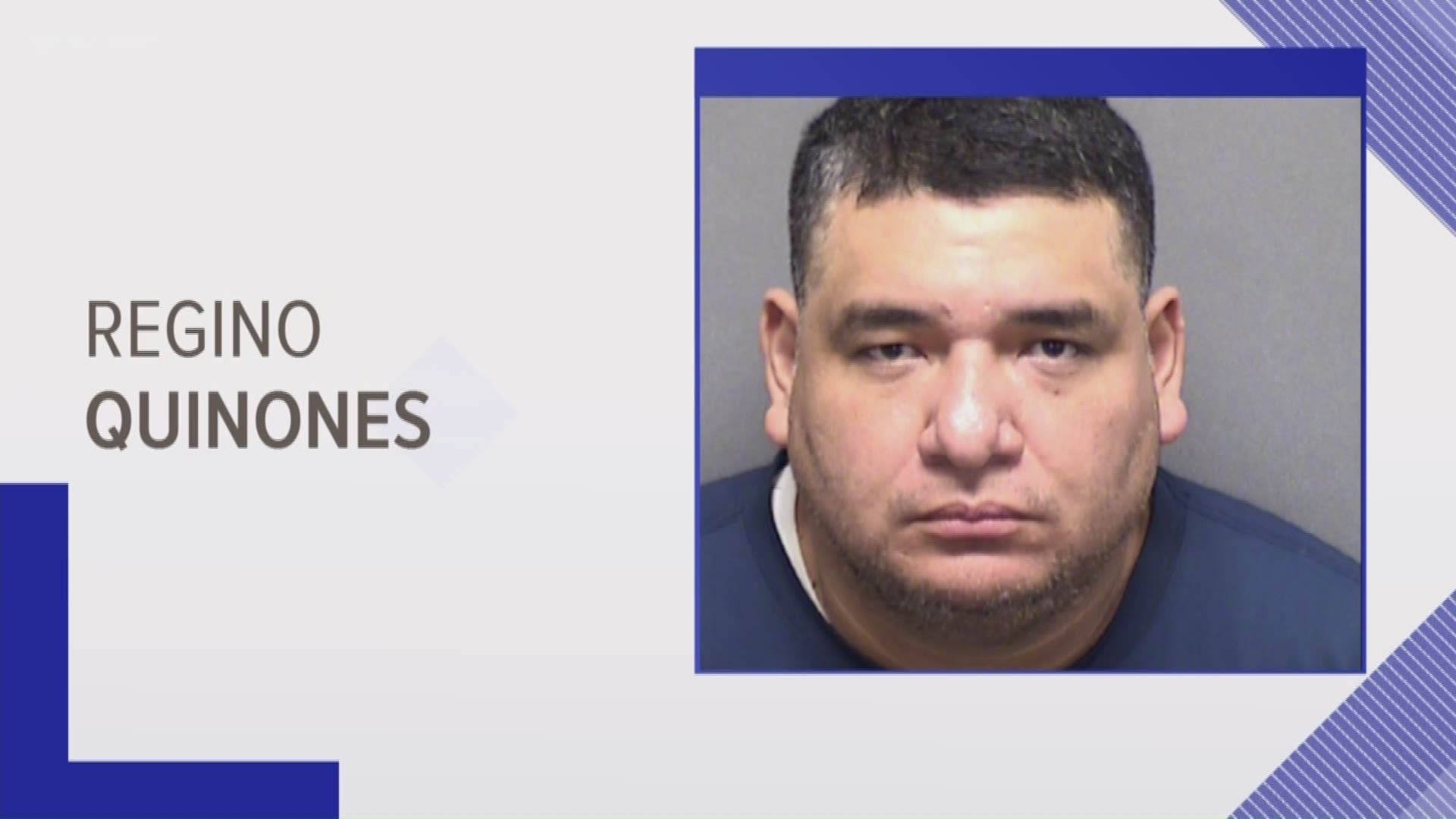 SAN ANTONIO — A 39 year old man is jailed, facing multiple counts of continuous sexual abuse of a child. San Antonio Police said when they questioned Regino Quinones about allegations made by a number of young girls, he confessed to the abuse.

According to an affidavit, the oldest of three girls came forward to staff at school and said Quinones had been inappropriately touching her. She said the abuse lasted for about six years, with the last incident happening two years ago. She also said he tried to touch her about two weeks ago, but she told him to stop. Child Protective Services talked to the three children, ages 14 to 17, and they all said the abuse had been going on for years.

Police said Quinones turned himself in and wanted to speak with a detective.

He told detectives he knew what he did was wrong and that he had been abusing the girls for years. His bonds total $225,000.

7 people trapped in mobile home after the roof collapsed, one fatality confirmed

Hundreds gather at dying veteran's bedside thanking him for service