The chase went on for more than an hour across the west and southwest sides of the city. 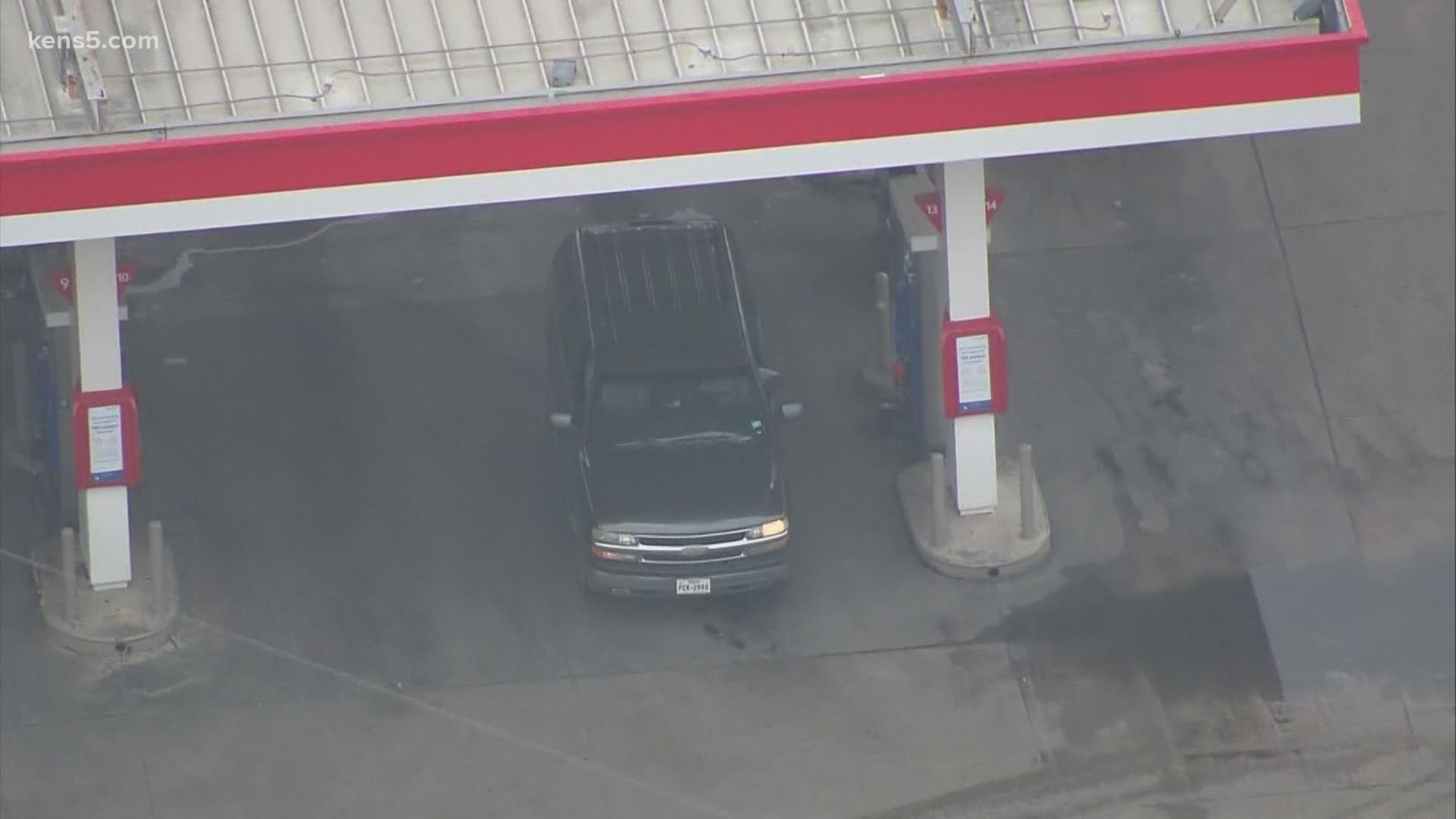 SAN ANTONIO — A woman was taken into custody at a gas station on the city's southwest side following an hours-long pursuit involving San Antonio police.

Around 1 p.m., a West SAFFE unit was assisting another SAPD unit when they encountered the suspect acting in a belligerent way at the 3600 block of Fredericksburg Road, officials said. The officers asked the suspect to leave; she did so but later came back and continued to act belligerently.

Police saw the suspect committing traffic violations and attempted to pull the suspect over. Officials said the suspect then intentionally rammed into several cars including patrol cars before leaving the area.

Police followed the car at a safe distance before finding and apprehending the suspect at an Exxon in the 2600 block of South Zarzamora Street. The suspect was taken into custody and is facing charges of aggravated assault against a peace officer and evading arrest.

An SAPD spokesperson was adamant that this was not a chase nor a pursuit but rather a "follow." Police said they are also investigating other possible offenses, but no further information was given on whether that was an alleged bank robbery.

There were no injuries reported.