A multi-agency operation took McKane into trial after he allegedly shot and killed Detective Benjamin Marconi. 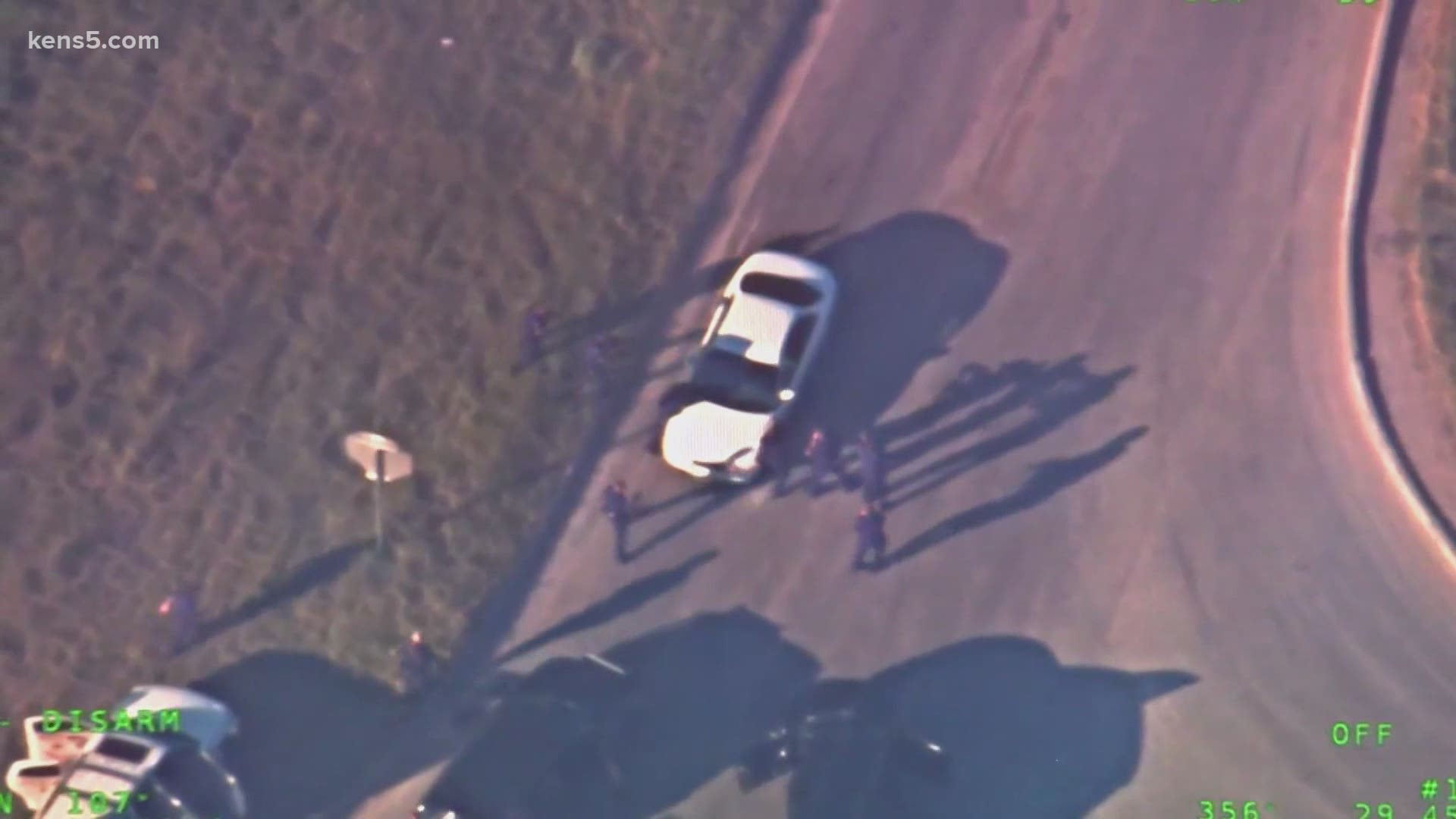 SAN ANTONIO — Jurors in the ongoing Otis McKane trial were guided through aerial video of San Antonio SWAT team members converging on the defendant the day after Detective Benjamin Marconi was shot and killed in 2016.

Sergeant Steven Miller, with the Texas Department of Public Safety, testified on Wednesday as prosecutors showcased video captured from an aircraft 12,000 feet in the air.

The video shows the journey of a white Buick being driven by McKane until it was stopped by law enforcement.

McKane’s wife, Christian Fields, and a child were also in the vehicle at the time.

The footage reveals a flash bang grenade going off behind the vehicle followed by SWAT methodically making their way toward the driver and passenger-side doors.

“I opened the driver’s side door, scanned and assessed the suspect for any weapons on his person, undid his seatbelt, assisted him to the ground, at which point he was handcuffed and taken into custody,” said Daniel Elborne, another member of the SWAT team that helped take McKane into custody.

The state has brought more than 40 witnesses to the stand since the trial started last week.

McKane faces the death penalty if convicted by the jury. The trial resumes Thursday.