A La Vernia cheerleader informed police that she was standing on the track during the game when "she felt a hand slide back and forth on her lower back." 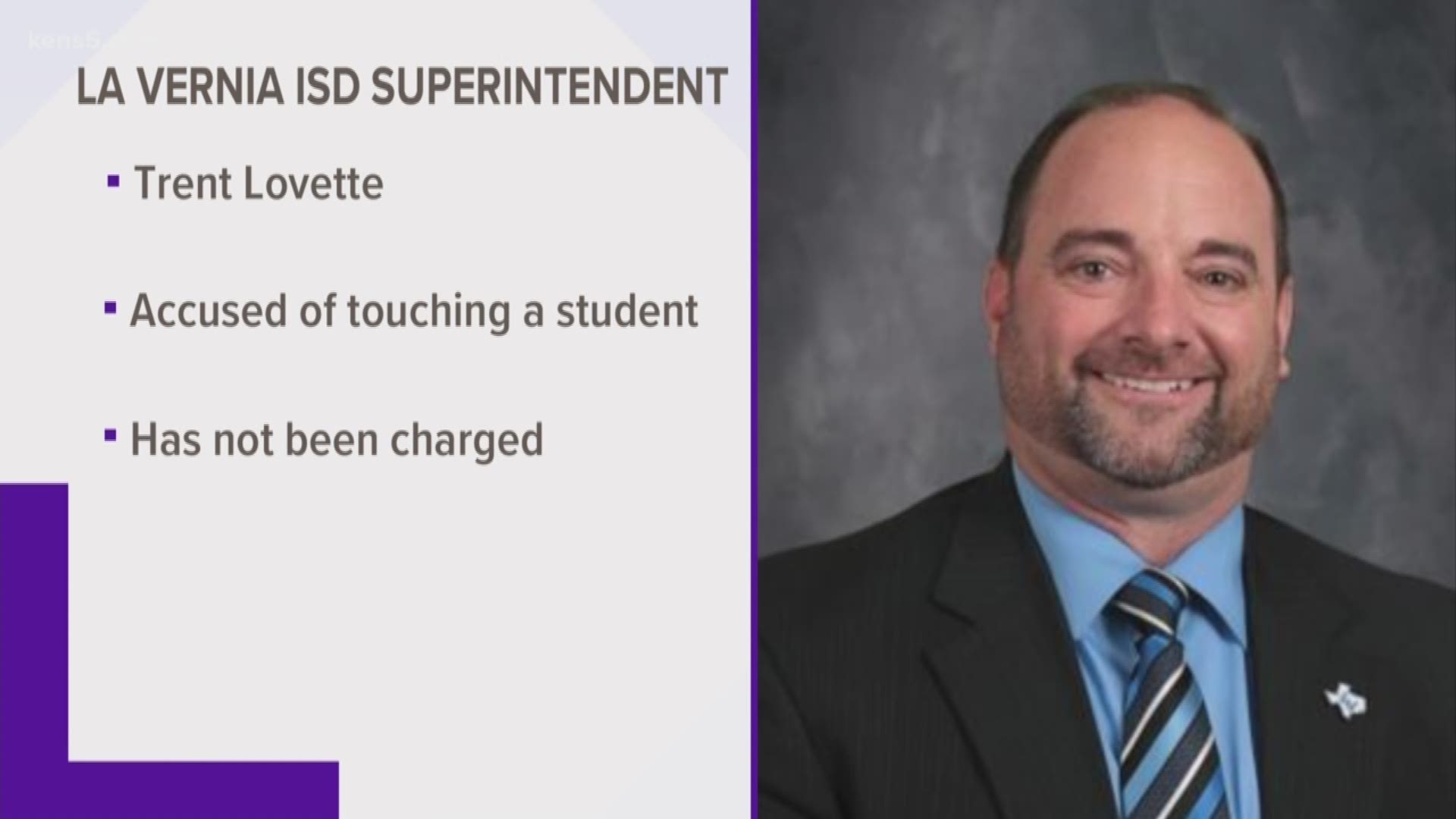 According to an incident report obtained by KENS 5, an officer with the Sinton Police Department was providing security during a high school football game on August 30 at the Sinton High School Stadium. The officer was approached by a La Vernia cheerleader, who told the officer she was "touched inappropriately," the report states.

The cheerleader informed the officer that she was standing on the track when "she felt a hand slide back and forth on her lower back." She also told the officer she heard a man's voice "asking her how her how she was doing" while she was touched.

The police report states that the cheerleader was able to identify the man as Dr. Trent Lovette, her school's superintendent. She told the officer it was "an uninviting touch and made her feel uncomfortable."

Dr. Lovette has not been formally charged in the incident. The La Vernia school board is holding a special meeting Friday to discuss his employment.

The La Vernia Police Department has declined to comment on the incident. A spokesperson for La Vernia ISD offered the following statement in regards to the incident:

This is a matter that involves the privacy rights of district personnel and students and is subject to an ongoing law enforcement investigation, and the district is not in a position to comment on the matter or conduct interviews at this time.