She was set to be released from prison in March of 2018 due to overcrowding after being sentenced to 99 years in 1982. 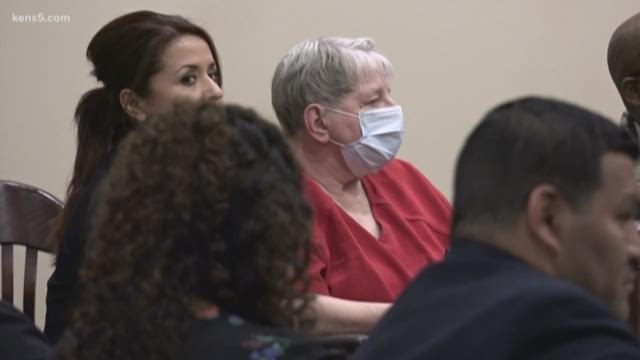 District Attorney Nico LaHood said the DA's office offered a plea bargain for Genene Jones and she and her attorneys have until Jan. 31 deadline to choose to accept it or not.

Lahood said families of children killed are aware of this possible plea bargain and agree with it.

Jones was taken into custody Monday and processed into the Bexar County Jail without the possibility of bond.

She was set to be released from prison in March of 2018 due to overcrowding after being sentenced to 99 years in 1982.

Andy Kahan, a crime victim's advocate for the city of Houston, has been working closely with a family that say Jones killed their children.

“Just seeing her being paraded into Bexar county jail, facing new charges, very rarely do homicide victims get a chance to smile."

Jones, 66, has been indicted on numerous new charges related to her role as a nurse at University Hospital in the early 1980s when a number of infants died under her care. Jones has been accused of injecting children with a powerful muscle relaxant.

“You know what went through my mind and I'm sure a lot of...this is the first anyone has seen the angel of death, the nurse baby killer in over 30 plus years,” Kahan said.

“These were victims who couldn't run, who couldn't yell, who couldn't fight back and for 30 some odd years, to have that notion that this particular individual is responsible for your death, there's a price you pay,” said Kahan.