Edith Riddle, 34, arrived at the school wearing a boxing glove telling school officials it was Super Glued to her wrist and she couldn't remove it, a report says. 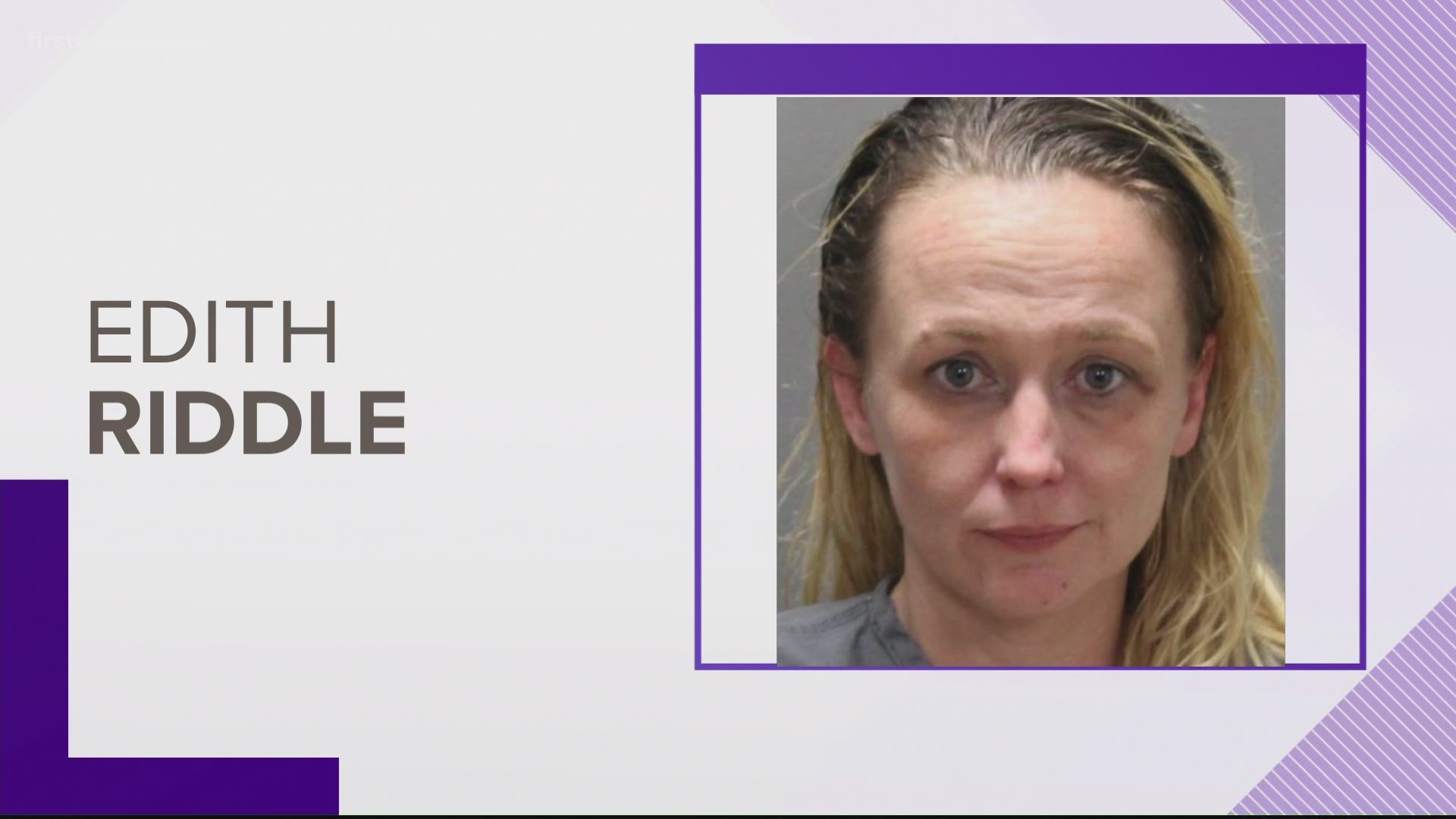 JACKSONVILLE, Fla. — A Jacksonville mother is charged with child abuse after a fight with another student on the campus of Dupont Middle School last week, a Jacksonville police arrest report states.

Edith Riddle, 34, was arrested by Duval School Board Police on Thursday, the report states.

A school safety officer heard a teacher's "frantic" announcement over the school radio that there was a fight occurring outside the cafeteria at 12:14 p.m., according to the report. When the officer arrived at the fight location, he found Riddle had been involved in a physical fight with the victim, the report states.

Riddle had just exited the school with her own daughter after a meeting with the vice principal on campus, according to the report. Rather than exiting the campus directly, the daughter walked out of her way through the cafeteria to engage the victim in a fight, the report says.

Riddle's daughter pushed the victim to the ground and threw some punches before the suspect also joined in punching the victim, who was lying on the ground, according to witnesses. A witness also said Riddle appeared to have a boxing glove attached to her left hand, according to the arrest report.

The report says Riddle had the boxing glove on her hand when she arrived at the school and had told the school it was super glued to her wrist and she couldn't remove it.

The victim suffered abrasions to her knees and forearms, according to the report. The girl's parent arrived at the school and told police she wanted to pursue criminal charges, the report says. The parent took the victim to St. Vincent's Hospital for a follow-up evaluation.

Riddle and the victim are not related, according to the arrest report. She was arrested and charged with one count of child abuse with personal/special weapon.

Credit: Jacksonville Sheriff's Office
Edith Riddle, a 34-year-old mother, is facing charges of child abuse after a fight with a student at a Duval County Public School, according to JSO.