The woman wasn't the only person shot when this fight broke out. A man was also found shot in the torso, but police believe he may have been involved in the fight. 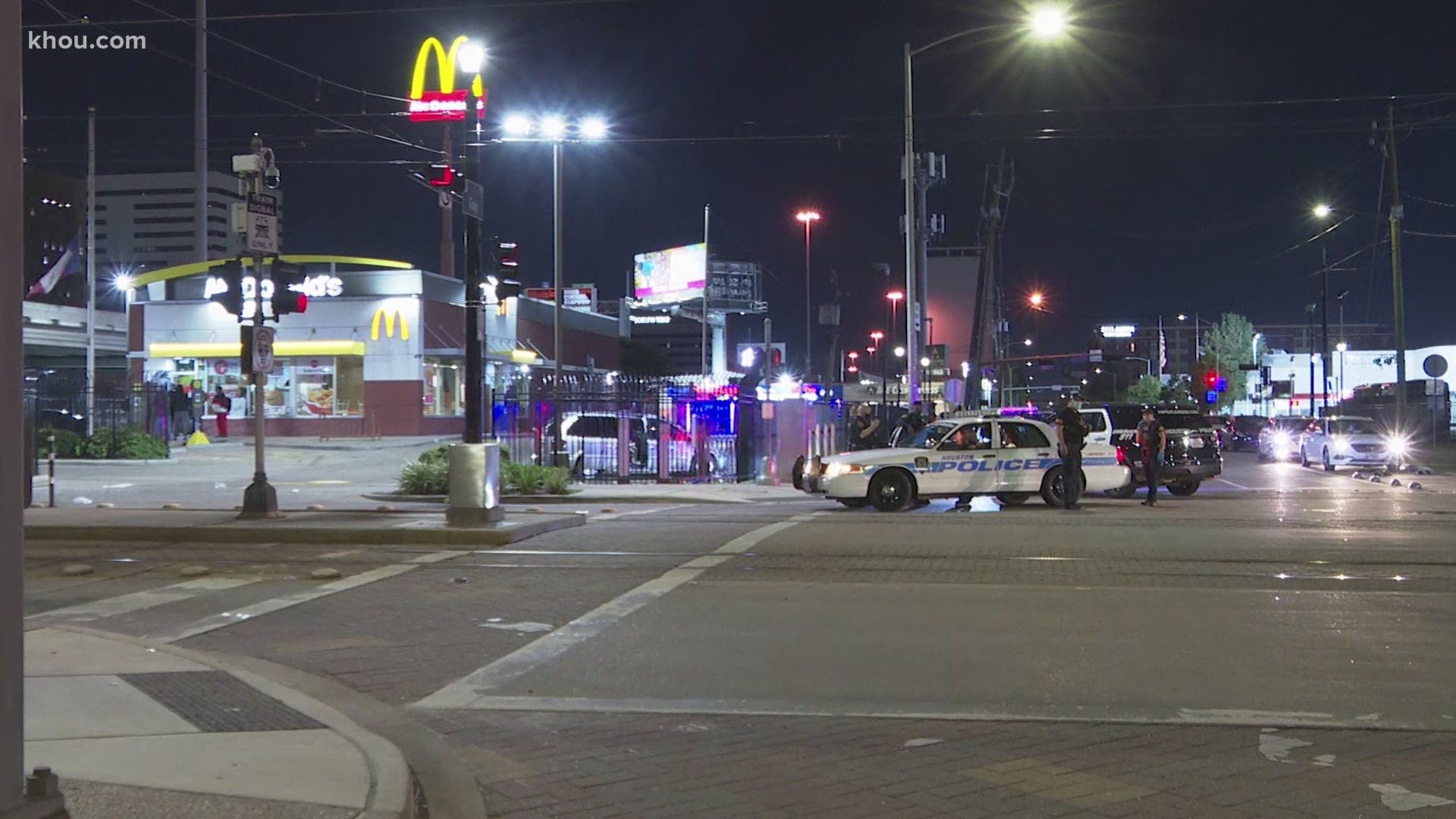 HOUSTON — A woman was shot in the face and an man in the torso during an violent altercation early Saturday on the streets of downtown Houston.

It happened about 12:40 a.m. at the intersection of Gray Street and Main Street. The victims have been identified as a 22-year-old woman and a 54-year-old man.

According to Houston police, several officers were in the area doing routine patrol when they heard several gunshots.

The officers drove to the area where they believe the shots came from and saw a group of people running towards them. In the group, there was a woman who had been shot.

While providing aid to the woman, police heard another round of gunshots from about two blocks away. When they went to investigate that scene, they found an injured man.

The woman was taken to the hospital in critical condition and the man in stable condition, but according to police, both are expected to survive.

On Monday, investigators said the two groups were walking down the street when one party started firing at the other. The second group returned fire, leading to the man and woman being injured.

Earlier reports said the woman was an innocent bystander struck by a stray bullet. Meanwhile, the male victim is allegedly involved with one of the groups.

This investigation is ongoing.